The Grand Canyon 100 is part of the Grand Circle Trail Series of races hosted by Ultra Adventures, a trail running group led by Matt Gunn since 2011.

The races are all located in the “grand circle” area, which is in a ring that covers sections of Utah, New Mexico, Colorado, and Arizona where a high concentration of parks and spectacular scenery make for some world class ultra running. 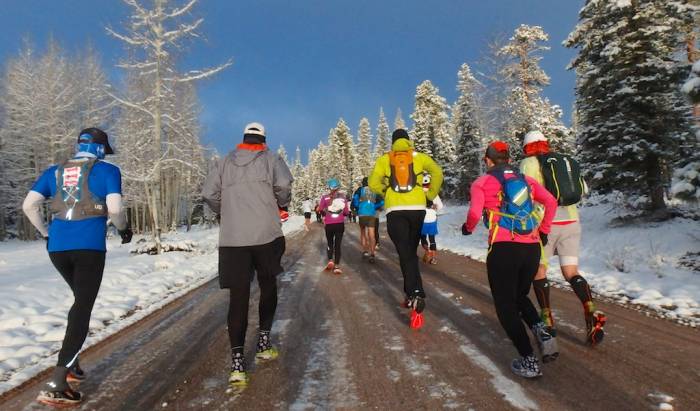 The races are moderately priced ($275 for a 100 miler). I found aid stations well stocked with a variety of foods, the course was well marked, and volunteers helpful and positive.

Weather did complicate matters during the Grand Canyon 100, and organizers were forced to re-route some of the shorter races held concurrently. A truck getting stuck also delayed some drop bag deliveries, but, in the wilderness, those things happen. The race did go on, with a remarkably high finisher rate.

I will be back to run more races by Ultra Adventures, although the distance, well, that remains to be seen.

Up Next: Carnage! ‘Cheese Roll’ Is Stupidly Awesome