Adidas Outdoor touts its new shoe sole is “constructed like a mountain bike tire.” This includes big, ground-gripping lugs made of a rubber from tire brand Continental, some nearly a half-inch long. 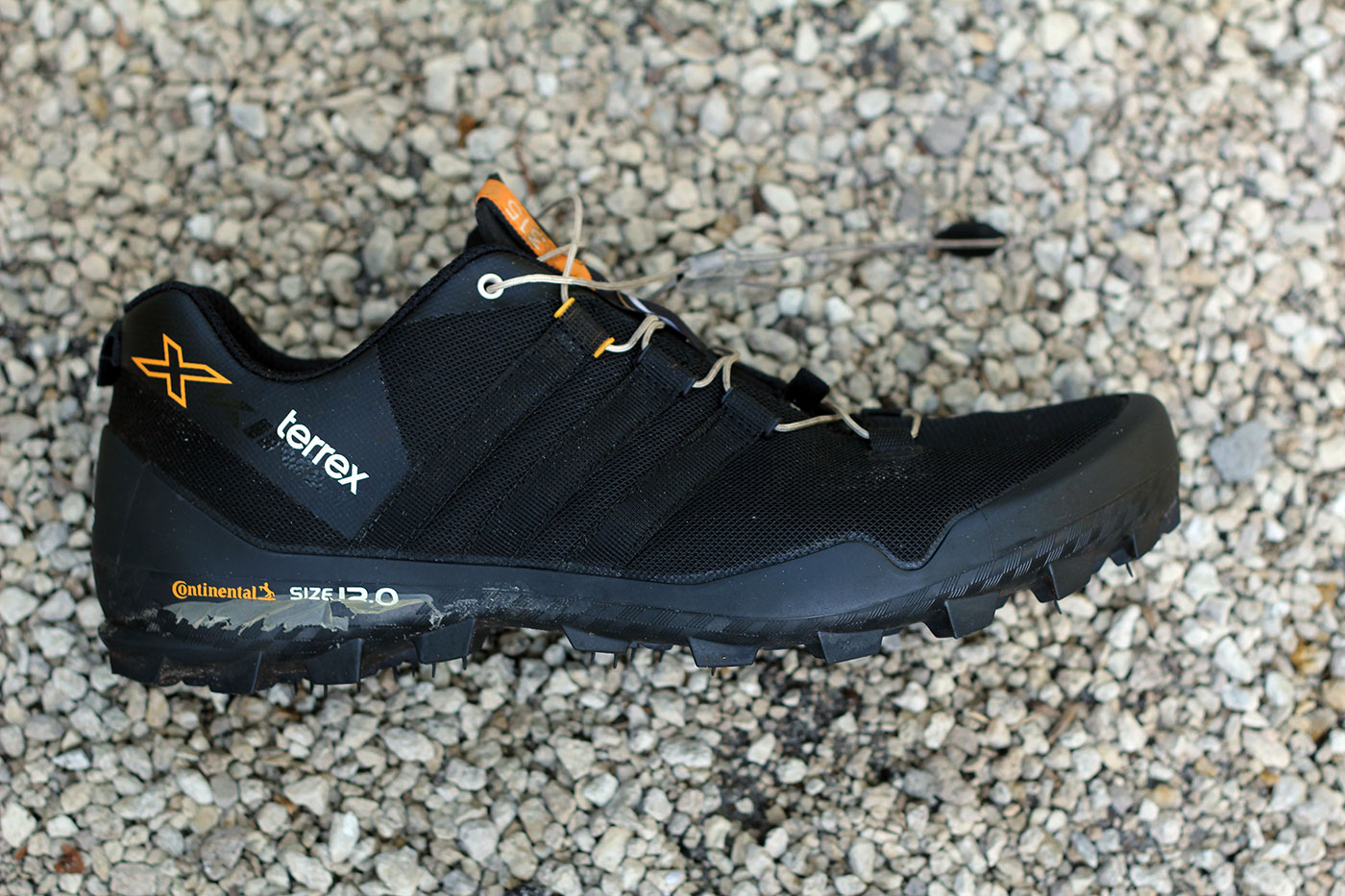 Fused atop the toothy sole is a mesh upper with a no-tie cinch lace system and a beefy removable foam midsole to cushion strides. It comes to market as something new in its category of running shoes made for rough trails and mountain terrain.

Called the Terrex X-KING, the shoe will cost $165 when it goes on sale this spring. I got an early test model to review, and over the past month I put the shoe to task on dirt trails, in mud, on rocks, snow, ice, and some pavement in two states and through a range of temps.

Adidas is a stalwart athletics brand. Its newer outdoor division has gained my respect in recent years with innovative design and a different take from many mainstream outdoor-industry brands.

This shoe is a good example. In addition to the “bike tire” outsole, the overall design diverges with an exaggerated midsole and an upper that’s little more than a sole-supporting shell.

The company notes the Continental sole is “heat-pressed directly into the upper material” to save weight and create a shoe that’s “lower to the ground.”

The design at first struck as consanguineous to some Salomon models I own, including the quick-lace system and the shoe’s general aesthetic and shape. But the Adidas build differentiates itself with the unique midsole, which weighed nearly 3 ounces on my scale.

Without its massive midsole, which is made of a springy EVA foam, the Terrex X-KING is only a supple framework of a shoe. In addition, there is no thin, removable footbed.

But add the midsole and you gain cushion, support, protection, and fit from a deep, concave heel cup and “wings” that cradle adjacent to your metatarsal heads. The two-piece system of a shoe functions as a fast all-terrain vehicle for your foot.

The non-waterproof shoe was not designed for snow, though it worked fine on moderate winter days as I plodded over a frozen trail. For pavement, the shoes were obviously too much, though the tread served to cushion each stride, with rubber absorbing shock against the hard surface.

On rock, the “mountain bike” rubber gripped well though not extraordinarily different from other sticky rubber. But the extra-large lugs dug in for traction as I paced a swampy few miles through a Florida state park.

For flat dirt I found the extra grip underfoot to be overkill; these shoes are more appropriate for steep, loose, rocky venues where the many protruding cubes and chevrons of rubber can meld to the terrain.

Adidas claims the shoes are light weight and low-to-ground (they have 6mm drop from heel to toe). I partially question both claims, at least if set side by side with comparative models from Salomon, Inov-8, La Sportiva, and other fell-running and mountain-oriented brands.

In size 12, my test pair of Terrex X-KINGs weighed about 13 ounces per shoe. That is average, not “light.” And with an inch of foam inside plus the big lugs I did not feel the shoe was any closer to the ground than a traditional trail-runner. 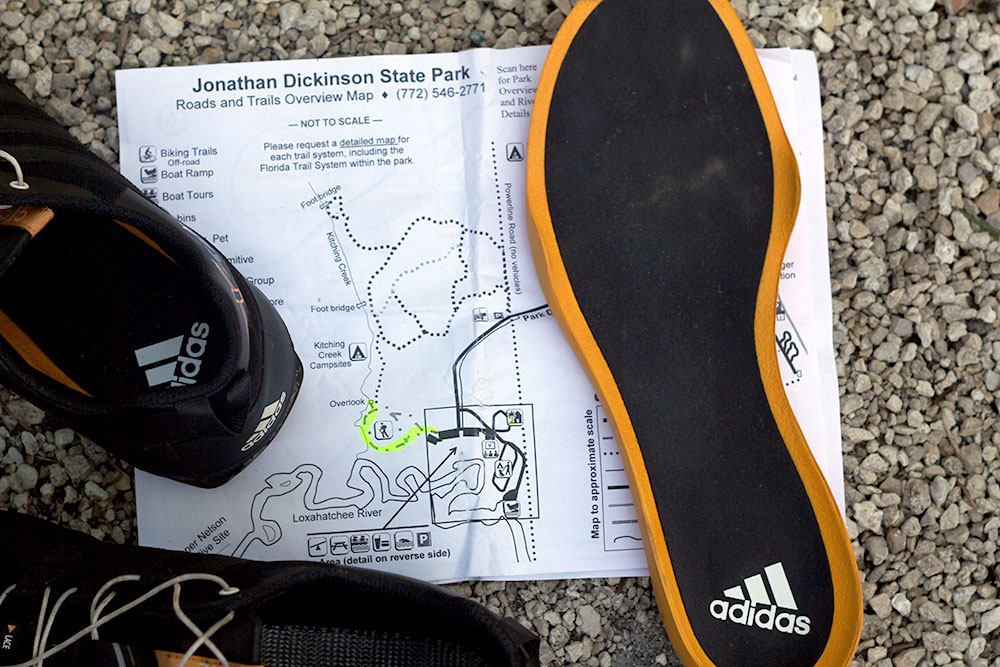 All that said, I like how this shoe ran. It hits a middle point between the minimalist models in my closet and more bulky trail shoes. I was comfortable for 10+ miles running in the Terrex X-KING, and the shoes excelled where the terrain got muddy and steep.

–Monitor Adidas Outdoor for updates on the Terrex X-KING.