Tylandra Callands runs with a gun. That’s legal in Washington state and certainly a normal sight around the military base where she lives with her husband, an active-duty Navy submariner, and three young children.

Packing heat isn’t really what raises eyebrows. It’s the running. Originally from South Carolina, Callands is a black woman on the move, and not the “thinnest, fastest runner,” she says.

But that doesn’t seem to stop her from breaking down stereotypes: Black women do run. And Callands isn’t the only one. 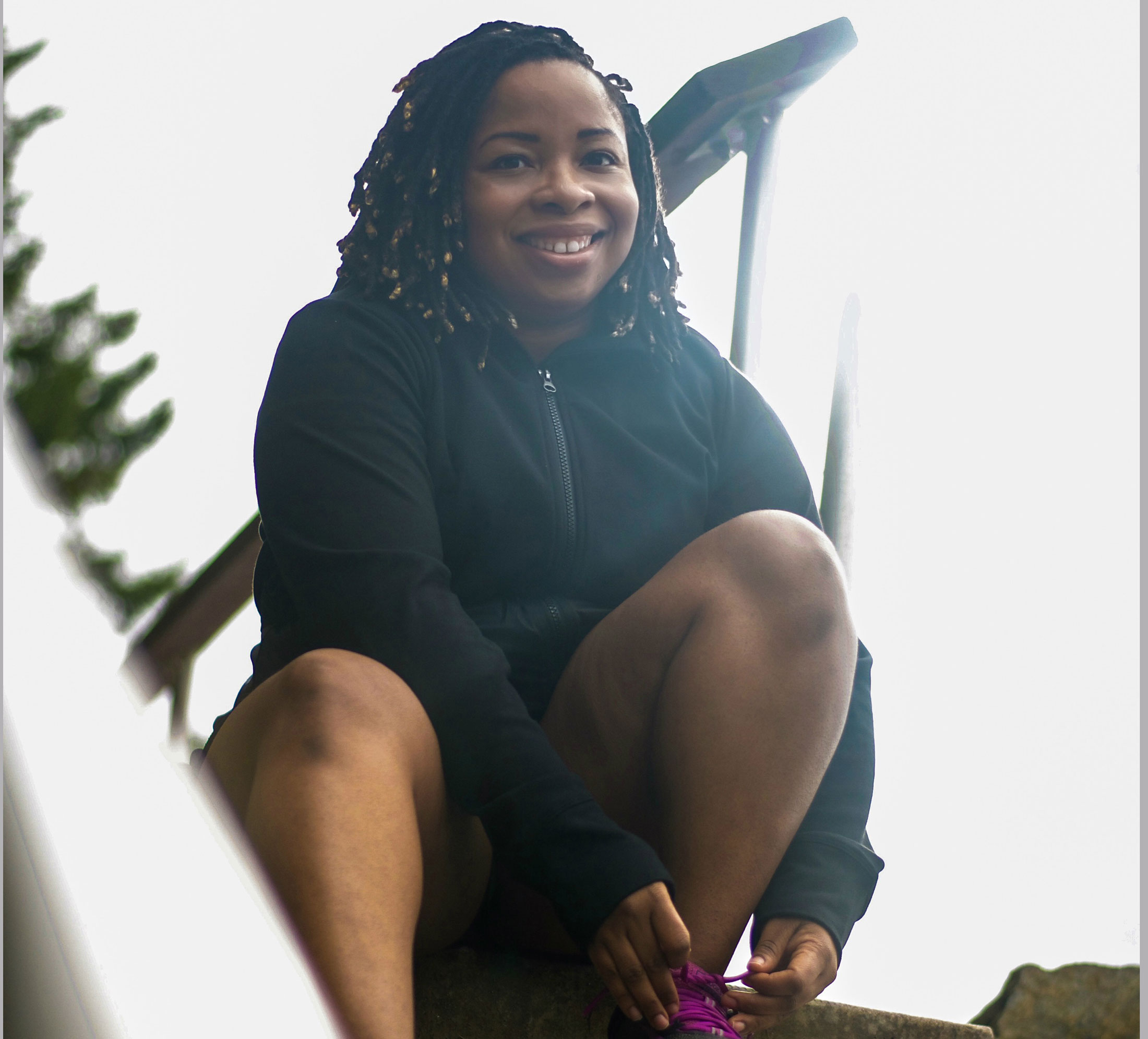 She’s found like-minded people through RUNGRL, a network empowering women of color to run, whether it’s for fitness or to achieve a race goal.

“We’re a minority in Washington state, but when I can see other women of color running, it’s so inspirational,” she said. “We come from all different walks. And it proves that you can run in the rain, you can run in the hills, and you don’t have to be the fastest.”

The group gave Callands enough mojo to train for the Virginia Mason Mother’s Day Half Marathon in Kirkland, Washington, which she completed with her husband.

It wasn’t pretty. First, her babysitter canceled on race morning. Callands’ father-in-law swooped in to save the day, but she arrived at the start line as the air horn blew.

Panicked but pumped, she was able to hold a steady pace until mile 8. That’s when the hills took their toll, her music and mileage tracker crashed, and the chafing ensued. This time, Vaseline saved the day.

She and her husband stopped, took in the Pacific Northwest’s rivers, birds, and mountains, and put it all in perspective. It wasn’t perfect, but they were outside running for the fun of it.

Callands finished 312 of 337. The accomplishment, not the number, stuck with her.

Running as a Military Wife and Mom 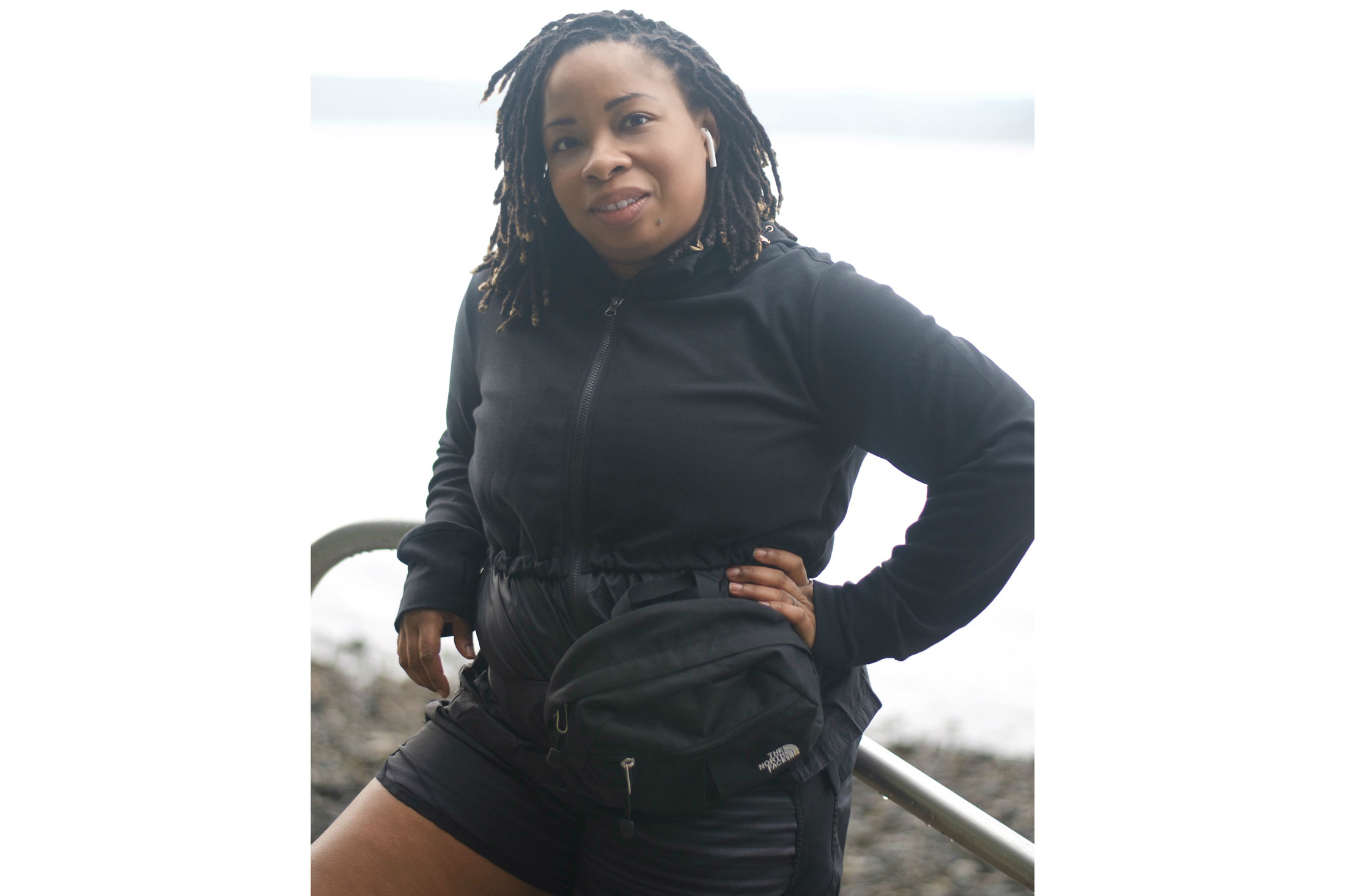 Today, Callands is balancing more walking than running with volunteering for her kids’ schools and local social justice efforts, passing the LSAT to attend law school next year, and managing a biodegradable tableware brand on the side.

She has a 10K in her sights for later this year. But training has been tough of late. “It has been raining for 21 days,” she said. Her youngest child now goes to preschool, so that gives her one 3-hour window a day. She packs in a lot but tries to prioritize exercise.

The military is all about sacrifice — deployment and missed milestones. Being a military spouse requires a delicate balance of give and take. And so far, Callands hasn’t found any women of color who will take her up on a run. That’s still a mission: to find more black women who she can lean on at the base, not just online.

But let’s be clear, some this is about the hair. Callands said in a blog on RUNGRL that she believes more black women don’t run because of “the fear of the time it takes, the fear of getting out there in the elements, or the fear of our hair being ruined.” 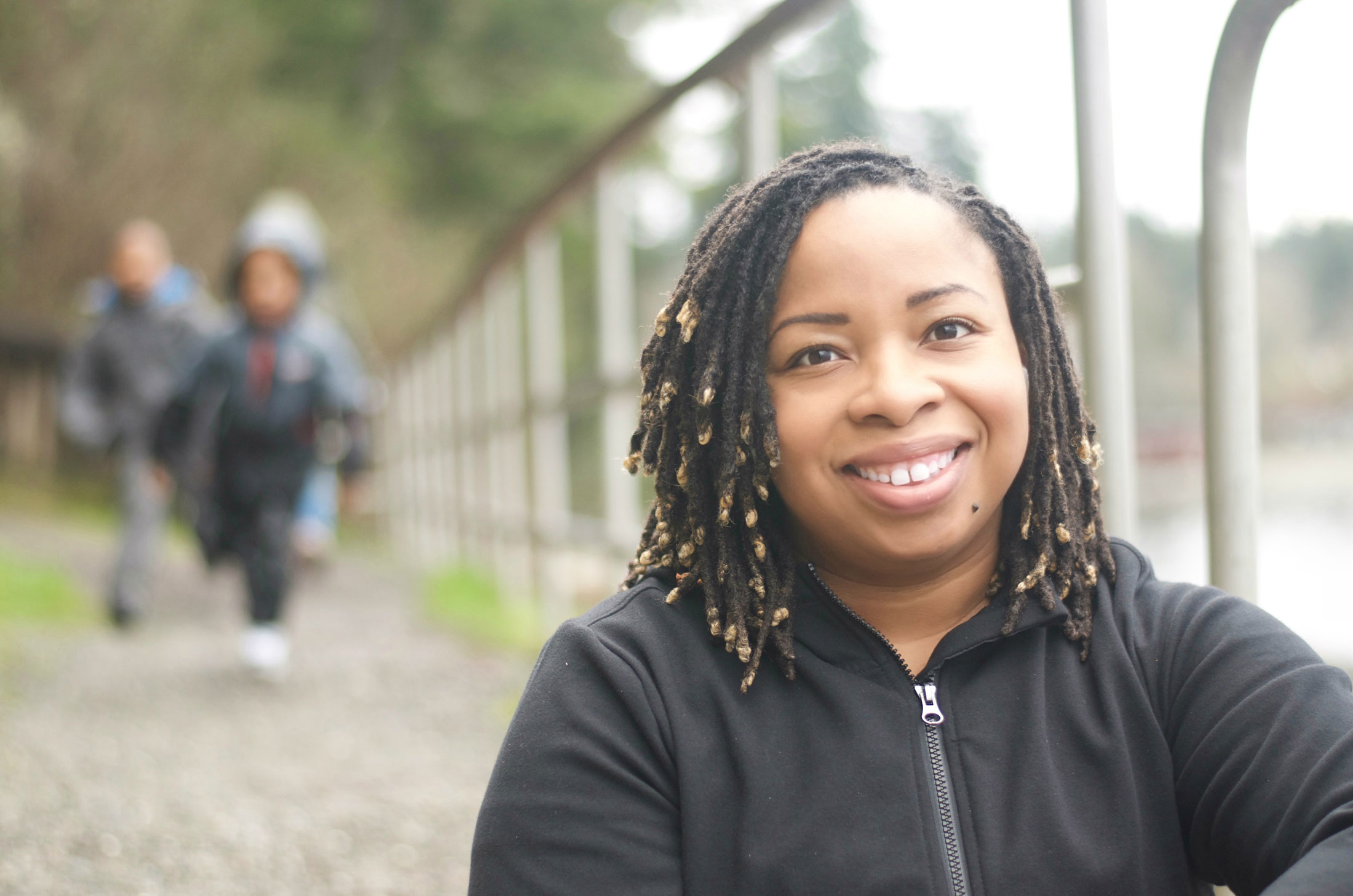 She’s ready to keep it real — and change the narrative. Her solution? Let your hair go. Go natural.

“The biggest issue with running is the humidity, rain, and sweat,” she said of the elements that can turn textured hair into a frizzy mess. “So I had to switch hairstyles. I have locked hair. And in a way, it has given me great freedom.”

It’s a timely issue. Last year, California became the first state to ban discrimination based on natural hair. Washington state introduced a similar bill last month. “The Supreme Court is saying don’t discriminate,” Callands said, “and we can take it all the way down to someone who wants to run a marathon.”

For now, Callands is taking her locks, her gun, her cushy running shoes, and her favorite fanny pack on her runs. And she’s not looking back.

This article is brought to you by running shoe brand HOKA ONE ONE. What’s your “Time to”?