Runners need water on the trail. For many, this means hydration vests, belts, and packs to haul water, food, and light jackets. But some runners dislike how much they bounce or chafe.

Ultimate Direction claims to have found a new trail-hydration solution with its HydroLight Series.

Ultimate Direction will release the HydroLight series at the Outdoor Retailer trade show next week. The shirts, shorts, and tights with integrated water bottle holders will hit the market spring 2019. The series lets runners hydrate on the move without wearing extra gear outside of their clothing.

“HydroLight Series gear is for the runner who wants more comfort and convenience,” said Allison Juhasz, product designer at Ultimate Direction. “Anyone who doesn’t like strapping on a belt is going to love this.” 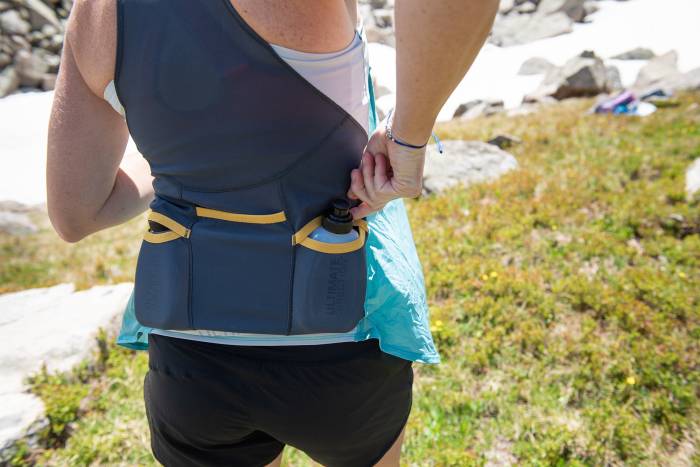 The eight-item HydroLight line comprises skin-tight shorts and leggings, shorts, a tank, and a skirt. All of the items have room for two FlexForm 300-mL bottles and have extra pockets. Ultimate Direction custom builds the bottles to fit specific pockets.

Ultimate Direction claims the bottles won’t bounce when you run. It has placed them so as to eliminate chafing and complement a running stride. 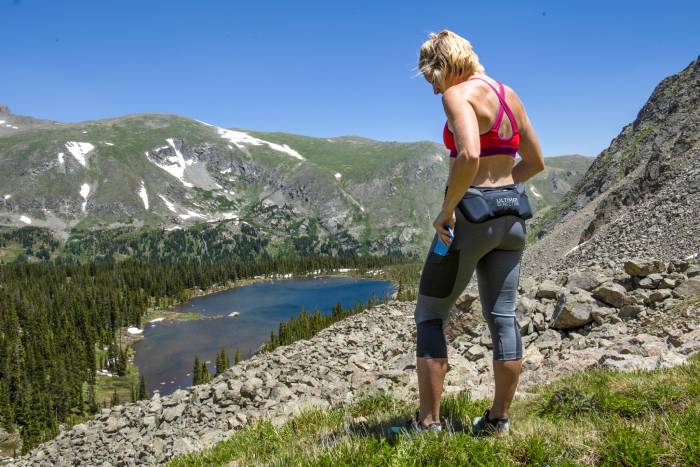 The bottle holders stay tight with stretch mesh, with an additional flap to hold the top tight.

The larger items in the line, like the 3/4 tight, has room for big phones, keys, gels, and even a small jacket. And, as you can tell from the images, the center back pocket is huge and can expand to fit large items.

According to the brand, the HydroLight gear line allows runners to carry a remarkable amount of gear without looking bulky or overbuilt.

“I was able to accomplish this by using a combination of apparel and pack materials with varying degrees of stretch in innovative ways,” said Juhasz.

Up Next: ‘All-Terrain Tent’ Pitches on Land, Sea, and Air