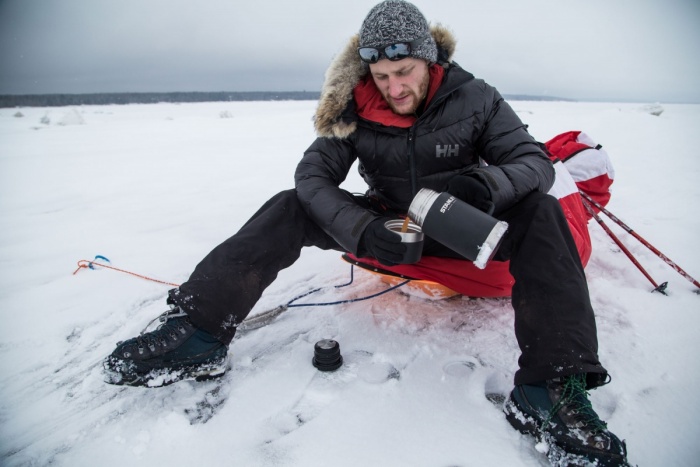 It happens when I’m walking with the dog, while grasping cold tools, or responding to texts on the mountain. The cold saps the warmth out of my digits. Then the frigidity sets in, followed by pale skin capped by achy digits that can make a fully-bearded man cry.

Have cold hands? It might be more. Here’s a quick rundown on Raynaud’s disease from someone who has experienced it.

Raynaud’s Disease: What It Is

According to Raynauds.org, Raynaud’s is a circulatory disease wherein the cold causes superficial vessels in the skin to constrict, resulting in pale and potentially numb digits. Rewarming digits will feel tingly and potentially painful.

Cold digits are the result of the body’s natural instincts to preserve body heat in extremely low temps. Ice climbers, mountaineers, and polar explorers will experience similar sensations in severe cold. For those with Raynaud’s disease, the body overreacts to exposure to cold, causing blood vessels in the extremities to constrict even in mild environments.

When it's too cold for gloves, a good pair of mitts is crucial to enjoying any winter activity. Read more…

The Mayo Clinic, located on the cold tundra of Minnesota, shares that there are two forms of Raynaud’s. Primary Raynaud’s is the most common form, is more common in women, and affects those who live in colder climates.

Raynaud’s can also be caused by over-the-counter medication and certain drugs.

Over time, attacks can cause the blood vessel walls in your digits to thicken, further reducing circulation into your hands, repeating the cycle of pain.

How To Identify Raynaud’s Disease

Only a doctor can appropriately diagnose Raynaud’s disease. But the symptoms are pretty clear. The contraction of the superficial vessels in your hands and feet (vasoconstriction) prevents blood from reaching the skin. As a result, the skin will look pale, or even blue (see photo above).

The attack can be fleeting – lasting several minutes – or last over an hour. Your hands and feet will ache as blood returns to your digits.

How To Avoid Raynaud’s Disease

If you know you are prone to attacks, the best prevention is to avoid cold environments altogether.

I know people who have chosen to live in southern states to avoid the cold. A less aggressive solution is to wear warm socks and gloves.

Keep a set of heat packs for gloves and boots at the door and use them judiciously. On a series of century rides over the holidays, I jammed two heat packs in each glove and packed the boots with toe warmers. I was mildly less miserable.

Raynaud’s disease itself cannot be treated. But you can reduce the potential for an attack.

Follow the same protocol as you would for frostbite or hypothermia:

For severe Raynaud’s, medications called vasodilators can be prescribed because they relax the vessels in the extremities.

Primary Raynaud’s disease is more common and has fewer complications than secondary Raynaud’s. Longer attacks could eventually lead to tissue damage and might be an indicator for a related disorder.

The risk for related diseases is low, but see your doctor if symptoms increase.

Up Next: Winter Traction: Which Kahtoola Spike Is Right for You?