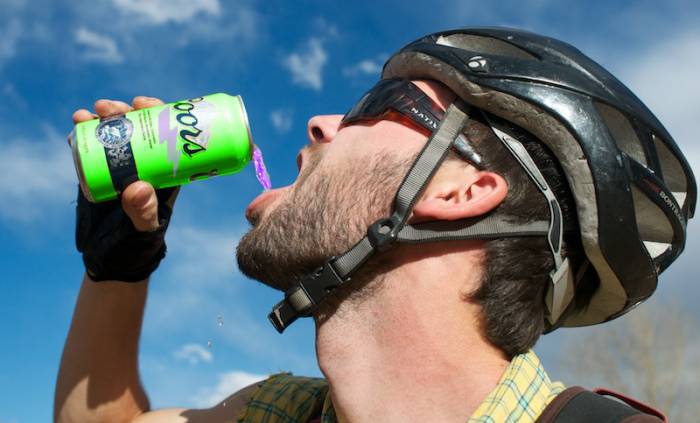 In a crowded energy-drink market filled with fruity flavors, the mega-brewery in Golden, Colo., believes the Coors Extreme performance beers will find a niche.

The new energy brew has a subtle mix of fermented barley, hops, sodium and monopotasium phosphate. It comes in Orange, Lymon-Aide and Blueberry Lager.

“Our flagship Coors Light is mostly water anyway,” said a Coors brewmaster on condition of anonymity. “So why not load it with electrolytes and give athletes what they want?”

While the link between outdoor athletics and beer are well established, industry insiders speculate the energy beer launch is in response to marketing campaigns aimed specifically at outdoors enthusiasts by Michelob, who’s “Ultra” is an entirely acceptable water substitute as a recovery drink.

“I mix it with my Skratch Labs electrolyte powder before mountain biking,” said Colorado resident Michaél Powellski. “I guess I’m just ahead of the curve.”

To launch the new energy beer, Coors will host an ultra-endurance race starting in Golden next month.

“100 miles and energy beer at every ‘water’ stop,” said the race manager. “This is going to be like herding cats.”

Coors gave our reporter access to one of its athletes, Shawn Tullhasse, 33. “My CamelBak has never tasted so sweet, although I’m trying to learn how to cope with the gas,” he noted. Tullhasse was among 15 runners and cyclists Coors has selected for its just-announced athlete squad, Team Sudz.

Pretzels and a bridge mix are said to be a favorite fuel to accompany the Energy Beer. A policy bans Coors athletes from Gatorade or other traditional electrolyte-enriched drinks, with the company citing “too much sugar and marketing B.S.” surrounding the category.

Noted Tullhasse, who has not completed an ultra since 2010, “I gave up the fruity stuff years ago anyway for beer — it’s just better for me and my body. But participating in sports while drinking alcohol is a horrible idea, so I’m glad this is just a joke. Happy April Fools’ Day!”

Up Next: Clif Organic Energy Food