Nuun is going natural by replacing some ingredients with plant-derived alternatives. 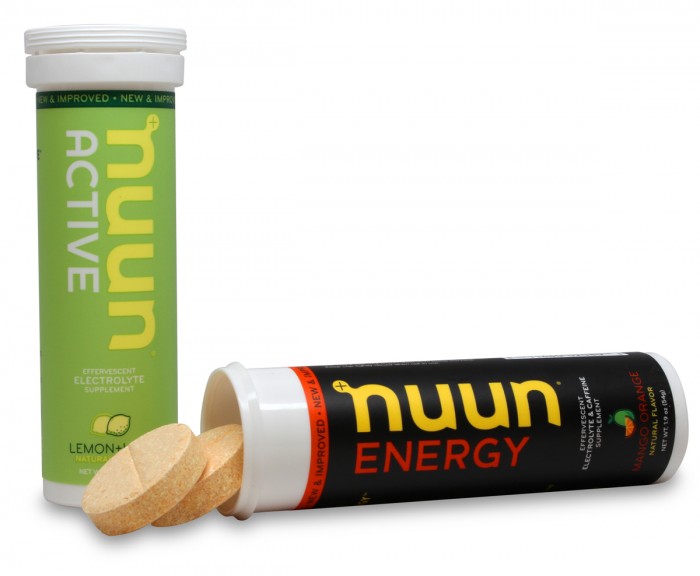 Nuun, pronounced “noon,” is a leader in electrolyte replacement drinks . With the goal of making its products the pinnacle of clean living, the most popular lines, Active and Energy, have changed for 2016 to remove all preservatives and non-natural ingredients.

Nuun, founded in the fall of 2004 when Tim Moxey began tinkering to create a better sports drink for competing at Ironman, quickly became a fixture at endurance events like ultra-marathons and triathlons. We’ve drunk it at many events and found this product — launched as a case study while Moxey was attending the Tuck School of Business at Dartmouth — at many races.

The goal of the new Nuun recipe, just released this winter, is for every ingredient to have a functional performance or a health benefit. While the original formula had a blend of “optimal electrolytes,” Nuun changed the formula across the Active and Energy lines using all plant-based ingredients including monk fruit extract, stevia leaf extract, and avocado oil.

The brand says the performance of the product is improved with the addition of non-GMO sourced dextrose; and it is now certified Vegan, Gluten Free, Soy + Dairy Free, and “Clean Sport” via Informed-Choice Trusted by Sport.

All the ingredients now are natural and without preservatives. The preservative sodium benzoate (which was in previous formulas) was eliminated, reducing the new product’s shelf life to two years. 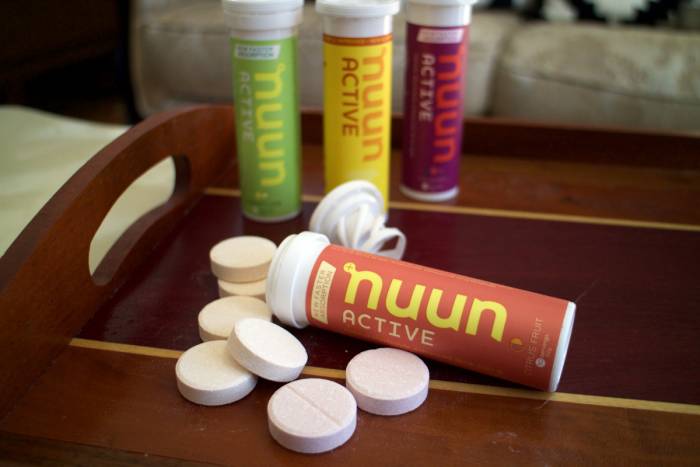 The non-GMO dextrose now acts as the binding agent, replacing Sorbitol. Polyethylene glycol, used in the manufacturing process, was replaced with avocado oil. The sweetener Acesulfame potassium was replaced with monk fruit extract and stevia, hence the move from artificial to natural sweetener. And caffeine was replaced with organic green tea extract, moving that critical boost from a synthetic to a natural source.

A note on the addition of dextrose: This fast-releasing carbohydrate increases the rate of fluid and electrolyte delivery to muscles by utilizing multiple absorption pathways, ultimately improving efficiency of uptake, according to the brand. Non-GMO certification is in progress for the new products.

To test the new formula, I chose a workout for which I already had a solid control group: My backyard trail run at 8,300 feet, replete with snow drifts, ice, and blistering winds around Barker Reservoir in Nederland, Colorado.

The results? Burning lungs, wobbly legs, one worn out Rottweiler, impossible-to-regulate body heat, but…hydration intact. And for all of the hydration supplements I test, Nuun is one that always pleases my taste buds. 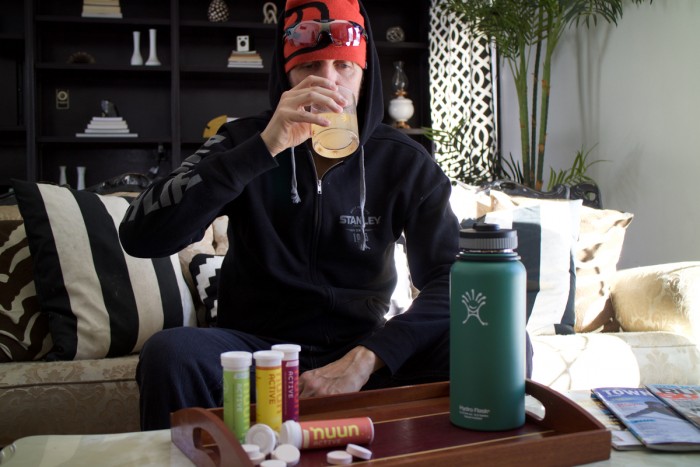 Despite any associations you might have with tablets and Alka-Seltzer, this is one of the easier-drinking hydration additives I use on a regular basis. It’s definitely sweet enough for even the pickiest palette and dissolves with a fizziness that makes you think you’re about to down a San Pellegrino. Both of the new and improved flavors are delicious in my opinion.

They’re also really easy to carry and use. Not unimportantly, all Nuun products are, and always have been, sold in multi-serving, recyclable little tubes — encouraging people to drink from reusable water bottles.

The development process began two years ago. Rutherford, alongside Chief Nutritionist Vishal Patel, had two goals: maximize performance with the currently available resources, ingredients, and research; and develop the cleanest, healthiest product on the market.

Nuun is not a sugar-laden product. Because athletes don’t need additional carbohydrates for the majority of workouts, only one gram of sugar (non-GMO dextrose, four calories) was added to increase the rate of fluid and electrolyte absorption. Each tablet is 10 calories.

For longer workouts, Nuun makes a product called PLUS, which you can add to Active or Energy in 20 calorie tablets. I’ve used all of these Nuun products extensively for running and cycling over the last few years, and while I love to carry plain old water, I never turn down a chance to plop these tablets into my bottle.

The company debuted these changes to running and outdoor specialty retailers at The Running Event in Austin and at Outdoor Retailer Winter Market in Salt Lake City last month. Nuun is now available in every Whole Foods in the country in addition to sport specialty retailers nationwide. A tube of 10 tablets costs $7.

Up Next: ‘Pump’ Real Espresso In Backcountry With Tiny Unit