Did you know Patagonia makes food? Patagonia Provisions may look like backpacking food, but the tasty offerings are at home on the trail and the dining room table. 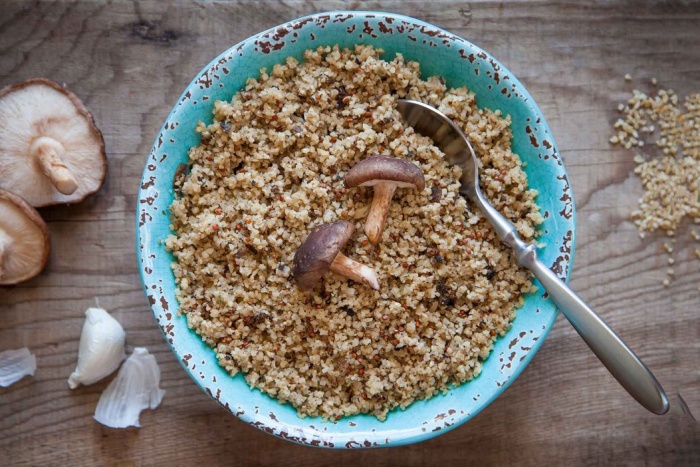 Birgit Cameron tells me of a favorite after-school snack among her kids. Instead of the usual cheap, processed junk food, she prepares wild smoked salmon, from Patagonia Provisions, atop crackers.

Luxurious as it may seem, Cameron, the director of Patagonia Provisions, sees the food her company offers as appealing to the masses, and for good reason.

Since its inception in 2012, Patagonia Provisions has steadily grown across the west coast and USA. This year, the line added Savory Grains and chili to its food catalog. It now has more than 15 food items.

You can buy Provisions in Patagonia retail stores and its online marketplace. Cameron’s goal is to sell the victuals in grocery stores as an everyday food option, not just backpacking grub.

In an essay named “Why Food?” Yvon Chouinard, the founder of Patagonia, explains why the retail giant is entering the food industry. Patagonia believes there is a great opportunity and urgent need for change in food.

In Chouinard’s words, “We overgraze our prairies, fill our livestock with antibiotics, and drain fossil aquifers to water unsustainable crops.”

Patagonia hopes to make environmental change through food. It believes “good food lifts our spirits and helps us understand the world a little better.”

This is where the Provisions line comes in. A distinct division of Patagonia, it’s based in Sausalito, Calif. The office has its own workforce dedicated to making and marketing food.

Admittedly, when we first received a box of Patagonia Provisions, my thought was “this is going to go great on my next camping trip!” (I did not think: “I know what dinner is going to be tonight!”)

The salmon, buffalo jerky, chili and grains, and, of course, the Patagonia-brand beer, screams outdoors. Dried food is a staple when backpacking, and a hike isn’t complete without jerky.

But peruse any supermarket across the U.S., and dried foods are there, too. Soups, different grain mixes, and jerky are common household commodities. Patagonia Provisions might cost a premium compared to regular options, but the taste, the environmental responsibility, and the nutrition are superior.

One offering, the Green Kale Kamut Khorasan Wheat, for example, boasts 100-percent of your daily vitamin D, a dose of calcium, 20 percent of needed iron, potassium, and 16 grams of protein.

Reading the label is refreshing. Every ingredient is understandable and organic. No weird chemical names here.

The ancient grains meals come in Green Kale Kamut Khorasan Wheat and Mushroom Kamut Khorasan Wheat flavors. It looks like a bowl of quinoa, oats, or other small grains. They cost $6.50 per 4-ounce pouch, which is possibly average for a boutique offering of sustainably-sourced “superfood.”

Although, in my sampling, the food was not that filling. The cost per meal is high. I would likely need two pouches to be filled after an afternoon of backpacking. That’s a $13 bowl of grains.

Changing The World, One Pack Of Jerky At A Time 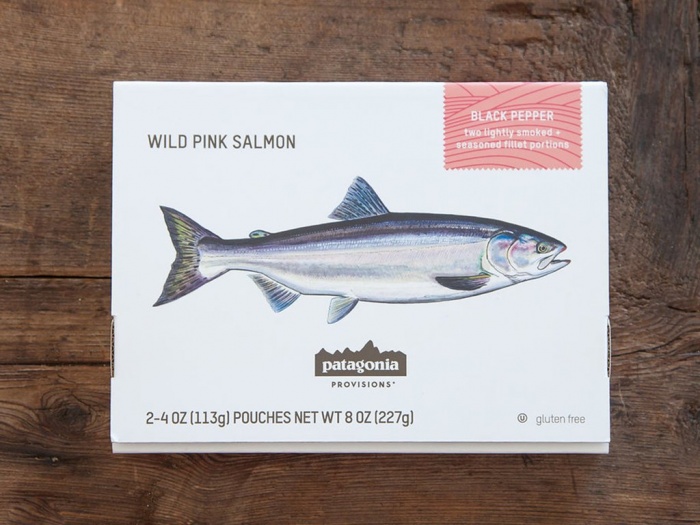 This ensures a healthy population of salmon, Patagonia cites, unlike commercial practices, in which it is difficult to discern endangered populations within a catch.

So it goes for all food from Patagonia Provisions: Its buffalo jerky promotes free-range buffalo farming, which helps revitalize grasslands in the Great Plains; the Ancient Grains promote high-nutrition, non-GMO, and organic farming; and the Long Root Ale regenerates and maintains healthy soil. Yes, its beer can help make the dirt “healthier,” Patagonia markets.

The brand's Long Root Ale might be the most environmentally friendly beer on the planet. Read more…

Browse through Patagonia Provisions’ catalog, and learn the backstory of every food decision it offers.

In spite of Cameron stating Patagonia Provisions is an everyday food fit for home, not just the trail, I admit I instinctively ate it while camping and climbing.

I cooked up chili between climbs and capped off hikes with long root ale and salmon. It was all scrumptious.

The food is easy enough to prepare and only needs water and a heat source to make—pour the dried food into a pot of boiling water, cook for a few minutes, and eat.

The food absorbs water and enlarges in size as it cooks, like any backpacking meal. It tastes crunchy when undercooked, and full-bodied when properly stewed. I let it sit for roughly 10 minutes before spooning in.

The ancient grains, chili, and Raspberry Hot Cereal mix all were delicious with complex flavors not found in grocery store options. Offerings like dried kale or Kamut Khorasan wheat aren’t your average camp (or at-home) foods. These ingredients serve to make the meals all the more exciting and enjoyable.

The serving size was slightly underwhelming, as noted above with the grains. This was especially true after long hikes or days spent outside.

Cameron eventually wants to grow the provisions side of Patagonia to equal that of the massive apparel and gear side. Rivaling Patagonia, however, is currently a long ways off.

While not yet announced, Patagonia Provisions expects to release more food throughout 2017 with a focus towards a crowd favorite: Beer.