What’s better than a daylong hike over secluded rocky trails through the remote wilds? Returning to your campsite with a hot meal waiting for you, cooked by the sun while you were away. 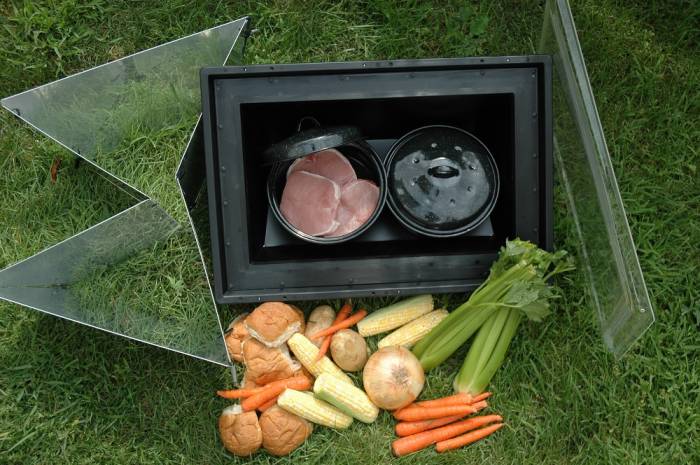 The Solavore solar oven is a portable cooking compartment that focuses and retains the sun’s rays to bake a meal without any electricity or gas.

We tested the brand’s flagship Solavore Sport at GearJunkie headquarters to see how practical (and delicious) a set-it-and-forget-it solar cooker really is.

Despite the change in ownership and business model, Solavore maintained its mission to improve the lives of women in the developing world by making solar ovens more accessible. Typically, women in these areas forego school and career to cook for their families, often on potentially lethal indoor wood-burning stoves. 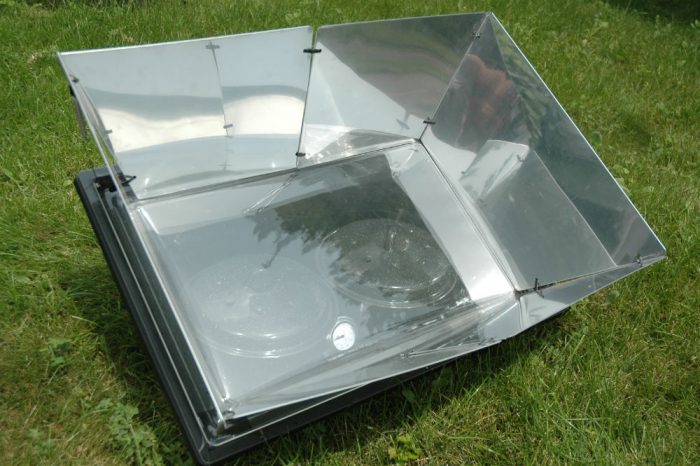 Domestically, Solavore is growing as a small business (just five permanent staff) alternative to the SunOven, a leader in the solar cooking industry.

The brand distinguishes itself as a more portable, affordable, and socially conscious contender in the market. The Solavore weighs 9 pounds to the SunOven’s 23 pounds, costs $100 less, and subsidizes the oven’s cost in countries like Cambodia and Kenya through its U.S. sales.

The Solavore Sport At A Glance

For the $229 sticker price, you get the BPA-free plastic oven, insulating cover, two 3-lb.-capacity cooking pots, and a temperature gauge.

For $40 more, you can also get a reflector, which we highly recommend, as it noticeably expedited warm-up time in our test. 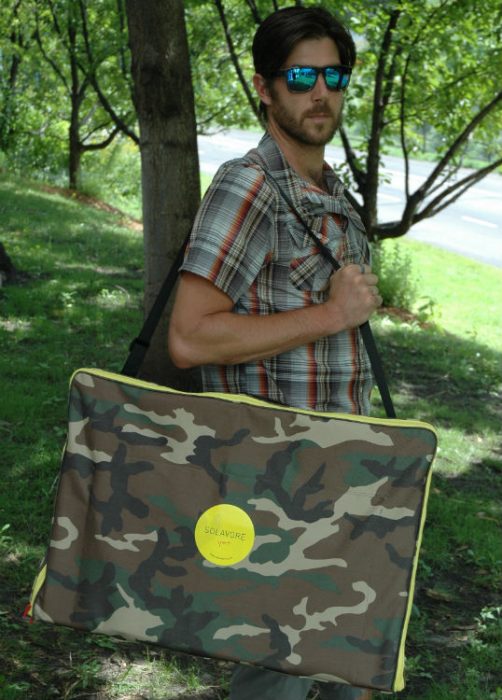 Other available accessories include a shoulder-strap carrying bag and pot holders. Note: You will need pot holders of some sort if you cook using the pots.

Our first setup of the oven was on a sunny day in July. We tried it without instructions, like any camper, and had the whole thing assembled – oven, pots, lid, and reflector – in under two minutes.

We left the oven to pre-heat (with no food) and found the oven at 300 degrees when we checked it 30 minutes later.

Our food test took place in August on a day with patchy clouds and high winds. We prepared 3 pounds of pulled pork in one pot, and root vegetables with broth in the other. 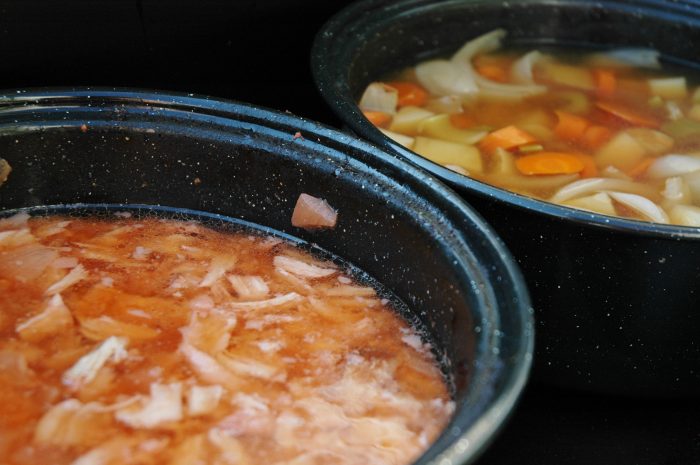 When we spoke with Solavore CEO Anne Patterson on the phone prior to the test, she touted the “freedom to prepare the food and let it cook while you’re away” as a key selling point. So that’s what we did.

After an hour with the food inside, the oven had only reached 250 degrees, so we let it cook all day, rotating it once for the angle of the sun. By the time dinner rolled around, the meat and veggies were tender and cooked through.

To the oven’s credit, it maintained 250 degrees constantly despite not going any higher. Plus, it didn’t budge in the heavy crosswind.

While our cooking acumen was far from gourmet status, the Solavore did fully cook our meal. If you’re in the market for an “off-grid” cooker, note that this is a great option IF you’re not in a rush.

By comparison, the SunOven reaches over 400 degrees, making it a better option for those who want a quicker meal and don’t mind tending the oven. 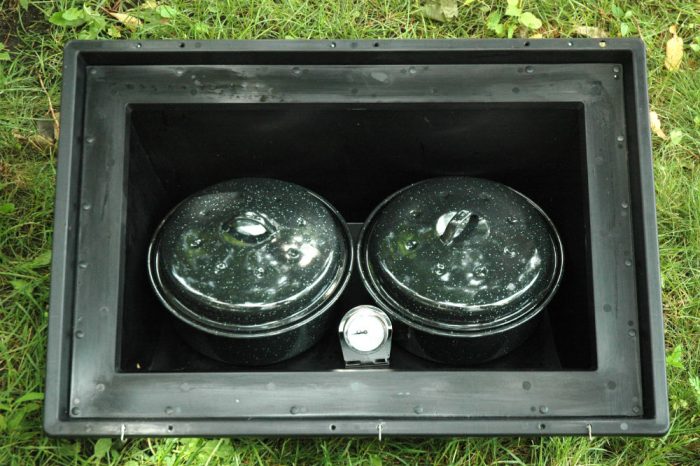 Setup of the oven is easy: six clips around the edge slide over and hook onto the lip of the clear insulating lid to hold it in place. And it stays put.

You don’t have to use the pots to cook in the oven – the company notes that the 9.25-inch x 17.5-inch inner dimension is perfect for a cookie sheet – but the pots fit conveniently and take the mess out of cooking directly inside the cooking compartment.

Two things to consider before buying:

1) We rotated the oven to follow the arc of the sun; if you’re out on the trail, the oven will at some point receive oblique rays. For this reason, we highly recommend the reflector and setting up the oven to maximize the amount of light it will receive throughout the day.

2) As your food cooks, it smells great! No doubt, animals will take note just like we did, something else to remember if you leave the oven unattended. It’s unlikely squirrels or raccoons could get through the sturdy clips or thick walls, but they might tip the oven or damage the cover. Bears would have no problem breaking in.

Cooking with gas or fire is faster, more predictable, and cheaper than any solar oven. However, being free of propane canisters, electric hookups, and a constant supply of wood is pretty nifty.

We’d recommend looking into the Solavore for very recreational camping (or glamping) to reduce your carbon footprint and contribute to a good cause.

Up Next: ‘Save Water, Drink Beer’