When Salomon sent over the X Ultra 3 Mid GTX for review, I balked. It looks a little — well — dull. But it’s damn comfortable.

This is the case with the Salomon X Ultra 3 Mid GTX. It looks modest, with muted colors and styling that’s been around for a decade. But after three long days on and off trails, I’m a believer that Salomon nailed it with a heck of a good boot. 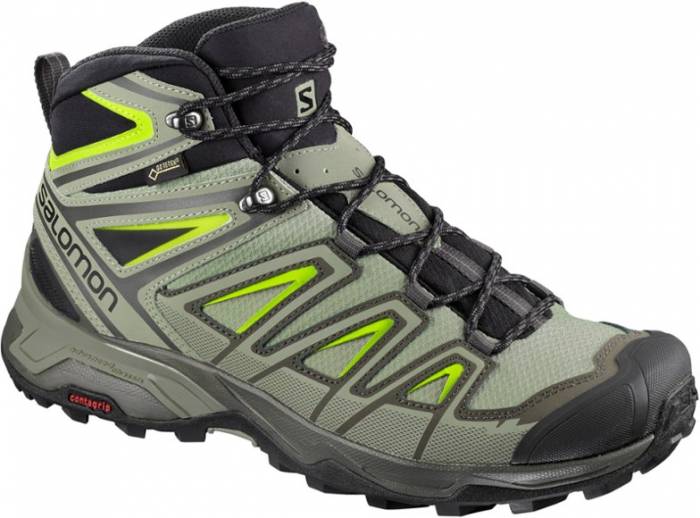 In short: The Salomon X Ultra 3 Mid GTX ($165) is a very comfortable, fairly light, waterproof boot that fit my foot well right out of the box. My time wearing them on and off trail left me looking forward to more miles in these boots.

Released this spring, the Salomon X Ultra 3 Mid GTX has already amassed a positive reputation online. It carries a 4.7-star rating at REI, with 53 reviews. The women’s version is also rated 4.7, with 31 reviews.  For any boot, that’s glowing praise.

And I must say I agree. 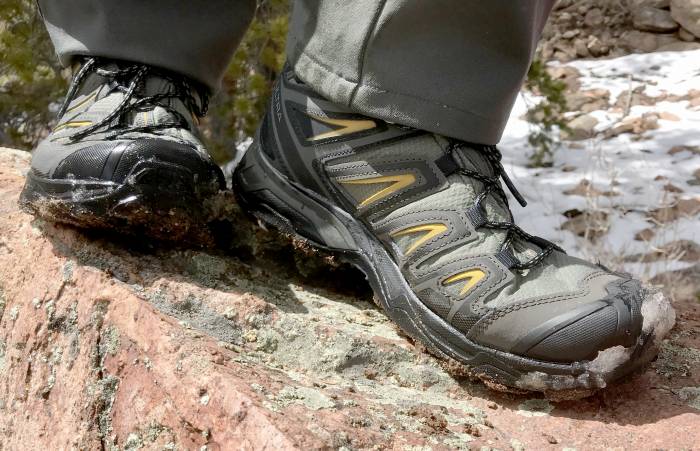 For my first day of testing, I hiked an 8-mile early spring loop at Staunton State Park in the foothills above Denver, Colo.

I saw a mix of dry trail, snow, ice, and mud. The temps ranged from the low 70s at the trailhead to the 50s in the shade at higher elevations. And the boot thrived through it all, with good traction and reasonable breathability for a fully waterproof design. 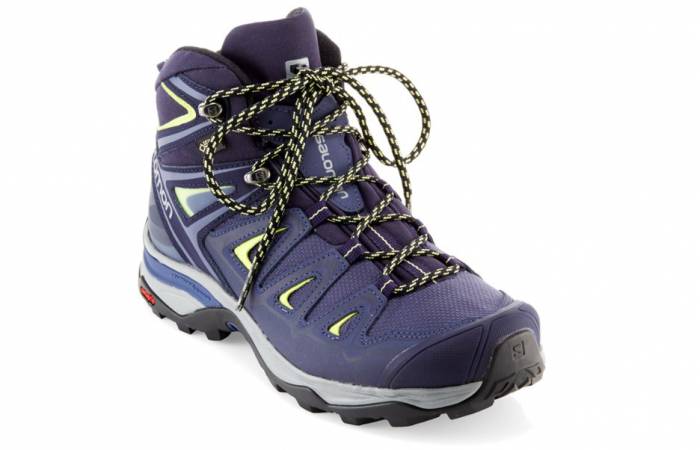 I felt good about the boot after the first quick day of testing. But little did I know that the test would get a lot rougher.

The next weekend I hunted Merriam turkeys in southern Colorado. And as one should expect in Colorado during spring, blizzard conditions were in full effect on the first night.

With temps in the teens and heavy snow falling, I set up my tent in the dark. After a cold night of sleep, I snuck into the forest toward the sound of gobblers. But, dang, it was cold, with a lot of snow on the ground.

Of course, it all melted by noon, leaving muck and mud in its wake. Then, the next day was hot and dry.

I hiked a lot of miles on the boots in these wacky spring conditions. And while I was pretty pooped after the weekend. I had zero blisters, and my feet stayed dry and reasonably warm (and cool) through some wildly varied conditions.

This boot impressed me during testing.

The Salomon X Ultra 3 has a burly Contagrip sole. I found it wonderfully grippy. My footing was sound, even on steep muddy roads where trucks had clearly gotten stuck in the slop. They collected some of the mud, but it kicked free pretty easily. 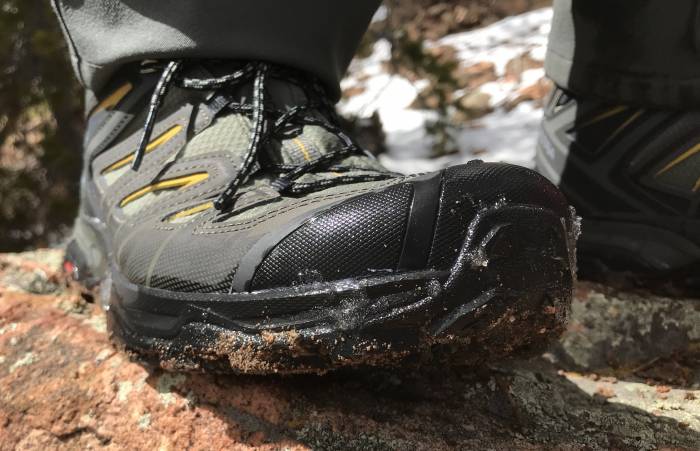 This boot weighs in at 1 pound 15.6 ounces per pair. For a mid-high hiker, that’s pretty light. I tend to hike mostly in trail running boots, and these didn’t hinder me much. And I was very glad for the protection and support the boots offered in the snow compared to shorter shoes.

Overall, I really liked the Salomon X Ultra 3 Mid GTX. It thrived in variable, wet, sloppy conditions that really test a boot. And it fit my foot great right out of the box. For those looking for a light hiking boot that doesn’t make much of a fashion statement, this is a solid place to start.

Swing by a local boot fitter or REI and try a pair on for size. Available for men and women.

Up Next: Don’t Stack Rocks! YouTuber Rails Against Random Cairns