HOKA ONE ONE updates its popular Speedgoat 3 trail shoe with EVO tech to ‘win races and set records.’

While HOKA faithful and dedicated trail runners alike anxiously await the next successor in the Speedgoat line — the Speedgoat 4, launching in November — the brand’s innovation team “ran amok” to create a racier Speedgoat 3.

How HOKA ONE ONE Built My Favorite Trail Shoe, the Speedgoat 3

Take an early look at the Speedgoat 3, which our reporter tested for three months over 500 miles. Read more…

Part of the brand’s EVO project, in which designers “experiment with new formulations, different kinds of foam, and combine materials in inventive new ways,” the EVO Speedgoat sheds weight and boosts durability from its namesake.

According to HOKA, the EVO Speedgoat is meant to help elite trail runners and ultrarunners win races — and push anyone to a new PR.

First and foremost, the EVO Speedgoat cuts 11 g from its Speedgoat 3 construction, weighing in at 281 g (9.9 ounces). To do this, HOKA retooled the upper with its MATRYX synthetic textile. 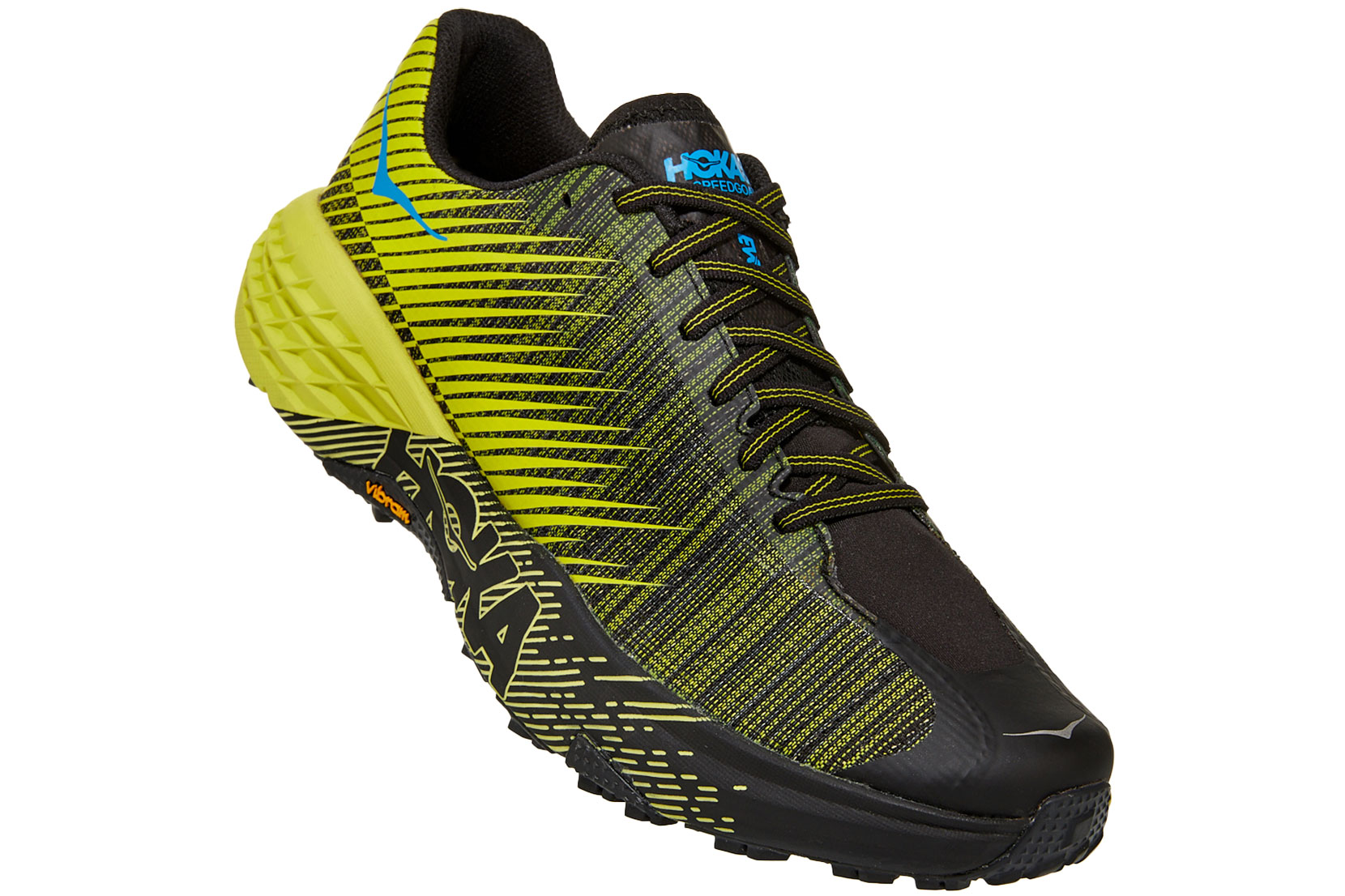 The brand also added high-tensile synthetic fibers across the midfoot to improve the Speedgoat’s overall strength. And it used a special non-wicking fabric to improve drainage, another nod to gnarly race-day DNA.

But the EVO Speedgoat retains the same 4mm drop max cushion from the Speedgoat 3. It also relies on the same Vibram Megagrip rubber with 5mm lugs for traction.

The EVO Speedgoat launches today for $160.

Up Next: Nike Sparks Controversy With ‘Plastic Bead’ Shoes