Chug uphill, glide down, and cut through rocky switchbacks – the HOKA ONE ONE Torrent touts the best of everything a trail runner wants: agility, ground feel, cushion, breathability, and minimal weight. We tested them for a month on Colorado trails. 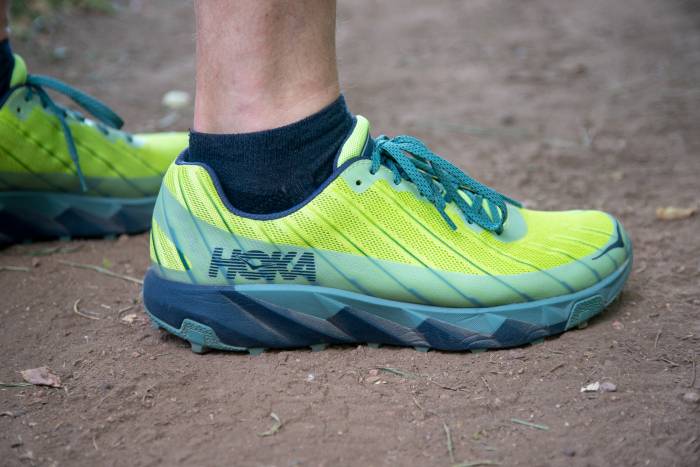 Runners committed to minimal footwear and maximum ground feel typically shrug off HOKA ONE ONE trail shoes. Not because of the brand ‘s quality — far from it. HOKA outfits some of the world’s most accomplished endurance athletes.

But HOKA ONE ONE has become synonymous with maximum cushion and plush foam midsoles. But this month, the brand launched what it called a “seemingly contradictory combination of cushioning and agility.”

The Torrent targets trail runners seeking lightweight and breathable shoes that protect against rugged terrain without a “moon boot” feel.

Our editors (one is training for the Leadville 100) took the Torrents on moderate to long trail runs, from five to 15 miles, and even used them on daily commute runs to and from work. 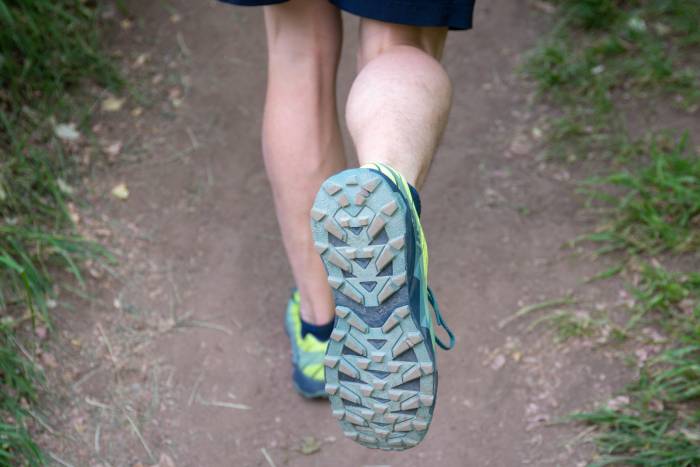 In short: With the Torrents, HOKA ONE ONE discovers a new position within its trail-running line. Lighter and slimmer than its Speedgoat cousin, the Torrent transmits more of the terrain’s feel to the foot. Along with its relatively light weight, the shoe provides agility and speed on twisting trails. But ample rebound and 23-mm stack maintain the brand’s trademark cushion-forward DNA.

Earlier this week, British brand inov-8 unveiled its new graphene-enhanced G-Series sports shoes to a small group of journalists. We went to England for this review. Read more…

HOKA ONE ONE Torrent Review

No shoe can guarantee to make you faster. But a few shoes, the Torrent included, might make you feel faster. How? The brand will tell you it’s “Profly,” and that’s part of it.

Profly is market-speak for a midsole design that combines a bouncy foam midsole at the heel with a more firm material at the toe. The result is a shoe with noticeable rebound that also helps your toes claw forward. 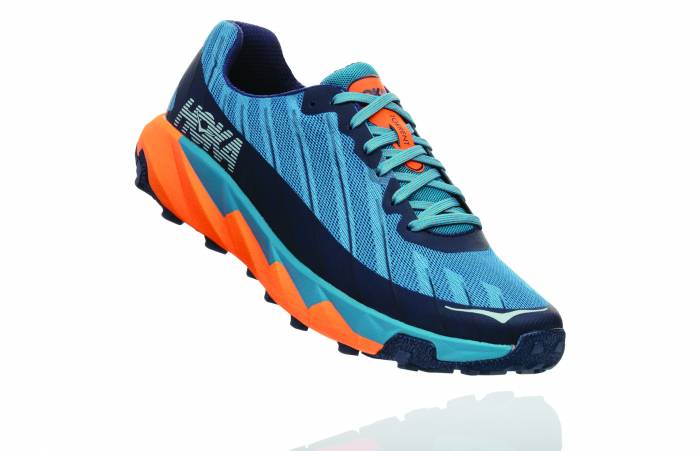 But the Torrent also keeps this shoe light and breathable with a mesh upper. My size 13s weighed 11.7 ounces, and the brand advertises 9 ounces for a men’s size 9.

Trail Test: HOKA ONE ONE Torrent

If bounce and a moderate cushion is what you’re looking for in a trail shoe, the Torrent has a few other performance features worth noting.

Unlike other HOKA ONE ONE offerings, the Torrent does not hug the whole foot. Instead, it sports a heel-hugging quarter that keeps the ankle stable and a toe box that allows room for feet to splay. 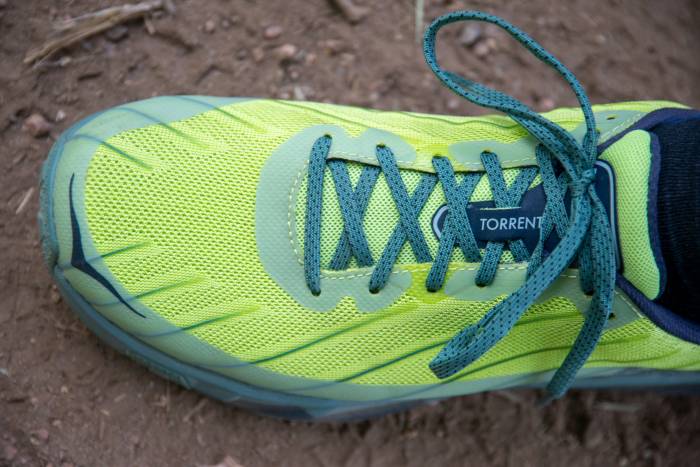 This was great for long runs, as it prevented sore, squeezed feet. But it also allowed the forefoot to shift a little, worth considering if you plan to run fast descents. They are not as loose in the forefoot as some other brands though, and we found them fairly precise for technical, rocky terrain.

We ran them down some really steep grades and found the aggressive lugs performed well, biting into both loose and packed dirt.

As for breathability, the Torrent does permit airflow, but it is not the most breathable trail runner out there. We noted a little moisture in socks after really hot runs, but its mesh helped mitigate some heat. 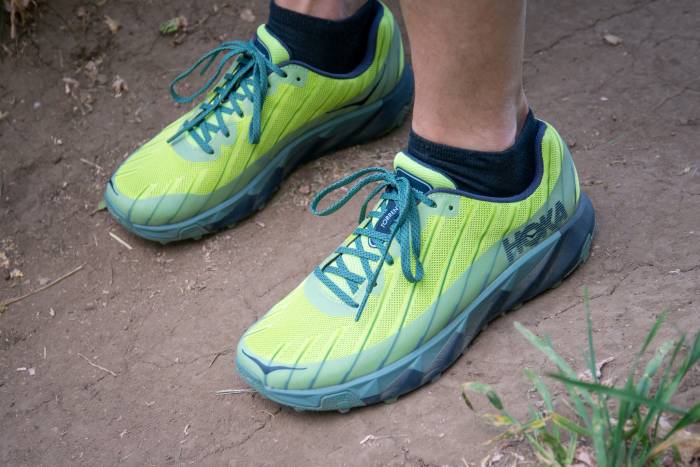 Overall, this is a great shoe for the trail. While you can use it for runs from your front door to the workplace, it’s a little too aggressive for pavement. On the dirt, however, it shines.

A Contender For Leadville

One GearJunkie editor is signed up for the Leadville 100 trail run in August. Having used these in training, this shoe is among a few contenders that he may toe the line with come race day.

A few of the other shoes he’s considering are the Altra Lone Peak 3.5, and Salomon Sense Ride. Given the length of Leadville, he’ll likely cycle through a few pairs. But the Torrent will almost certainly be in the rotation.

HOKA ONE ONE Torrent

The HOKA ONE ONE Torrent is a very capable trail running shoe. It’s among our favorites on the market now, and one serious trail runners should try on.

The strong points are grip – both up and down – lightweight cushioning, and an improved degree of agility for the brand. And at $120, it’s not an overwhelming monetary burden for the category.

Up Next: La Sportiva No-Edge Technology: Everything Climbers Need to Know