To make the new Trango Tech GTX all-mountain boot perfectly versatile, La Sportiva leaned on active mountaineers for feedback on every aspect of fit and functionality. The result is a boot meant to bridge the gap between mountaineering and backpacking.

Ridgway, Colorado-based Steve House knows what makes a great all-mountain boot. He’s climbed the Rupal Face of Nanga Parbat (alpine-style) in 6 days, soloed a new route on Pakistan’s K7, and was the first person ever to winter-ascend the north face of North Twin in the Canadian Rockies. 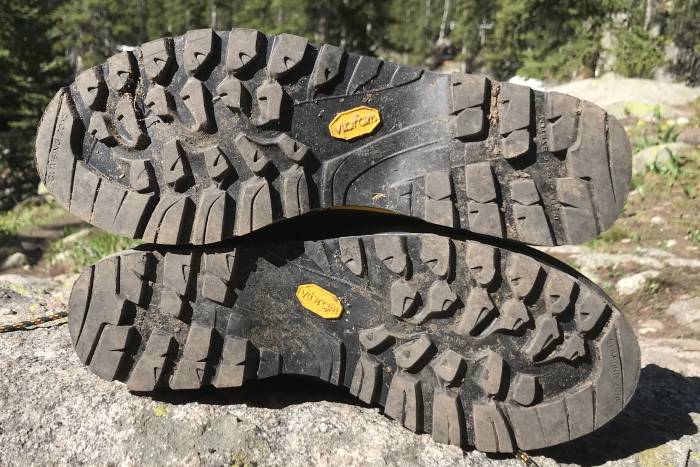 But as a husband and father of two, he said, “Coming back alive every time — still priority No. 1.” House recently became a father for a second time, so his mountaineering plans are all close to home this year. He’s trying to tick off a few harder big-wall free climbs in the nearby Black Canyon, for example.

But before settling down, House tested the Trango Tech GTX prototype on ridge scrambles and scree surfs in Colorado’s San Juan Mountains, as well as outings in the Austrian and Slovenian Alps, Dolomites, and even to the top of the Matterhorn to report what was working and what features La Sportiva could improve on. The result is a lighter, more versatile, surprisingly affordable boot for hiking and mountaineering from a brand master alpinists trust. 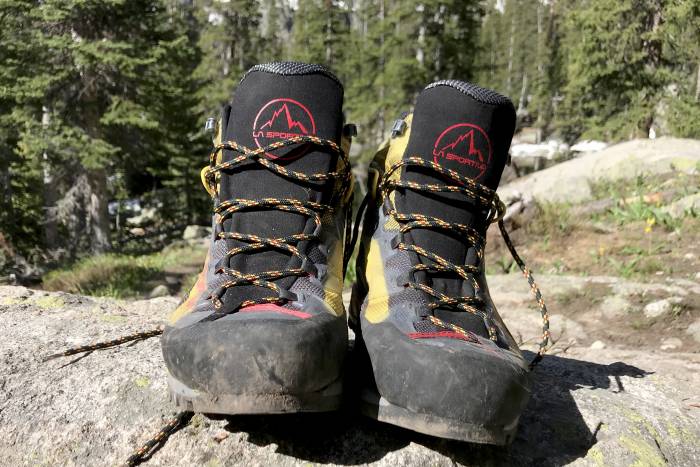 House helped La Sportiva dial in the performance of this do-all mountaineering and backpacking boot. These are the standout features he loves.

The first thing you’ll notice is that the boot is surprisingly soft. You will think it’s a basic hiking boot until you get to serious stuff on the mountain. Then you realize this is a real mountaineering boot. Its functionality is especially noticeable in summer scenarios. It’s impressively versatile for multidimensional treks: walking in on a trail, hopping streams, getting to a glacier or snowfield, attaching a crampon, tagging a summit, and, most importantly, getting back home in comfort. 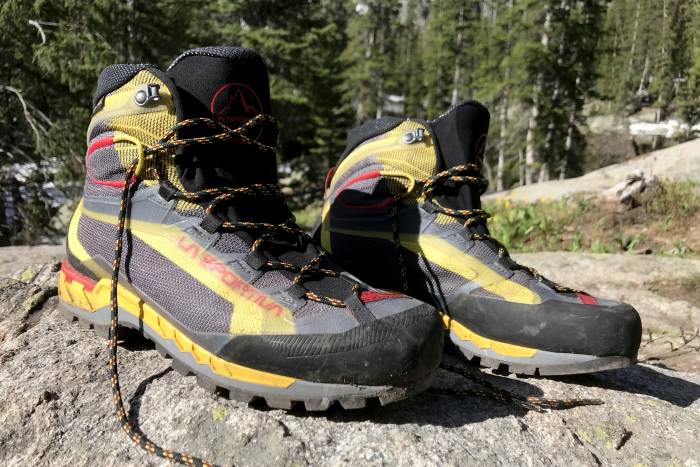 The lack of seams means a lack of places for water to get in — no needle-holes. I can’t stress this aspect of the boot enough. Because your feet are regularly in the snow, having no points where materials must be sewn together, or seaming points, is important in a mountaineering boot. And we know what happens when snow sits on the boot: it melts. The nightmare scenario for serious mountaineers is wet feet, which can lead to freezing, numbness, and even frostbite. It won’t happen in the Trango.

In a mountaineering boot, the “climbing zone” is the area of rubber under the big toe. It’s where you naturally apply the most pressure when you’re ascending a peak and therefore need critical grip. The sole of the La Sportiva Trango boot is made for climbing rocks and scrambling with greater stability. As a mountain guide, I love this feature for summer when I take people on alpine objectives that involve a mix of hiking, scrambling in snowfields, and rock climbing. 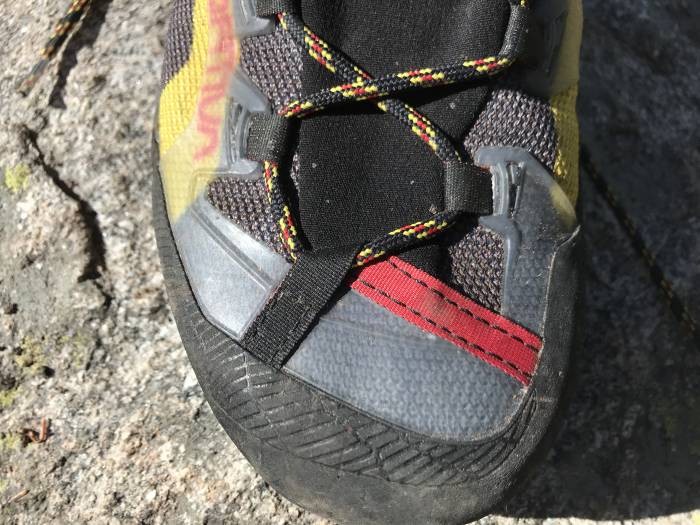 This may seem obvious at first, but the laces on the Trango boot come low to the toes. This is key for two reasons: snugging the boot up for a good feel while scrambling and rock climbing, and loosening those laces for the way down.

There’s nothing worse than swollen, tired feet stuck in boots that are too tight; it’s painful. The intelligent lacing system on the Trango allows for a lot of what we call “volume adjustment” for that precision fit we’re all after. And, as someone who knows a descent can be as uniquely challenging as ascending a mountain, that matters.

A ton of thought went into selecting the right-quality materials for each part of the boot, including the solid sole, to-the-toe laces, seamless fabric for the upper, and even the semiautomatic crampon compatibility. The Trango combines a sweet mix of QB3 waterproof fabric, GORE-TEX lining, and a Vibram sole for a boot that’s comfy but holds up even in technical terrain.

This article is sponsored by La Sportiva. Explore where the Trango Tech GTX can take you.

Up Next: La Sportiva Testarossa 2.0 Review: An Aggressive Shoe for Steep Climbing