Vasque offers a new take on the mukluk with its Lost 40 winter boot. We tromped in temps below zero for a winter test. 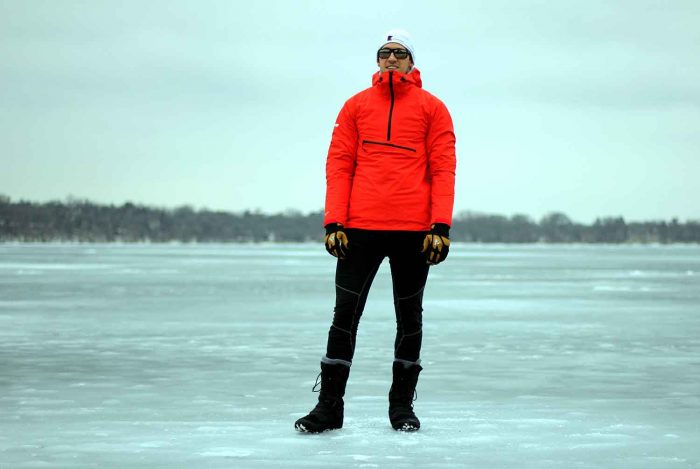 The traditional mukluk-style boot wraps the foot and lower leg. Its flexible upper cinches tight around the calf, laces crisscrossing on leather from the ankle before wrapping up high.

This winter, Vasque adds to the genre with its Lost 40 winter boot. A hybrid mukluk, the boots have a Vibram sole and modern add-ons like softshell synthetic material and aerogel insulation in the midsole sandwiched with EVA foam.

I tromped in them for a month for this review. Temps ranged from below-zero to a slushy, 35-degree day. Overall, I like the boot, though with a few significant caveats around performance and fit. 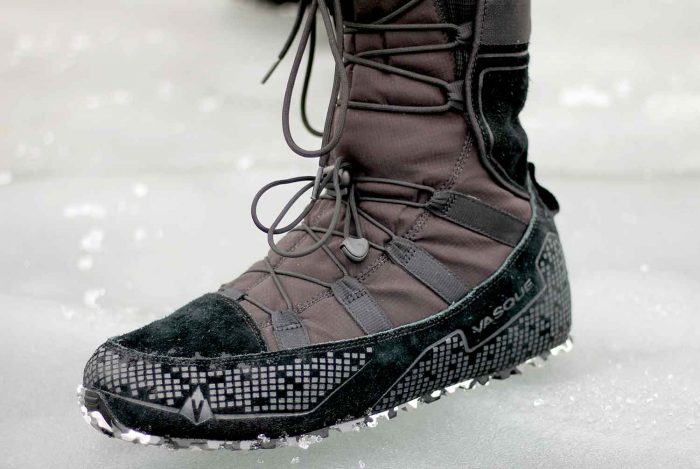 At $180, this made-for-winter boot is fairly priced. Named after a remote region in Northern Minnesota, it comes in a men’s and women’s model. Its design can stand up to conditions in wild, cold places where snow piles deep.

This is not a mountain boot. Don’t expect to kick steps or add crampons. Instead, rolling trails and frozen lakes are the venue for the comfortable, flexible Lost 40.

As day-to-day footwear, the aesthetic is fun and good-looking; you can rock the Lost 40 as a style move in some cities. They do fine navigating the urban landscape. Sledding with the kids is a yes in these cozy calf-highs.

Review: Mukluks Made For Coldest Places On Planet

We tested Steger Designs' Yukon Jack mukluks this month in the dank cold of a Minnesota winter. The boots are modeled after footwear worn long ago by Arctic tribes. Read more…

Twice I ran in the boots this month, hitting a 5-mile route that included steep trail and a section on a frozen creek. I like the fit and feel while moving fast in fresh snow.

A callout feature, these boots have generous and warm 7mm felted-wool liners. They wrap the feet and leg up almost to the knee. The shell of the boot is suede and a synthetic softshell.

The leather is 2mm thick. Vasque adds a waterproof membrane inside. The result is a boot wearable from freezing down to below zero. My feet were never cold, including on a 10-below day, as long as I was on the move. 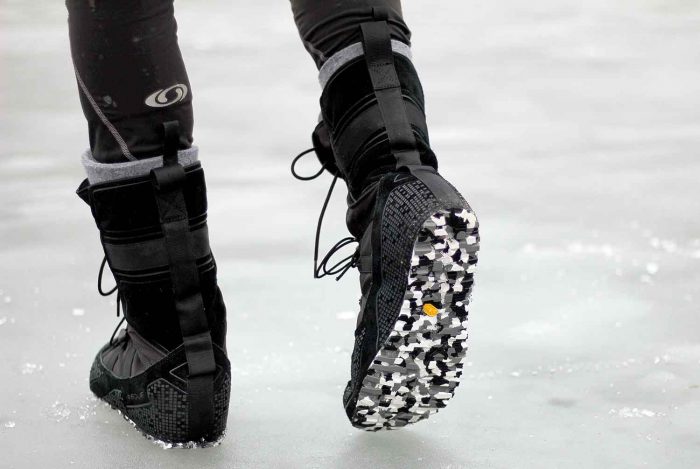 The Vibram IceTrek rubber sole stays flexible in extreme cold. The lugs are minimal, but I rarely slipped in the Lost 40s while on snow.

As noted, the midsole is made of EVA foam with aerogel insulation. It manages conductive heat loss from icy ground and worked when I was standing around on lake ice.

Flexible and relatively light weight for their size, the Lost 40s balance warmth with a supple design you can comfortably wear while moving for miles over snow. They weighed in at 1 pound 13 ounces per boot on my scale (size 12 men’s).

There’s always room for improvement. If Vasque does version 2.0. numerous customer reviews online note the Lost 40s run small. I am confused with this diagnosis, as I found them to run true to my size 12 feet in width, though there is a half-inch of space between my big toe and the front of the boot.

For me, they feel fine, and my foot did not move around inside despite the slight dead spot up front. People with wide feet should try these on before purchase, however. 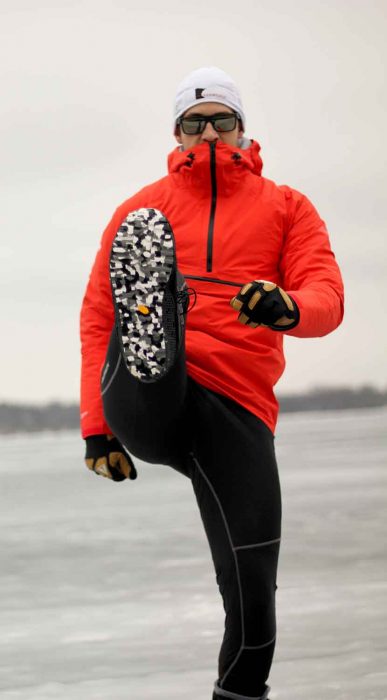 Customer reviews also note the Lost 40s are hard to put on. This is true. But they are even harder to remove. It’s a good thing Vasque provides pull tabs on the boot shell and the liner, as you need both.

These boots are a serious hassle to torque off the foot. This is a small annoyance, but one that adds up if you want to wear these boots every day — you will avoid them for the easier on/off found on most other boots.

Another concern, the laces on the Lost 40s are poorly designed. There is just too much going on, with two lacing areas on each boot, a cincher, and a snap-shut “garage” up high to contain loose ends.

When the boot is cinched tight a lot of extra lace is left flopping free. The garage (a tab of material with a snap) manages the top lace fine. But below, on the top-of-foot area, you’re left with 6 to 10 inches of free lace that needs to be tucked in.

On one of my first uses, the plastic stopper popped off on the bottom lace. I tied a simple overhand knot to replace it but was disappointed by the small defect. (Note: This is not exclusive to Vasque; I have seen this fail on similar setups with other boot brands.)

In addition to the annoyance of extra lacing, the bottom laces are not super effective; I had to cinch them very tight before I felt the effect on my foot (and by then I had the aforementioned 10 inches of extra lace that needed to be tucked in so I didn’t trip as I hiked). 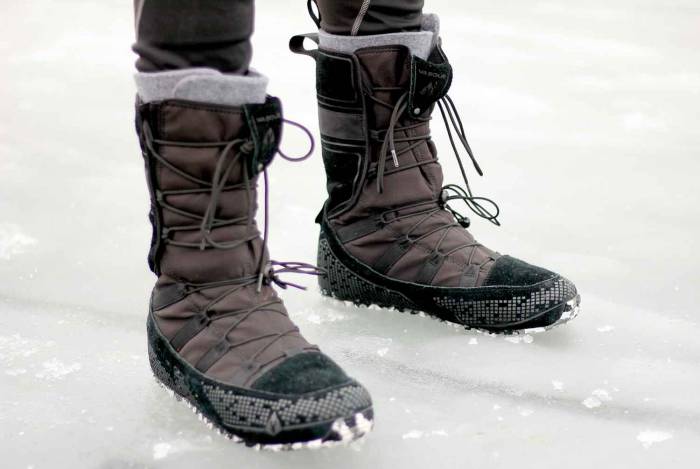 The top lace works, but it causes the upper and liner of the boot to slightly bunch up when cinched tight. The boot material was not uncomfortable bunched up like this, but I wished the system wrapped more cohesively over the shin.

Despite some concerns, the Lost 40s are a decent alternative to bulkier winter boots. I like the design, and the flexible form makes them fit nice and remain comfortable for hours of wear.

I’ll pull the Lost 40s on for longer hikes in the snow this winter. Post-holing, in snowshoes, or running packed trails the neo-mukluks will get me through.

–See more info on Vasque for the men’s and women’s Lost 40 boot.

Up Next: Breckenridge Reclaims Record In Drinking