Years in development, Utah-based Altra adds a set of sensors to one of its flagship shoes. We ran 40 miles in the ‘smart shoes’ for a first review. 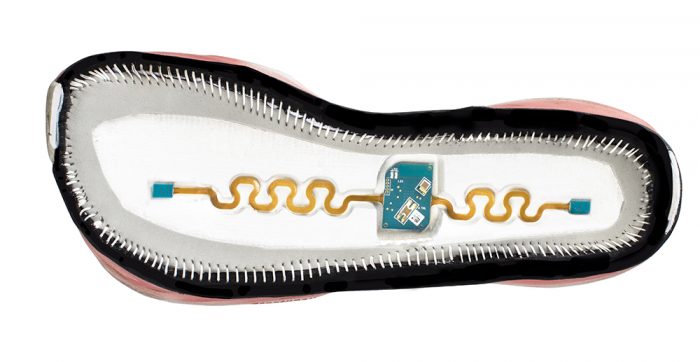 The Altra Torin IQ ($220) is among the first commercially-available “smart shoes.” Inside the midsole are pressure sensors, a tiny battery, and a microchip that connects with your phone via Bluetooth.

As you run, the sensors measure the pressure your foot exerts with each footfall. Data on impact force and location, contact time, and cadence are collected to improve stride and make you more efficient. 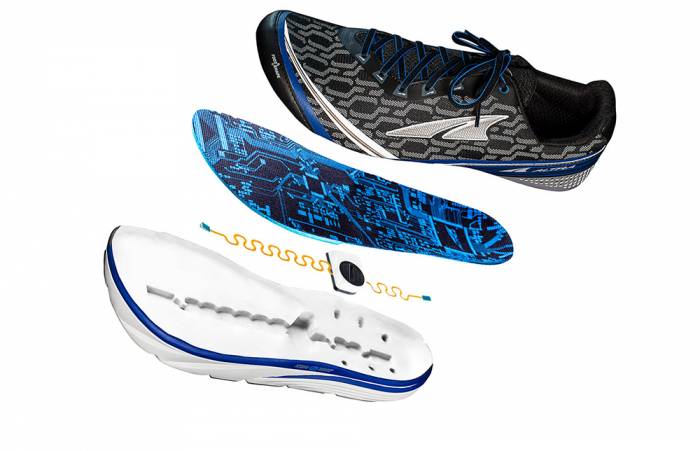 The data could mean a lot for serious runners, opening a world of quantitative analysis not previously available. The concept is meant to improve running form, which helps runners avoid injuries, move faster, and run longer.

I put the shoe to the test this month, logging about 40 miles on them so far for an initial review.

In short: Altra offers a moderate-cushioning running shoe with exciting new technology. The sensors provide data that can be digested after (and during) a run. However, the live coaching app, which provides on-the-run feedback, needs some work, something the brand promises is underway.

I’m three miles into a fast training run when a voice breaks the monotony. “Run quieter. Not a lot, just a little bit,” a woman’s voice pipes from my iPhone.

Just seconds before, I’d accelerated while descending a paved hillside above the Denver Bronco’s football stadium. My footfalls pounded hard, and my shoes noticed and told me to chill out.

This is the concept behind the Torin IQ. As you run, data gathered is analyzed in real-time, which allows for on-the-run coaching to improve running form.

To tether the shoes to your phone, you open the app and click “connect” on your screen. The shoes turn on, and they connect automatically when you start running.

Data collection starts immediately, and you can set coaching frequency voice cues from one minute to 10 minutes, or more.

I set it to give me frequent feedback and noticed subtle advice every couple minutes. While some of it was “reactive,” as in correcting bad form, most was fairly general, like “relax.”

That, according to Altra founder Golden Harper, is something that will change as the app is updated. Coaching will become more specific and work to improve individuals’ running form as the app evolves.

I did notice when my footfalls got sloppy, I started sprinting, or slapping my feet hard on downhills, I received specific advice. The corrections include advice like “keep your elbows behind your chest unless you’re sprinting.”

The app is in its early stages, but it works. It gives live feedback on foot strike, cadence, pace, and time (the last two through the phone’s GPS). But I expect this is just the tip of the iceberg.

Currently, the limited “reactive” feedback happens through the app to help correct your form, mostly through postural adjustments as noted above. My favorite so far was when it reminded me to “chase your chest.”

But a lot of the live coaching at this point is pretty general, and it is not as linked to your shoe’s data as I’d like. That, Harper said, will be updated in the app’s next rendition, expected in a few days.

I spoke with Harper to learn about the future of this technology and was pleased to hear a lot is in the works.

He said most coaching advice focuses on small tweaks, like a faster cadence or better posture, that he’s proofed through more than 15 years of running form classes.

Gradual improvements to the app will include the ability to track one’s cadence and foot strike over a “timeline” or map, to see how these change over time. This info would be viewable after a run. Other developments could be nuanced tips from real-time coaching (based on stride patterns) and GPS data combined with foot-strike data to analyze changes during climbs and descents.

“We’ve only scratched the surface with what we want to do,” Harper said.

Torin IQ: As A Running Shoe

All this nifty technology is moot if the shoe is no good. Fortunately, the Torin is a great platform, and it is among Altra’s most popular shoes.

The Torin IQ is a neutral running shoe with zero-drop and 28mm stack height. It’s moderately cushioned and comfortable on pavement. It’s available in men’s and women’s models.

The sensors add no weight to the Torin, as they sit in a channel cut out from midsole foam. The Torin IQ weighs 9.3 oz per shoe in a sample size.

It’s worth noting that the small internal battery is replaceable. Harper expects one battery would last 400-500 miles, depending on the runner.

In about 40 miles of running, I’ve found the shoe comfortable and reasonably fast for a trainer. The upper is quite breathable on hot days, and the wide forefoot fits my foot well.

Those with narrow feet take note: Altras run wide in the forefoot. Try them on before purchasing if you can.

A note for trail runners: The Torin IQ is a shoe for pavement. Harper noted the IQ technology will be coming to a trail-running shoe, the Timp IQ, this summer.

For early adopters and running geeks, Altra offers a first entry into the world of “smart shoes.” It’s worth noting this project took time to bring to life; we first gave the concept a Best In Show award back in 2015, and it’s just coming to market now.

We can’t wait to see what happens as the tech moves forward. We imagine one day this data could be analyzed by physical therapists working with runners on injury recovery, or coaches hoping to squeeze every last bit of speed from athletes.

At this point, the app is decent, and it gives good feedback. I’ve noticed my running form change slightly through the voice cues, and I expect it will continue to get better, one step at a time.

Up Next: Future Kicks: Adidas’ Latest Shoe ‘Grown With Light’