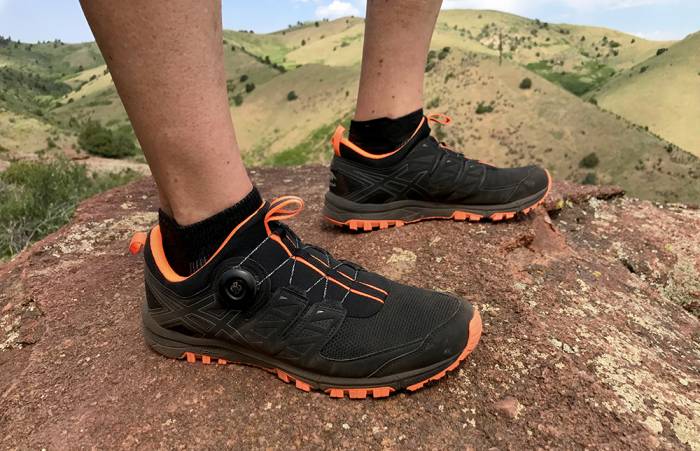 Asics latest trail running shoe, the Gel FujiRado, is a unique specimen. Notice the lack of traditional laces. Instead, the brand opts to use Boa’s brand new TX4 closure system for a quick-adjusting fit.

Next, add a “mono-sock.” The elastic internal sleeve replaces the tongue found in most shoes. Roll it over a protective midsole and burly tread, and this trail running shoe is an eye grabber.

But does it work? I put it to the test over four miles of rocky, steep singletrack with Boa engineers to find out.

In Short: The Gel FujiRado ($130) for Men and Women is a protective, welterweight trail runner with great traction and moderate heel-to-toe drop. It handled a fast run in the Rocky Mountains well. 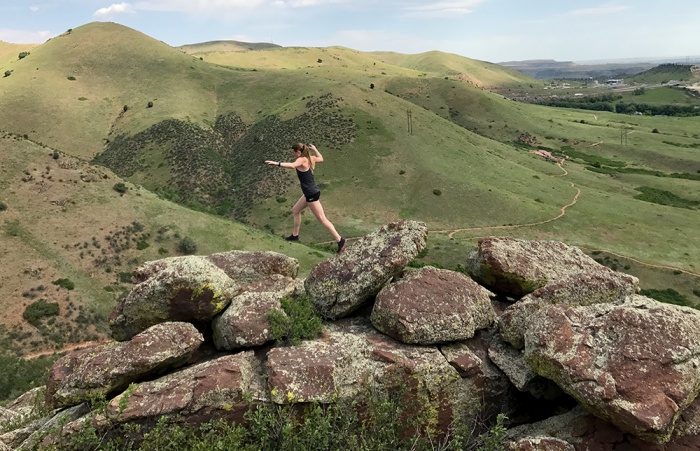 I’ve only run a few miles in these so far. But the Gel FujiRado (a blend of Mount Fuji and Colorado) hits some high notes.

Running at Matthew Winters Park near Denver, the shoe gave lively response and felt fast for a shoe weighing 10.6 ounces. That’s light, but not featherweight among trail running shoes. 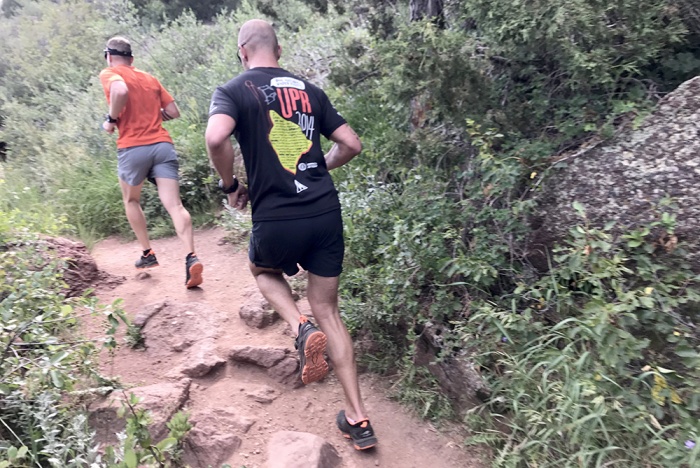 The stack height felt good for those wanting moderate cushioning, but the drop (18mm heel, 10mm toe) was a little more than I’m used to. I run a lot of zero drop shoes, so found the 8mm drop slightly cumbersome.

That said, many runners will like the modest drop afforded by the FujiRado. 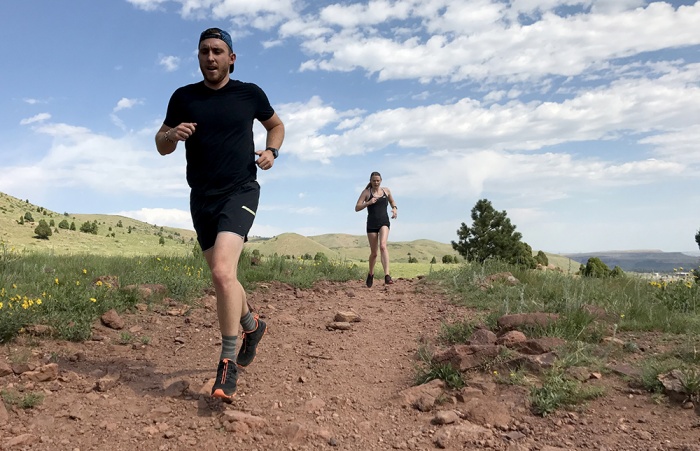 The outsole gripped well on dry rock and dirt ascents and descents. Overall, I felt confident crushing some fast miles.

Brand new to running the TX4 is a twist-to-tighten closure designed specifically for running. Unlike most Boa systems, the TX4 uses cloth closures of Dyneema for remarkable strength. 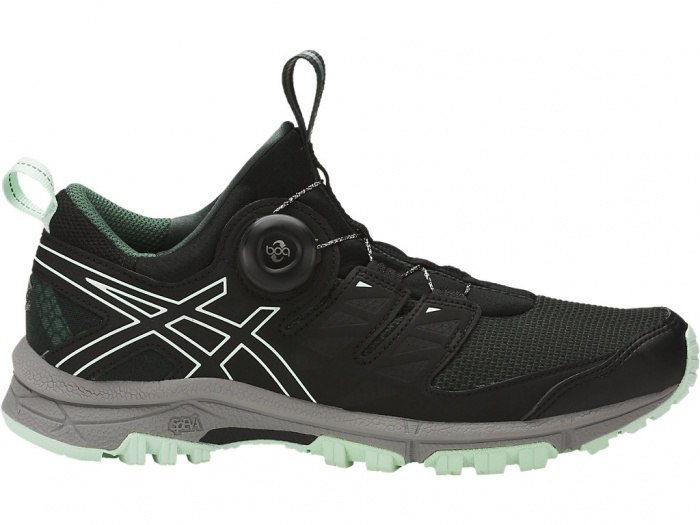 I liked this fitting system in an initial run. It’s easy to quickly snug down for security when bombing down hills, or loosen a couple clicks to give your foot some additional comfort.

The shoe fit my wide foot, but I expect the sock-like upper will hug even narrow feet well.

Overall, the FujiRado is a fun new shoe. For those looking at mid-drop, Boa System running shoes for trails, and for a very reasonable price, these should be high on the list.