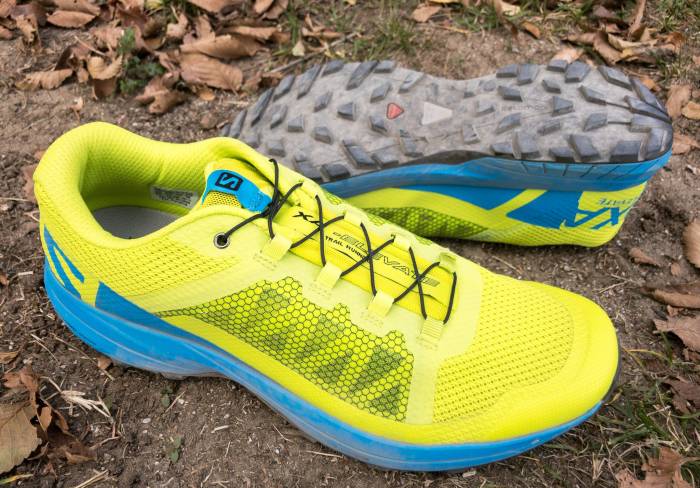 The Salomon XA Elevate is a light and fast trail-running shoe with a modest stack height and protective-but-rigid ride for precise, fast singletrack running.

The sun was setting as I descended from the towering peaks of the Sangre de Cristo mountains. The trail dropped through oaks toward a sage-brush plane. I was late for dinner; time to step on the gas.

The Salomon XA Elevate obliged. The new model is fast, and it’s available Dec. 1 at REI (elsewhere March 1, 2018) for men and women. With a protective rock plate and stiff midsole, this shoe thrives when you’re ready to goose the throttle.

In short: The Salomon XA Elevate ($130) is a light trail-running shoe great for middle distances for average runners. Fast and strong runners could press these into ultra distances.

Salomon offers a range of shoes, from sub-$100 hiking footwear to elite shoes used by the world’s best ultra athletes. The XA Elevates hit a point in between: They’re designed to be a versatile trainer or for weekend trail racers in the 10K to marathon range.

I would also use these shoes backpacking and peak-bagging. They balance support and speed in a durable, comfortable design. 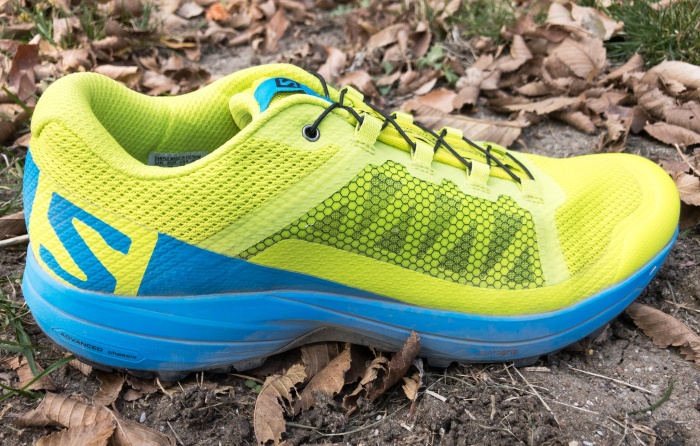 As a runner who loves low-drop shoes, I didn’t mind this one’s 8-mm drop at all. In fact, I loved the stiff, responsive forefoot when running fast over technical, rocky ground.

Fit is pretty true to size, and they have a slightly wider forefoot than Salomon’s more elite offerings.

A simple pattern of 5-mm rubber lugs gives confident grip on rock and dirt. While these lugs are significant, they performed remarkably well on pavement too.

These certainly aren’t road-running shoes—they’re just too stiff. But for short sections of blacktop, the XA Elevate is fine and soft enough not to abuse you during brief interludes down roadways.

It’s been dry since I got these early-release shoes from Salomon. I’ve not yet had the chance to run these on mud but will update when I do.

Overall, they grab the ground for reliable traction. Salomon tends to get things right where the rubber meets the dirt, and in the XA Elevate, this rings true.

The XA Elevate has an airy mesh upper and Salomon’s Speed Lace system. 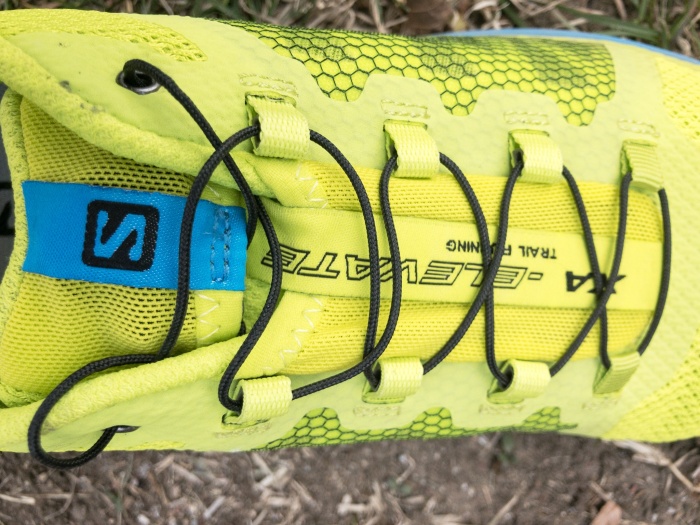 The mesh vents well to keep feet cool and dry, yet it’s dense enough to keep tiny rocks out. I felt that it hugged the foot, and even though my test sample was a touch large, they stayed in place and I didn’t feel much slop.

The Speed Lace is common on Salomon trail-running shoes. To tighten the laces, you pull hard on a top tab while sliding down a little plastic unit that retains the tension on the foot.

It works well and is easy to adjust. But stowing the extra lace inside the lace “garage” takes a few extra seconds, and you really must do it if you don’t want laces flopping all over.

With just a few runs on these shoes, I can’t go much further in depth. But I do like them so far. They seem fast and stable on the foot. They ride pretty low, and I experienced no instability.

Anyone looking for a fast and mid-range-priced shoe (at $130) should try these new Salomons on when they come to market next month.

Salomon is a big name in this space. I have trusted the brand to make quality shoes, and my tests confirm it. So far I’ve put just a few miles on the XA Elevates but can tell they will stay in my stable as go-to trail shoes for the long haul.

Preorder or buy now at REI for men and women.