Athletic giant Under Armour moves closer to the outdoors core with a 2017 trail-running shoe. We got a first review of the Horizon FKT. 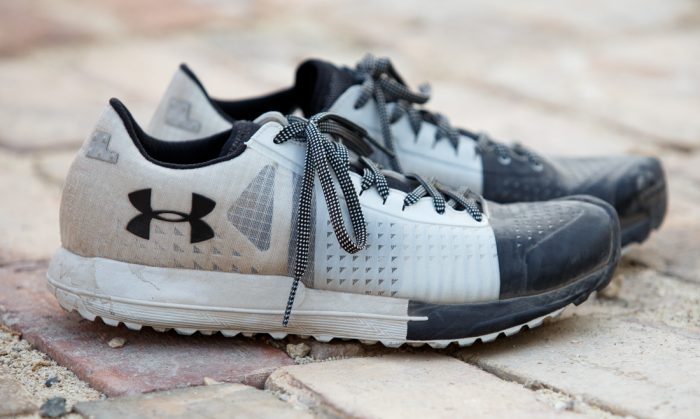 Under Armour released a trail shoe this week at the Outdoor Retailer trade show in Salt Lake City. Unlike the brand’s recent forays into the genre, the Horizon FKT is minimal, lightweight, and designed to attract mainstream attention from trail runners and the ultra crowd.

The FKT model (which stands for “fastest known time”) is a part of a three-shoe line Under Armour will release in 2017 called the Horizon collection. We got an early look.

I took a test run of the Horizon FKT in the hills above Salt Lake City this week. Long story short, it’s a solid trail-running shoe and nothing like the gimmicky kicks Under Armour released for the outdoors industry over the past couple years.

The Horizon FKT ($130) is a precise-fitting, responsive, sensitive shoe. It bucks the current trend of massive foamy soles and is a refreshing throwback to shoes that provide some “ground feel” as you run.

To some, that means a harsh ride with too much feedback from the rocks and roots you tromp onto. Others will like the fast, light feel.

Developed in collaboration with pro trail runner Kyle Dietz, the Horizon FKT has a 7mm heel-to-toe drop over an aggressive Michelin rubber outsole.

The modest foam cushioning is augmented by a stone plate to help deaden the feeling of sharp rocks underfoot.

The company touts the FKT as a “neutral, bio-mechanically correct” shoe that is designed for “speed, agility, and distance.” 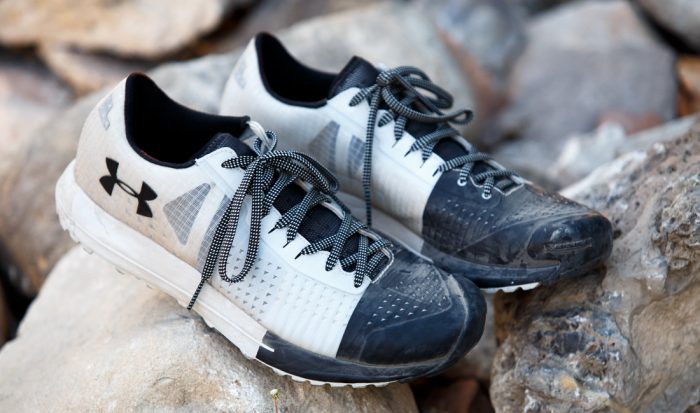 It is light and durable, made with a unique semi-translucent, rip-stop upper that has welded overlays. The tongue is a perforated, high-density thin foam that gives good fit and breathability.

Lacing extends further down on the shoe than normal to allow “precise tuning” during long runs where your foot could swell.

I ran about five miles in the shoes over rocky, dusty singletrack in Utah. A group of gear testers and Under Armour designers trotted quickly up and down a steep section of trail. 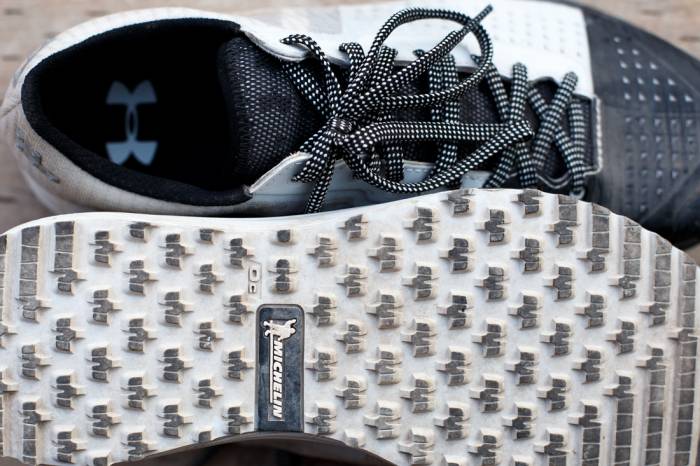 The shoes performed as promised, providing good traction over the rocky soil. They dug in on the uphill and kept me upright while zipping down the mountain at an almost-risky pace.

Check out our quick guide on how to buy and choose the best trail running shoes for you. It's got lots of info, few words, and no marketing jargon. Read more…

Before running, I was concerned that the stiff uppers would bother my feet. But the worry was for naught. The uppers worked well with my feet, and I felt no hotspots by the end of the short test run.

Underfoot, the Horizon FKT is protective but definitely lets you feel the trail. The shoe is fast, a spring in my step during the run.

They weigh 8.4 ounces for a men’s size 9, which is light for a trail-running shoe.

Horizon FKT: Who It’s For

The Horizon FKT will fill a niche for fast trail runners looking for a medium- to narrow-fitting shoe. For the average Joe like me, it will be a fun shoe for running technical terrain where accurate foot placement is premium over foot protection.

I run a lot, occasionally to ultra distances, and I would probably keep this shoe as a trainer up to about 15 miles. Beyond that, I would personally want a more protective shoe. 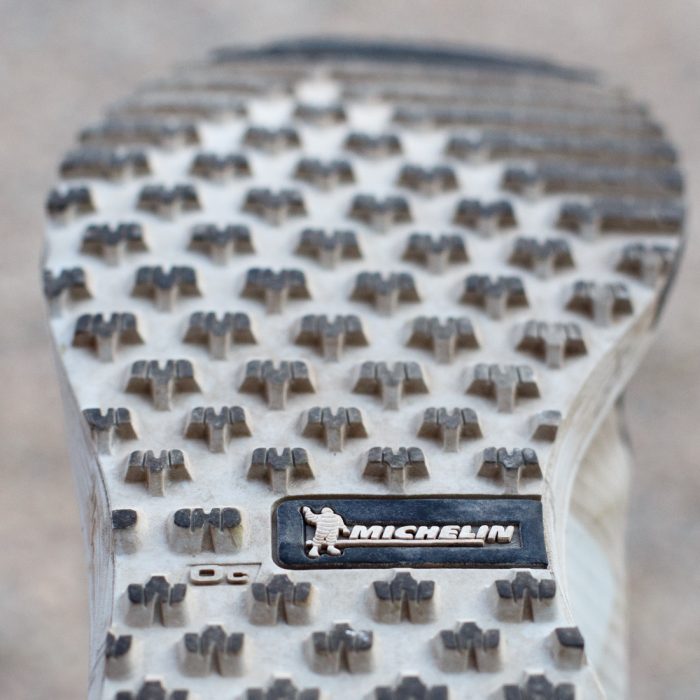 For elite-level runners looking for speed, the FKT could be an option if it fits the foot well. The shoe is a bit narrow for my wide forefoot.

With the Horizon FKT, Under Armour has made a legitimate (re)entry into the world of trail running.

–For 2017, Under Armour releases three shoes under the Horizon name, and the FKT is the fastest. The others, the RTR and the STC, are more protective and less expensive, at $110 and $90 respectively.