The Escalade Project, which proposes to build a tram to the bottom of the Grand Canyon, took a big step toward becoming reality this week.

The controversial project hit a major milestone when the proposed legislation was sponsored and submitted to the Navajo Nation Council on August 29.

This filing sets the proposal in motion. The Navajo Nation Council must approve or reject it.

There is a five-day window, ending September 3rd, for the public to submit comments directly to the Navajo Nation Council. This might be the most important and direct way for the public to voice concerns about the Escalade Project.

Voice your opinion by sending an email to comments@navajo-nsn.gov. Within the message, include your name, position/title, address, and a valid email. (Anonymous comments will be ignored.)

The petition will remain an important way for the public to show support for protecting the Grand Canyon. But the open comments window, in which the public can call and email directly to the Council, is a short-lived opportunity to effectively fight development in the Grand Canyon.

The Escalade Project is an estimated $65 million construction project that would build a gondola tramway from the rim of the Grand Canyon to the confluence of the Colorado River and the Little Colorado River.

According to the proposal submitted Monday evening, the project would also include a riverwalk, an amphitheater, and a food pavilion at the bottom of the Grand Canyon. 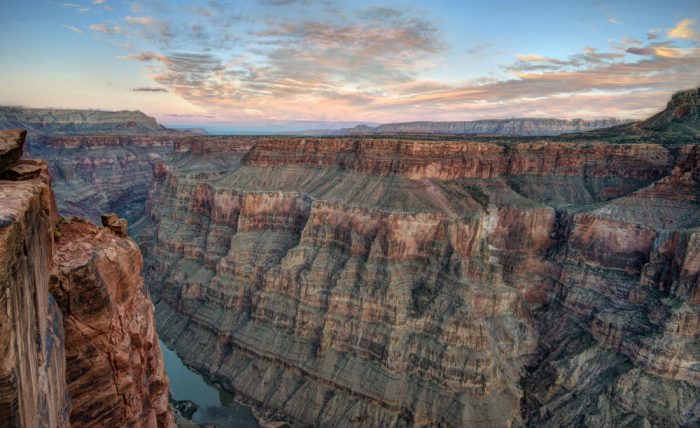 The main concerns of the development, as expressed by Save the Confluence (and noted in the proposal), are as follows:

For more information and ways to help protect the Grand Canyon, visit Savetheconfluence.com and GrandCanyonTrust.org.

Up Next: Dream Job: Columbia Hiring ‘Directors Of Toughness’