Gucci’s latest closed-toe sandal has KEEN wondering: What are those?!

What’s the difference between Italian fashion titan Gucci and Portland, Oregon-based KEEN? Answer: One is a blatant rip-off of style, trend, and technology. And the other is KEEN.

The “hybridization” of shoe and sandal no doubt wowed fashion elites. Of course, that’s probably because they’ve never seen hikers and watersports enthusiasts wearing virtually the same thing for years!

But not only are Gucci’s Leather & Mesh Sandals virtually identical to the original KEEN Newport — which hit the market more than 15 years ago — they also cost nearly 20 times more. While a pair of KEEN Newports will set you back $100-110 Gucci intends to rake in just under $900 for one pair of its “new sneaker-sandal hybrid.”

From #GucciSS19 by @alessandro_michele, a new sneaker-sandal hybrid design with Velcro straps and elastic laces feature in the #GucciShowtime campaign. Discover more through link in bio. #AlessandroMichele #GucciSS19

Whatever else you think of KEEN Newports — and they can have a polarizing effect on style — they built the market for beefy, closed-toe sandals. And it worked. While popular in America among hikers, KEEN also owns a cult following for its unique design around the world.

For example, in Japan, the KEEN UNEEK sandal, a serious fashion statement if ever there was one, is a hot commodity. So much so, in fact, KEEN built a semi-autonomous, two-armed robot that builds pair after pair as the adoring public looks on.

And despite the aesthetic, KEEN Newport sandals provide proven outdoor function at a price many can afford. So when Gucci pulled back the curtain on its latest “innovation,” everyone who knows anyone who’s rocked this trail-worthy fashion statement flocked to Instagram to rebuke Michele.

magen.allred: “Pretty sure my dad wore these @keen on a fishing trip last year.”

For its part, KEEN leaned into the maelstrom.

“We felt honored to be referenced amongst such an iconic brand and wanted to acknowledge the fan comments in such a way that was celebratory versus combative,” said Ash Williams, KEEN’s senior director of global marketing. “Our big takeaway from this is how the outdoor industry is influencing fashion, taking a look that is often developed for a specific function or end use and applying that to popular fashion/culture.” 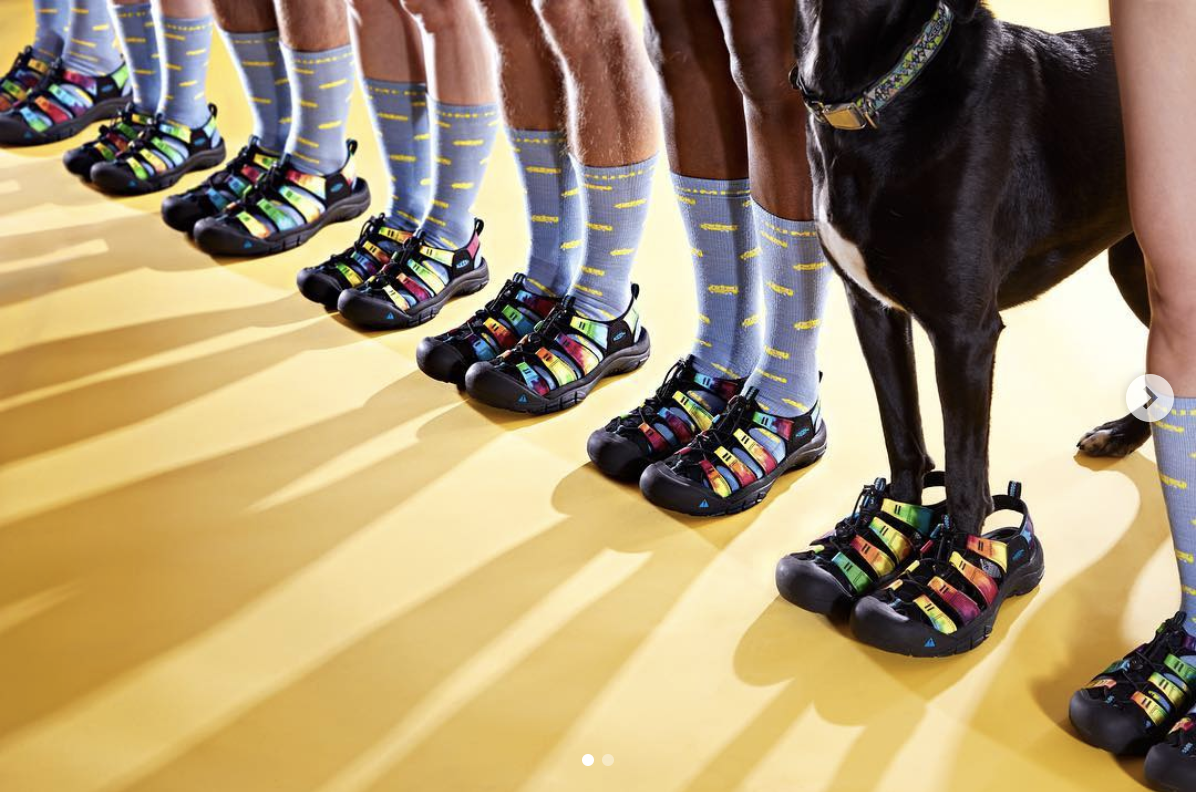 So what on Earth makes these $890?! Well, it could be the Velcro strap (KEEN doesn’t have it), the fact that they’re made in Italy (KEEN does lots of its production in the U.S.), or maybe it’s because it says “GUCCI” in giant letters across the front.

So, you can either grab a pair of these hot-off-the-runway, sneaker-sandal hybrids for $890. Or, I’m happy to sell you some nearly identical closed-toe sandals that, as Gucci so eloquently puts it, “explore the idea of hybridization, a mix in which things aren’t what they seem and unrelated worlds collide in an unexpected way.” And they can be yours for just $400 — less than half the going rate!

Up Next: Spring Marathon Trainer: Women’s Altra Escalante Shoe Half Off