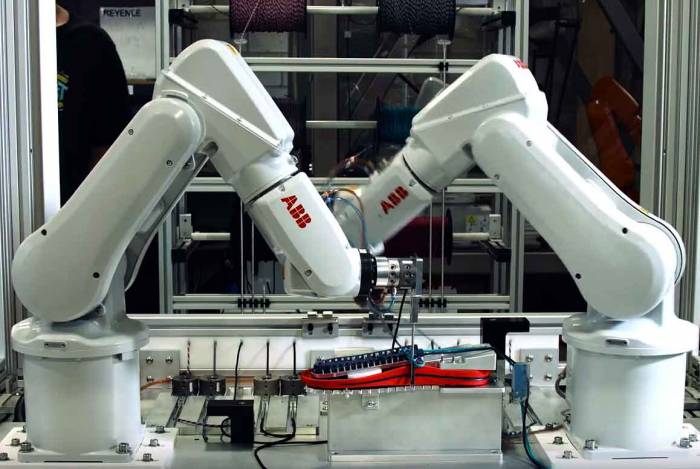 Domo-arigato, Mr. Roboto! Corny as it sounds, that was all I could think as I watched KEEN’s UNEEKBOT bob, loop, and thread sandal after sandal at its unveiling party in Tokyo, Japan, last week.

And while the process isn’t 100-percent automated—a cobbler still puts the finishing touches on the non-knit parts of the shoe—it halves the time it currently takes humans to do it alone.

KEEN has just two of these robots right now, but it signals the first step in a totally different production concept.

The finished robot marks the culmination of six years of imagining and design.

“Honestly, we built this mostly to just show people that we could,” Fuerst Jr. told me. But the ramifications could be broader. 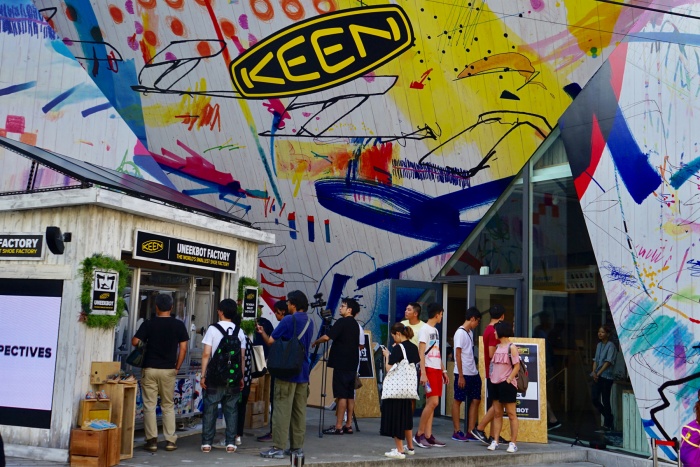 We’re not yet in a future where a robot scans your foot and builds a bespoke pair of shoes. But the UNEEKBOT—or rather, bots as there are now two—is a step in that direction.

Wiivv already creates custom-fit insoles with a foot-mapping app for your phone. And insole giant Superfeet has hinted at custom 3D-printed shoes in the near future. So it’s not impossible to imagine a shoe-making robot that does the same thing. 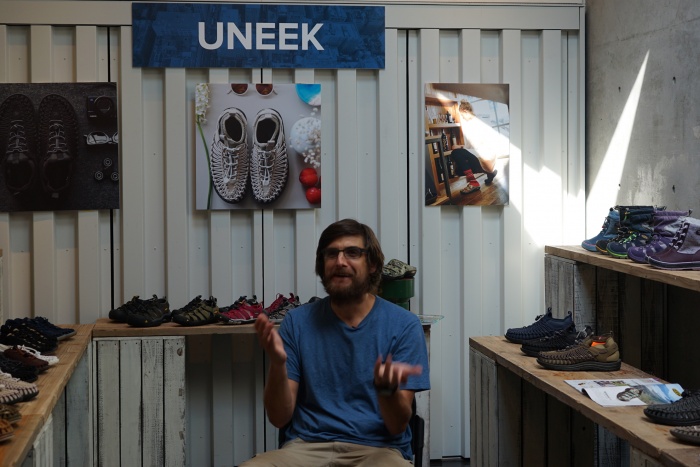 Customers choose a standard size, then match or mismatch it with any available color. You can choose the color for the upper, sole, cord, eye stays, heel strap, and any flat or round bungee cord.

The result is a unique (pun intended) sandal that’s made right before your eyes. This robot doesn’t incorporate custom fit sizing yet.

Once the selections are made a human operator grabs the correct sole and upper, places them on a last, and inserts them into the glass box “factory.”

The UNEEKBOT takes six minutes to select the correct spool cord and weave a sandal, down from the minimum 12 minutes it takes a person. Once the bot finishes, human cobblers add the hardware and check the quality. In total, a customer has a shoe 30 minutes after they order it. 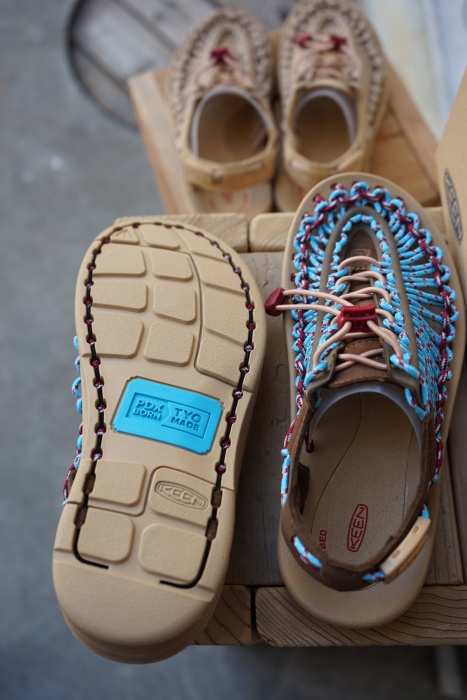 KEEN’s new president, Casey Sheahan, said the UNNEKBOT would help the brand connect with customers by allowing them to “fearlessly pursue self-expression and creativity through our products.”

While KEEN has a faithful following among millennial hikers and comfort-minded baby boomers here in America, in Japan a pair of KEENs is among the most fashionable footwear on the market.

And the loose-knit UNEEK shoe is the trendiest among KEEN’s Japanese offerings. The Tokyo event was the grand unveiling to the public. But a second robot is on tour and attended Outdoor Retailer in Utah.

There are no official plans for the U.S. after OR, but it is here and, according to KEEN, the sky’s the limit.

“Whether it be a dealer partnership or pop-up activation, the beauty of the UNEEKBOT is that by having the ‘world’s smallest shoe factory,’ UNEEKBOT can make the UNEEK virtually anywhere,” said Tyler LaMotte, vice president of Global Brand Marketing at KEEN.

The other robot will remain in Japan, making UNEEKs at various pop-up shops and retailers through August.

As for America, the brand is keeping the possibilities open.

“Who knows? We could certainly do pop-up shops around the country,” said Ashley WIlliams, KEEN’s director of global marketing. “We just want to show people a whole new way to make shoes.”

Saving…
$20 For A Pair Of Socks?! Here’s What You Pay For
Pac-Man Sandals: Chaco Launches ’80s Arcade Classic
×