Strava, the social fitness-sharing app, reached its one-billionth activity upload last week. We look back at some of the wildest accomplishments posted by its millions of users.

It was a milestone, not because of his time, but because Patrick’s was the one-billionth activity uploaded to Strava. In its brief eight-year history, Strava has ballooned to a massive social-networking platform that caters to the fitness-minded.

The site claims to add one million new members every 40 days, and since it launched in 2009, Strava athletes have logged nearly 13-billion miles of running, swimming, climbing, skiing, paddling, and biking. According to the San Francisco-based brand, that’s more than 54,000 trips to the moon.

In honor of the landmark upload, we’re looking back at just a few of Strava’s most memorable achievements. From its 600+ pro athletes to its millions-strong weekday warriors, here are some of our favorites.

Run across America attempts are neither new nor rare within the Strava community. But two successful trans-America runs stand out.

Pete Kostelnick ran an average of 72 miles per day for 42 days (6 hours and 30 minutes), crushing the previous cross-country run by more than four days. The 29-year-old from Hannibal, Mo., still holds the world record.

Perhaps more impressive, though, was Jason Romero’s run across the U.S. Though it took 19 days longer than Kostelnick’s run, Romero completed it with a significant handicap—he’s legally blind. Then 46, Romero ran 3,063 miles from Los Angeles to New York City with the aid of his mother, who drove support the whole way. 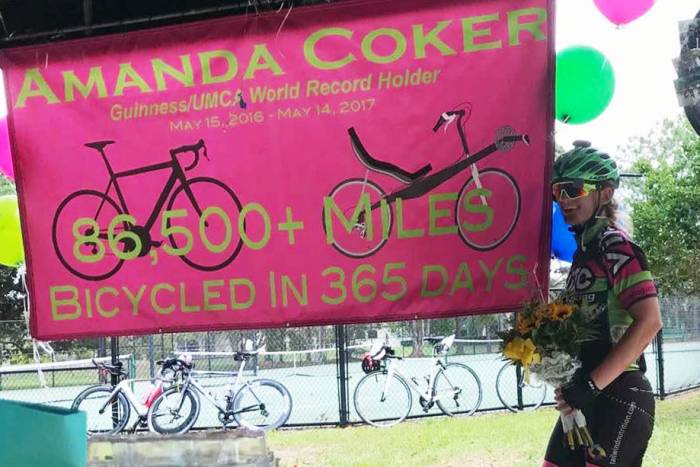 Just this month, 24-year-old Amanda Coker completed one of the most epic records ever logged on Strava—or anywhere! Over the course of 365 days, Coker logged more miles on her bike than anyone in history, setting the Guinness and Highest Annual Mileage Record at more than 86,500 miles. That obliterated the previous record by about 12,000 miles. 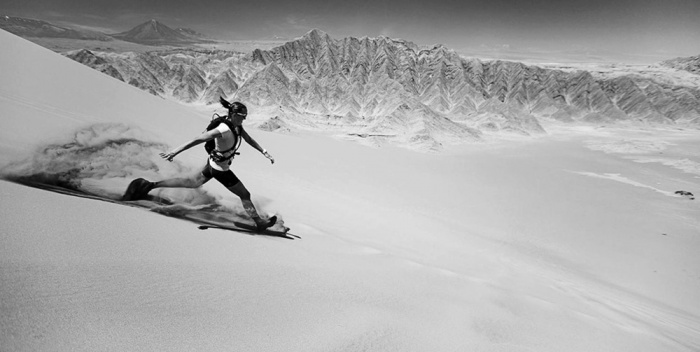 Running five 250km (155-mile) races in one year is amazing. Winning any of them is almost unbelievable. And running them across the world’s most inhospitable deserts is downright superhuman.

But Park City, Utah’s Jax Mariash didn’t use super powers when she logged her attempt to become the first woman to complete the Desert Grand Slam Plus. Her heart and guts earned her four victories (Sahara, Gobi, Atacama, Antarctica) and one second-place finish (Sri Lanka), and the title as the first-ever female to finish the grueling five-race circuit.

Until last year, no one had ridden a bicycle up Mt. Washington in winter. So Tim Johnson (and a Red Bull photographer) decided to give it a go.

He tackled the New Hampshire peak in February, riding seven miles and ascending more than 6,000 feet. The feat wasn’t without danger; Mt. Washington is infamous for its tornado-strength winds, which have been clocked at 231 mph.

One of the most liked achievements among Strava followers was Greg Van Avermaet‘s Gold Medal road ride at the Rio de Janeiro Olympic Games. 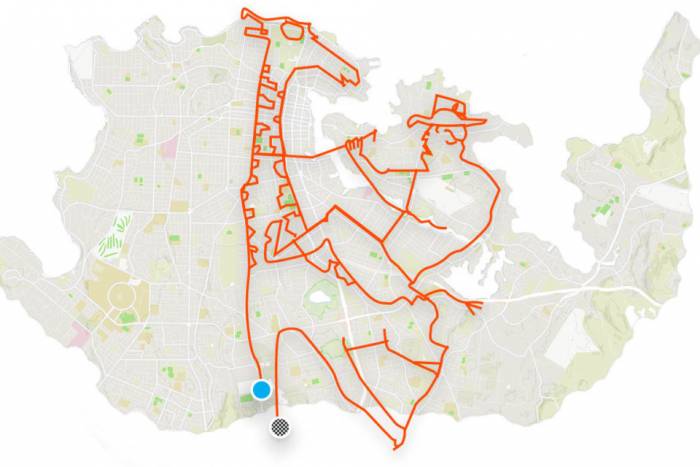 Steven Lund of British Columbia knew the Strava community was tracking his route when he rode his bicycle 84 miles around the southeast tip of Vancouver Island. To the casual observer, Lund’s meandering path might have seemed like a random, illogical mess.

But when he posted it for the Strava community to enjoy, responses poured in. Lund’s depiction of “Garmina the Giraffe” and the “Muscle-Bound Thug” is a fine example of the Strava map-art phenomenon.

Up Next: Street Kitchen: This ‘Upcycled Bike’ Has 34 Utensils