From mountain bikes tailored for women to women’s-specific backpacks and state-of-the-art sports bras, the outdoor and fitness industries are beginning to put women at the forefront. And one Denver business believes CrossFit gyms can do the same.

CrossFit can seem scary no matter who you are. It often involves big warehouses, monstrous equipment, and brawny athletes.

CrossFit Kali owner Lindsay Warren wanted to create the exact opposite at her women-only CrossFit gym in Denver, one of only a few like it in the country. She wanted a place where women would feel empowered and welcomed to work out. 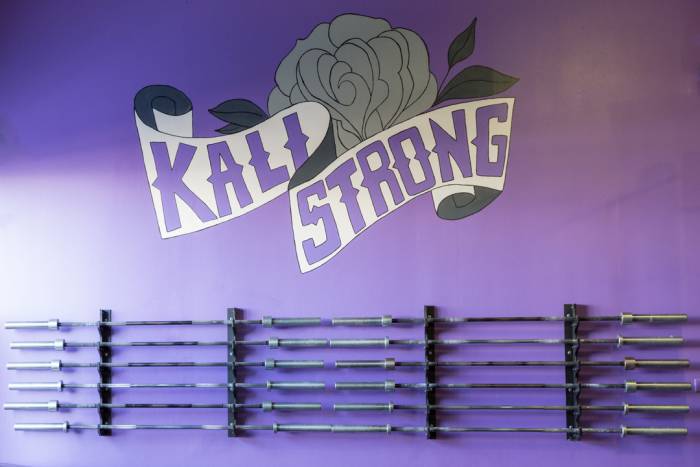 “CrossFit comes off as this big, scary thing that only people who are in really good shape can manage, but it’s for everyone,” she said. “We wanted women to feel safe starting from any level and having a sense of accomplishment after every WOD.”

A women-only CrossFit gym is also a good business decision. Warren says the ratio in typical CrossFit classes is usually about 75 percent women anyway. And more CrossFit gyms are adding classes designed for women. The demand is clearly there. So much so that Warren is considering a second location.

But we wondered whether a gender-specific gym makes this intense, community-driven workout more effective — or whether that even matters.

The WODs at Kali are similar to those at any CrossFit gym. But Warren customizes the rotation of those sets or exercise “schemes” for women.

“In the past, I’ve worked at gyms that will write three to four heavy-lifting days in a row,” she said. “And with the competitiveness in this sport, it’s very easy to push it and get injured.”

Warren has figured out a methodology that works for women who want both challenge and safety in a CrossFit workout. According to Warren, that usually means reducing heavy-lifting days throughout the week and increasing cardio.

It also means writing less daunting workouts that instead “leave every woman feeling great about how far they’ve come.”

“It’s been really fun watching them build each other up and challenge each other in ways I haven’t seen in a co-ed gym,” she said.

Reebok, a brand known for shoes, spent two years refining the new PureMove Bra. It’s available to the public in three days for $60. But will it live up to its billing as the solution to our sports bra woes? Read more…

Other female-friendly elements at Kali include women’s Olympic barbells, which have a smaller circumference to better fit petite hands and allow women to move more efficiently around the barbell during the lift.

“We try to stay clear from a program that will bulk women up in their pecs while targeting weight loss and strength where women put on weight most — the hips and stomach.”

And by adding in sprints and a daily HIIT IT! class, Kali incorporates high-intensity elements without forcing heavy weights.

Depending on the person, the biggest draw of a women’s-specific CrossFit space like Kali could be the community it provides. CrossFit Kali members hang out together on the weekends and support one another at sporting and work events.

“Women have come to us who have loved their previous gyms but never connected with their coaches or athletes in class like we do here,” Warren said. “When you join our gym, you get an instant 100-friend group of like-minded women.”

Up Next: Muscle Up at Home: Gear Basics for Your CrossFit Garage Gym

Saving…
Muscle Up at Home: Gear Basics for Your CrossFit Garage Gym
Why This Champion Marathoner Says Running Shoe Stores Are Off Track
×