Home » Fitness » From Runner to Powerlifter: 5 Tips for Going From Gazelle to Gorilla

In January 2019, I made the switch from CrossFit to powerlifting. Nine months later, I broke three records in my first competition. This is how I launched my powerlifting career.

While I was chugging through the 120-mile TransRockies Run or the TNF Endurance Challenge 50K, I had no idea that I’d be dragging 600 pounds up my shins a few years later.

I’ve been lifting weights and participating in CrossFit for the last 6 years, but I was never more than an above-average athlete.

From December 2018 to September 2019, I’d added 100 pounds to both my back squat and my deadlift, gained 20 pounds, and broke three California state records in my first meet (the Drug Tested West Coast Open in Lincoln City, Oregon).

Even better, I was going on 9 months of serious training without so much as a pulled muscle (the longest streak I can recall).

I asked my coach, Danny Delao, a nationally ranked tested powerlifting athlete and USPA-certified powerlifting coach, how he turned me from a runner into a silverback.

“A good one-on-one coach should be able to diagnose weaknesses and assist you in making them your strengths,” Delao said.

Following an Instagram influencer’s posted workouts might give you a good burn, but having a personal coach will get you farther in the long run.

A one-on-one coach (in person or virtual) will observe your movement patterns, evaluate your strengths and weaknesses, and set up a specific, periodized program for you.

Get Your Form Dialed 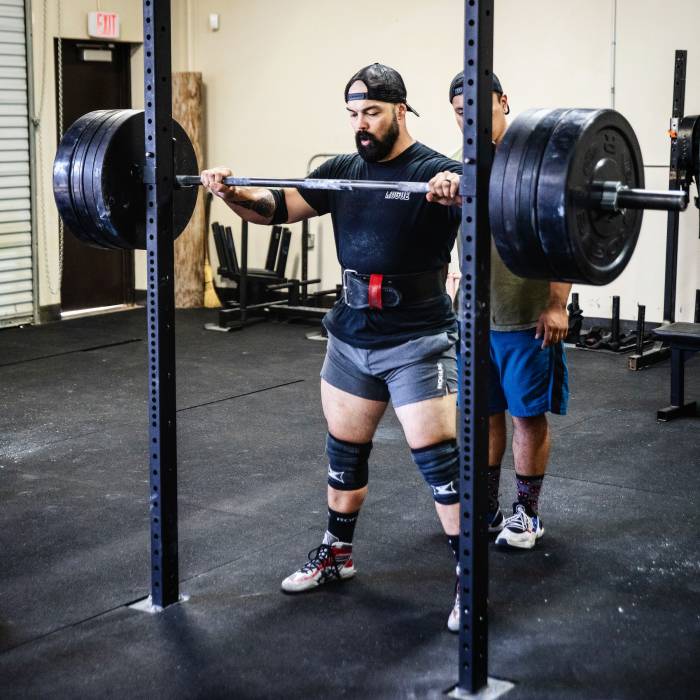 In the early stages of your first training cycle, your coach will evaluate and tweak your form to prepare you to move progressively heavier weight. Not only will proper form help you lift more weight, but it’ll also keep you safe while doing it.

A quarter of your training cycle is going to be within 20% of your one-rep max, and if you don’t have your form down just right, you’re an injury waiting to happen. A good coach will hammer the fundamentals of the squat, bench press, and deadlift into you and perfect your form.

“A linear goal allows you to focus, and the organizational process creates purpose for the ultimate goal,” said Delao.

Despite what Instagram might tell you, hard work isn’t sexy. Putting in your reps is akin to putting in your miles when you train for an ultra.

My training program stuck to a rigid periodization program. The plan was simple (but not easy). We figured out my starting one-rep max in the squat, bench press, and the deadlift, then lifted four to five times a week for 8 weeks.

I started with higher repetitions and lower percentages of my one-rep max, then progressed upward in percentages with lower rep ranges.

It was challenging, but nothing that would leave you gasping on the floor (a huge change from CrossFit). At the end of the 8- to 12-week training cycle, we established new, higher one-rep maxes, then repeated the cycle with the new maxes.

“We should be as aggressive in our intent to recover and build from our exercises as we are to do them,” said Delao.

It’s as much about how well you rest as it is about how much you lift. Getting stronger is taxing as hell.

Lifting heavy hammers your central nervous system, so get ready to sleep. For the first few weeks of lifting heavy, I was falling asleep on the couch at 7 p.m. every night.

Throughout training, I was focusing on getting at least 7 hours of sleep a night and taking a rest day after every 2-3 days of lifting.

“Think of your body as a car and food and water as your gas and literal fluids. If you don’t put enough gas in, you won’t get where you’re going,” Delao said.

Getting a lot stronger in a somewhat short amount of time is going to take fuel. Lots of fuel. The whole purpose of lifting weights is to break down the muscle so that it rebuilds itself stronger (and sometimes bigger).

You’re going to need the building blocks to rebuild that muscle: protein, carbohydrates, and fat. I used a Whoop Band and an online calorie calculator to establish my caloric requirements.

“Remind and reassure yourself that you’re training for strength, not aesthetics. Strength is your priority at this time,” said Delao.

Those extra calories usually mean putting on some extra fat. If you’re used to being lean, you’ll need to remind yourself (often) of your goals: If you’re powerlifting, your goal is maximal strength, not maximal abs.

Give yourself a specific goal and a timeline. Knowing that you’ll only be focusing on putting on extra weight for, say, 6 months will give you an end goal to work toward.

Up Next: How I Stay Fit: Founder & Publisher Stephen Regenold