There’s a little bit of voodoo mixed into the art and science of catching fish. Fishermen and women, on the other hand, are pretty straightforward. 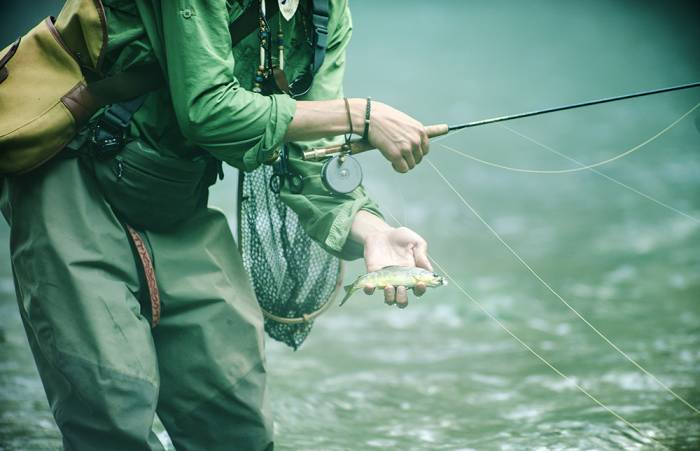 Their lust for gear has no bounds, so a little savvy will land the perfect gift every time. Here are some solid choices they won’t expect.

Whether they design and tie their own flies or just drop a hook on the weekends, a Tenkara rod is a good gift and one of those items not many anglers already own.

They offer unmatched simplicity and portability that will allow your angler to chase fish whenever they have free time and a body of water. There’s no reel and the rod itself collapses down to less than two feet long. It’s the ultimate backcountry rod or a great one to tuck behind a car seat. The $160 Teton Package from the Tenkara Rod Co. is a nice place to start.

For The Old Salt: The Ultimate Fishing Tool

The Buick Splizzors ($89) are the burliest scissor/plier tool you’ll hold. Pull hooks from that toothy mouth, clean your catch, even open your beer. These things are awesome. The Splizzors are a good choice for the big game, saltwater angler, or those who want the last fishing pliers they’ll ever need. They might be overkill for those who catch and release lots of small trout. For them, a $5 hemostat is a good choice.

Few pieces of gear make better gifts than a Yeti. The coolers both at once say “I have faith in your fishing skills; go fill this up” and “Have a great weekend—may your beverages be always cold.” 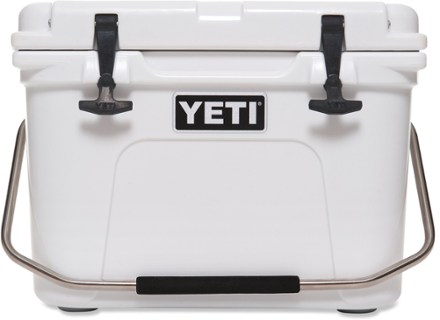 “Why the Roadie ($250) specifically,” you ask? Because it’s small enough to carry out to the fishin’ hole or fit in nearly any boat but also makes a darn good seat.

If they already have a Roadie, you have a choice to make: if they actually catch fish, get them something bigger, like a Yeti Tundra. If they carry beer in and only come home with empty cans, go with a Rambler mug so they can sober up with a hot cup of coffee.

“But Josh, our boat doesn’t have sails!” Doesn’t matter. 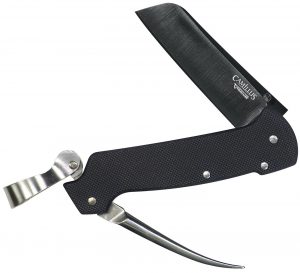 Sailing knives are fantastic for fishermen regardless of their boat type or lack thereof. The ultra-thin, hollow-ground blade is designed for cutting rope and works perfectly for cutting whatever lines they may need to cut when that big one’s getting the best of them.

My favorite is the Camillus Carbonitride Titanium Folding Knife ($35) with the built-in marlin spike. That curved, pointy part (the marlin spike) is one of the most useful tools anyone could ever carry. It’s designed for poking into and loosening knots but it also works for opening cans when cold fingers fail, scratching itches in inconvenient locations, and stabbing the guy who keeps standing too close and jabbering while you’re trying to fish.

For The Adventurous Angler: A Kokopelli Pack Raft

There are some spots so perfect that God Himself made them too hard to reach that mere mortals could never fish them. Until now.

Pack rafts have been around for a while but Kokopelli has taken something great and made it lighter, easier to use, and more affordable than ever before. They’re made in a garage in Colorado so, in addition to getting an awesome gift that will allow your angler to fish shots that were a giant pain in the butt to reach, you’ll be supporting a small business and a couple guys trying to do stuff—that just feels good. The $525 Hornet Lite, pictured here, weighs less than five pounds.

Fishin’ And Eating: An MSR WindBurner

There’s no replacement for a campfire but there are plenty of times and places where you just need to boil some water and rehydrate an envelope of chili mac (trust me—it happens more than you’d expect). 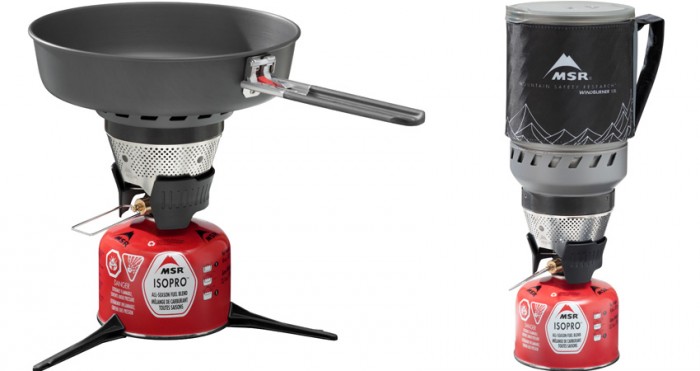 MSR’s WindBurner ($130) is a large-capacity (1L) canister stove and pot system that works like a champ and packs completely (including the fuel canister) inside the pot. As a bonus, you can get a skillet that fits with it for when your angler pulls out some panfish. 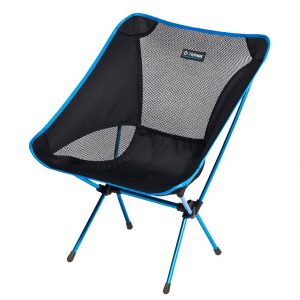 Helinox’s Chair One is the sturdiest, most comfortable, ultra-light camp chair I’ve ever dropped into at the end of a long day. It’s small and light enough that I carry it on long-distance backpacking trips and comfortable enough that I toss it in the Jeep when I’m headed out for a day trip to the river.

These don’t typically make it onto outdoor gift guides but I live in Arkansas—the land of fried catfish. Other GearJunkie editors have used them on the other end of the continent to make fried halibut cheeks. On the beach. In Alaska.

Cabela’s makes a small, portable, electric deep fryer that retails for about $80. It works just fine on a sturdy power inverter and deserves a spot on the tailgate. 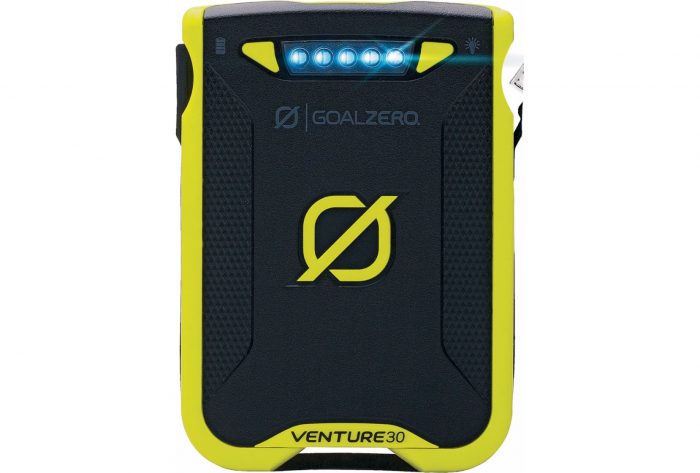 Somewhere between the stocking stuffer and the full-on, under-the-tree gift, lies the Goal Zero Venture 30 ($100). It’s a small battery pack that can be charged via solar panels while your angler’s out or filled-up at home before the trip. It’ll keep their phone/camera charged for emergencies or that big-catch photo and will also carry enough juice to charge devices for their friends who didn’t have such awesome gift-givers.

Lastly… For the angler who comes home with nothing more than fish tales, you can always give them a Red Lobster Gift Card.