Kid push-bikes are becoming mandatory for littles ones looking to ride and learn balance. We put our tiny tester on two new models. 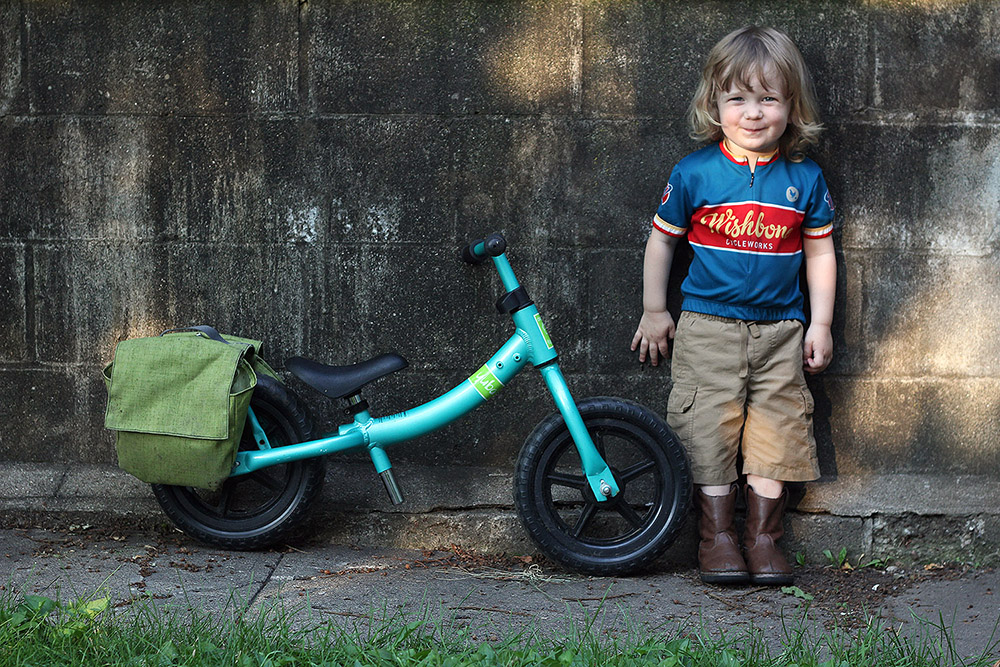 At age 2 my son Levi is already pining to ride with his bigger siblings. He hopped on the push-bikes we gave him just a few weeks after learning to walk. Now he’s a tiny speed demon on the sidewalks, with scraped-up knees and a smile to prove it.

This spring my wife and I upgraded Levi’s fleet with two new models. The first, made by Yuba Bicycles (see photo above), has a rear rack and tiny panniers where he keeps some toys.

It’s called the Flip Flop. Its frame is made to “grow” with your child, as its seat post adjusts and the top tube flips around to add height to the frame.

Munchkin-size Levi rides the Yuba in its lowest setting for now. The company says the balance trainer bike, which has no pedals, can be used by children up to age 6.

With no drivetrain or brakes kids run and push off to roll down the driveway. Levi jogs a bit then tucks his legs up, balancing on two wheels and coasting ahead.

The Flip Flop has an aluminum frame and foam-filled tires that cannot pop. It weighs about 7 pounds, which is manageable even by a 2-year-old.

Yuba sells the push-bike for $149. I recommend this kind of bike for little ones looking to learn balance on a bike without the added challenge of pedals and brakes, which can wait until they are a bit bigger.

A second tiny bike we tested comes from a New Zealand company called Wishbone Design. Like the Yuba, it converts to a couple different configurations for girls and boys of varying sizes and abilities.

The frame of the Wishbone bike adjusts up and down via a hinged midpoint. Loosen a bolt and the frame can be raised and lowered to fit tiny kids up to those heading toward Kindergarten. 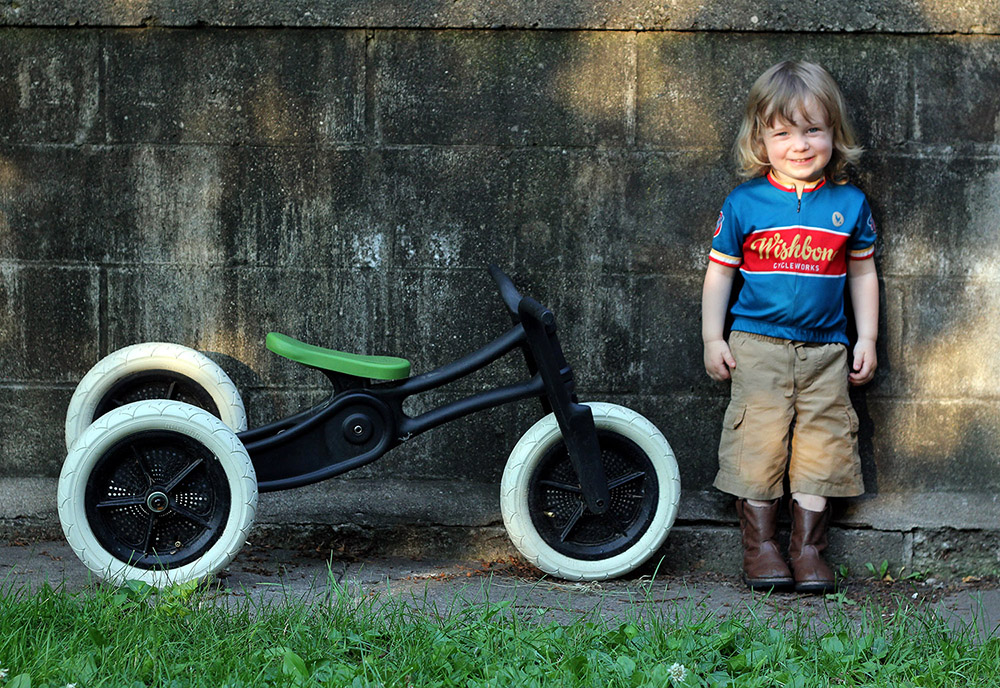 It also transforms from a trike to a two-wheeler, making it usable for the littlest of riders. Wishbone notes children as young as 12 months are a fit for the no-balance-required trike.

We set it up for Levi in the three-wheel configuration and turned him loose.

The bike is called the Recycled Edition because its frame is made of a plastic that is up-cycled from old carpeting. The result is a dense, smooth material that feels almost like wood.

The bike has 12-inch inflatable tires, which are nice for air-pressure adjustability. In trike mode the ride weighs around 13 pounds, making it heavy for tiny kids, especially on hills.

On the go, rolling on flat ground, the weight doesn’t matter. The Wishbone was a smooth and fun ride for Levi.

One caveat: At times, in the trike setup, Levi would let his feet drag behind, and the wide axles of the Wishbone would roll up onto his shoe.

He learned after a few times to keep his feet running and engaged. (Raising the seat will also help eliminate the axle issue.)

Wishbone has built a durable bike, with materials and a finished look and feel that is of a higher quality than most tike offerings. Its adjustability and 66-pound weight limit makes it good for the long haul with a little one, too.

You pay a bit more for the upgrade. The Wishbone Recycled Edition goes at $229 from wishbonedesign.com. Worth it for a kid looking to rip from age 1 and onward down the sidewalk.