Back in the day, it was cool if you got a Power Wheels for the holidays. The Jeep, the Corvette, or the Grave Digger gave you massive street cred with the neighborhood kids.

In prehistoric times, it was Radio Flyer’s little red wagon. But we now live in the future, and if you want your kids to keep pace, they need the electric children’s vehicle of modern times.

Available on December 1, the brands call the Cyberquad a “high-performance electric ATV” that offers solid speed, capable handling, and high run times. The “you’ll put your eye out” crowd assesses that it’s suitable for kids 8 years and older.

The design is Tesla and Radio Flyer’s first collab since 2019 when they built a Tesla Model S for kids ages 3-8. That rig was decidedly less burly than the Cyberquad — its lithium-ion-powered motor topped out at 6 mph, and the body and tires were plastic.

The Cyberquad, on the other hand, sits on a solid steel frame and rubber tubeless tires (16″ in the front, 14″ wides in the back). It even has a hydraulic rear suspension to keep it stable on the choppy stuff. 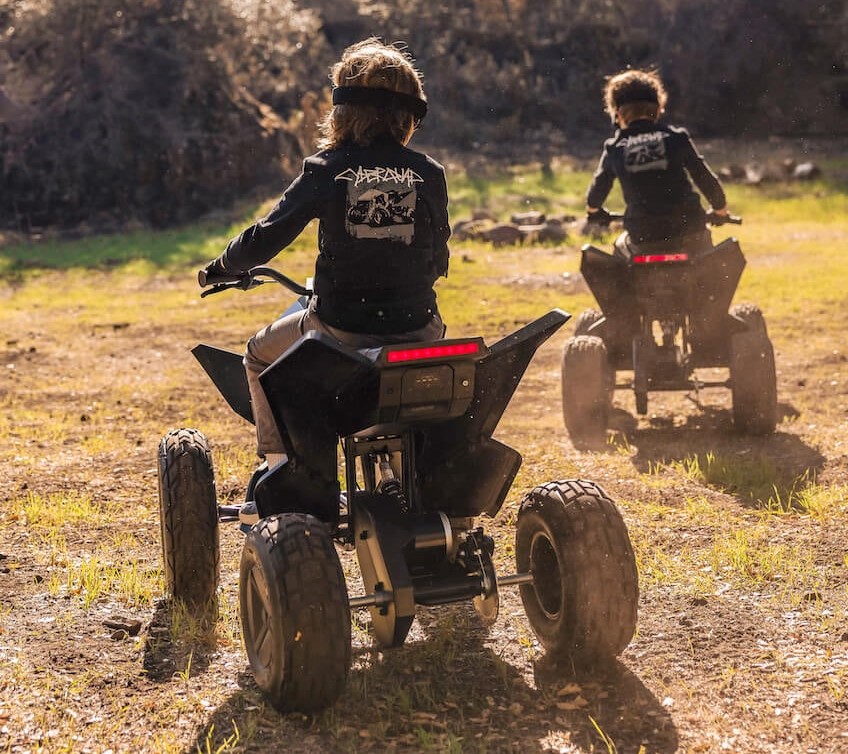 With the handlebar-mounted thumb throttle wide open, it hums along at 10 mph. The throttle also controls braking, but in emergencies, a hand-activated rear disc brake should make it stop on a dime. A padded seat, working forward light bar, and forward and reverse capability round out the Cyberquad’s features.

You might want to at least keep loose tabs on your kid when they take it out for an adventure. The 36V lithium-ion battery can propel the quad 15 miles or more on a single charge.

For more caretaker comfort, there is a “parental control” switch on the back that works as a governor — toggle it to “low” and the Cyberquad won’t break 5 mph. It’s unclear, though, what keeps kids from controlling the switch just as easily as parents.

Cyberquad for Kids Availability (Or Not) 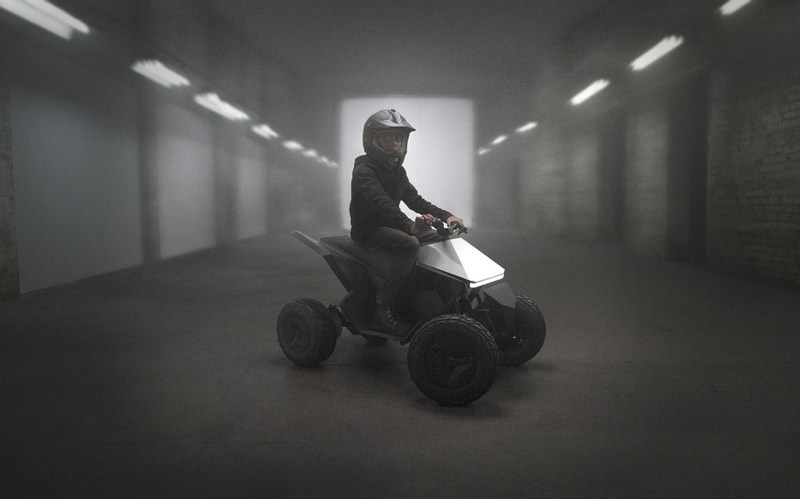 Find out everything there is to know about the Tesla x Radio Flyer Cyberquad for Kids on Radio Flyer’s website. For now, there’s no way to get your hands on one — Tesla’s shop marked it out of stock less than 24 hours after it was announced.

Was the Cyberquad a typical Tesla tease? Looks like the only way to find out is to stay on the webpage and keep mashing refresh. MSRP: $1,900.

Up Next: Report Confirms US Generates Most Plastic Waste of Any Country on Earth