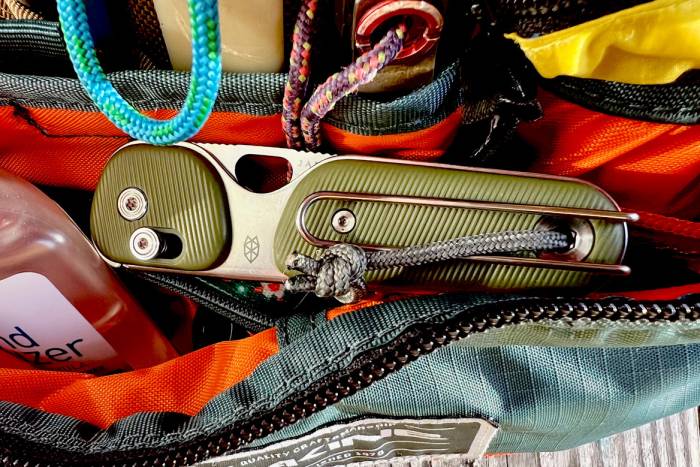 Looking like it stepped out of your favorite sci-fi movie, the Redstone pocket knife from The James Brand is a unique attempt to include features that are generally absent in a minimalist knife. And it works.

The Redstone could be the blueprint for the next generation of climbing knives. But beyond that, this blade may well find its way into the pockets and pack lids of people who don’t set foot (or crimp) on a crag.

A forward-thinking design by The James Brand (TJB) mightily increases the amount of work this folding knife can do.

Designed with professional climber and photographer Savannah Cummins, TJB built the Redstone for access and ease of use. But with features like a deep carry pocket clip, jimping for added precision and control, and a unique “island” pattern of handle scales that aid in the grip and maneuverability, the Redstone is a step away from climbing knives like the Petzl Spatha.

I spent 2 weeks, primarily in the woods, with the Redstone. I took it hiking and used it in real-life situations: cutting rope and twine, whittling fir sticks for a fire, and slicing up veggies for chow.

In short: I wouldn’t call the Redstone an everyday knife, but I wouldn’t limit it by calling it a climbing knife either. The Redstone is a great outdoor utility knife you can tuck in your pocket or throw in a pack and use almost anywhere, for anything. Its unique design isn’t just for looks; it adds to the structure and function of the knife while keeping it lightweight. I could see the Redstone’s razor-sharp blade, aided by the serrations (which I used to hate and swore off for years) allow it to cut through rope, food, and kindling easily — all for under $100. 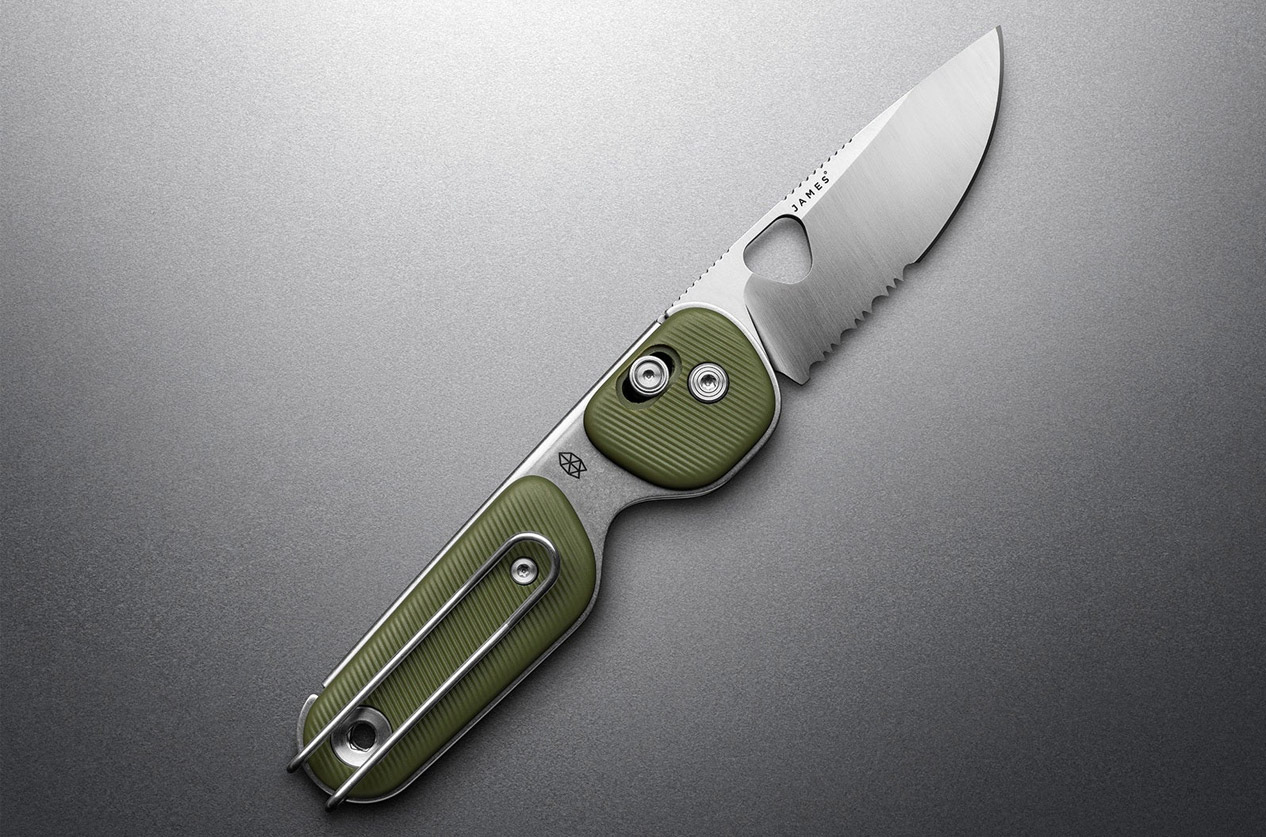 Built off a stamped and folded steel frame, the Redstone virtually disappears in your hand and pocket. But it just as easily finds its balance when deployed and in use; your index finger finds the choil every time you put it to work.

This allows you to really double down on what you’re doing with the Redstone.

Folks familiar with current knife trends will recognize the ambidextrous TJB slide lock as reminiscent of Benchmade‘s Axis lock — frankly the best and most innovative lock mechanism in the market today.

Being that the two function identically, you shouldn’t have a reason to question their reliability, durability, and ease of use.

If you’re looking for a boutique blade steel here, you may be disappointed. But where The James Brand opted to stay away from trendy blade materials, it erred toward a time-tested dynamo steel: Sandvik 12C27.

Choosing this steel keeps the overall price of the Redstone down but, because it’s stainless steel, increases the corrosion resistance and durability of the blade.

After years of experience, I am not a fan of serrated blades. But when you consider the fact that the core of the Redstone is a climbing knife, serrations make the most sense — they cut through climbing rope in a flash and could help you out of a jam easier than a plain-edged blade.

I was excited to test that theory and overcome my staunch opinions.

The Redstone is lightweight, more than I imagined it would be. But for something that could be misconstrued as minimal, it’s far from it.

By creating a frame from a single piece of stamped and folded steel and opting to utilize no-brainers like polypropylene handle scales and a wire pocket clip, The James Brand was able to keep the weight of the Redstone down without compromising its durability or abilities.

Out of the box, what impressed me — aside from the aggressive serrations — was the handle scale layout.

With a smaller scale around the pivot, a larger scale for your palm, and a gap in the middle, you get an increase in grip. This forces you to fit your index finger into the gap, which lines up with the choil. And it all combines to provide the best control one could have over a knife.

I’m not a fan of wire pocket clips, and the Redstone didn’t change my mind. However, I am a big fan of large thumb holes for ease of opening and spine jimping for those times when you need to double down in cutting and slicing.

This knife is fairly universal, but I had to see how it would perform when slicing through a climbing rope.

Under tension, the serrations on the blade proved they could mark the difference between life and death in a jam out on a wall. I cut through an 8.5mm rope effortlessly.

The serrations here are meant for right-hand use, but lefties: Don’t let that deter you. I am left-handed and had no issues with any of the tasks I was performing with the Redstone.

Big picture: The Redstone isn’t just for climbing. This is a great, adventure-ready EDC pocket knife that you could use on a day-to-day basis. The only thing that would separate the Redstone from the cadre of choices on the market today that have similar, if not the same features, would be the way the knife looks.

Yes, it does look like it fell out of a spaceship, but with that comes the increased grip that provides more control over the knife in different weather conditions. Overall, the Redstone is a shining example of form aiding function, and that’s forward-thinking.

Climbing knives get lumped into a category where people think they’re good for cutting rope and into fresh bags of chalk, and that’s it. Thankfully, the Redstone by The James Brand isn’t just a climbing knife, it’s a statement. The Redstone is a knife that I believe could influence design changes throughout the knife industry.

Plus, it is minimal. You can see that in the build and feel that in the weight of the Redstone.

The vast array of features makes this knife a welcomed companion for almost any task, on any given day. Its size and shape are commensurate with its abilities.

If you keep it between the lines in terms of what you’re planning to do with the Redstone, based on those factors, you’re going to be very happy with the results. 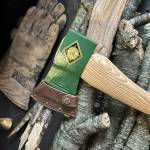 Resist the urge to display the Hults Bruk 325-Year Axe on your wall. Read more… 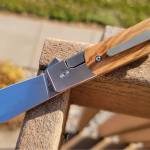 Finch Knives Model 1929 Knife Review: This Retro Blade Is Anything but Dull