The KA-BAR Becker BK-16 is a great knife with two glaring issues that you can easily remedy and upgrade yourself. Here’s how to fix one of them.

In addition to being a Le Cordon Bleu-trained chef, Ethan Becker is also a master knife designer. The brains behind many of KA-BAR’s best designs, Becker’s insights result in some of the best fixed blades available, all at a very reasonable price.

Of the knives in his stable, my favorite, and perhaps the internet’s favorite, is the BK-16, a midsize knife with excellent ergonomics and the ability to do just about anything you ask of it. The BK-16 is an excellent blade, but there were two glaring issues for me. 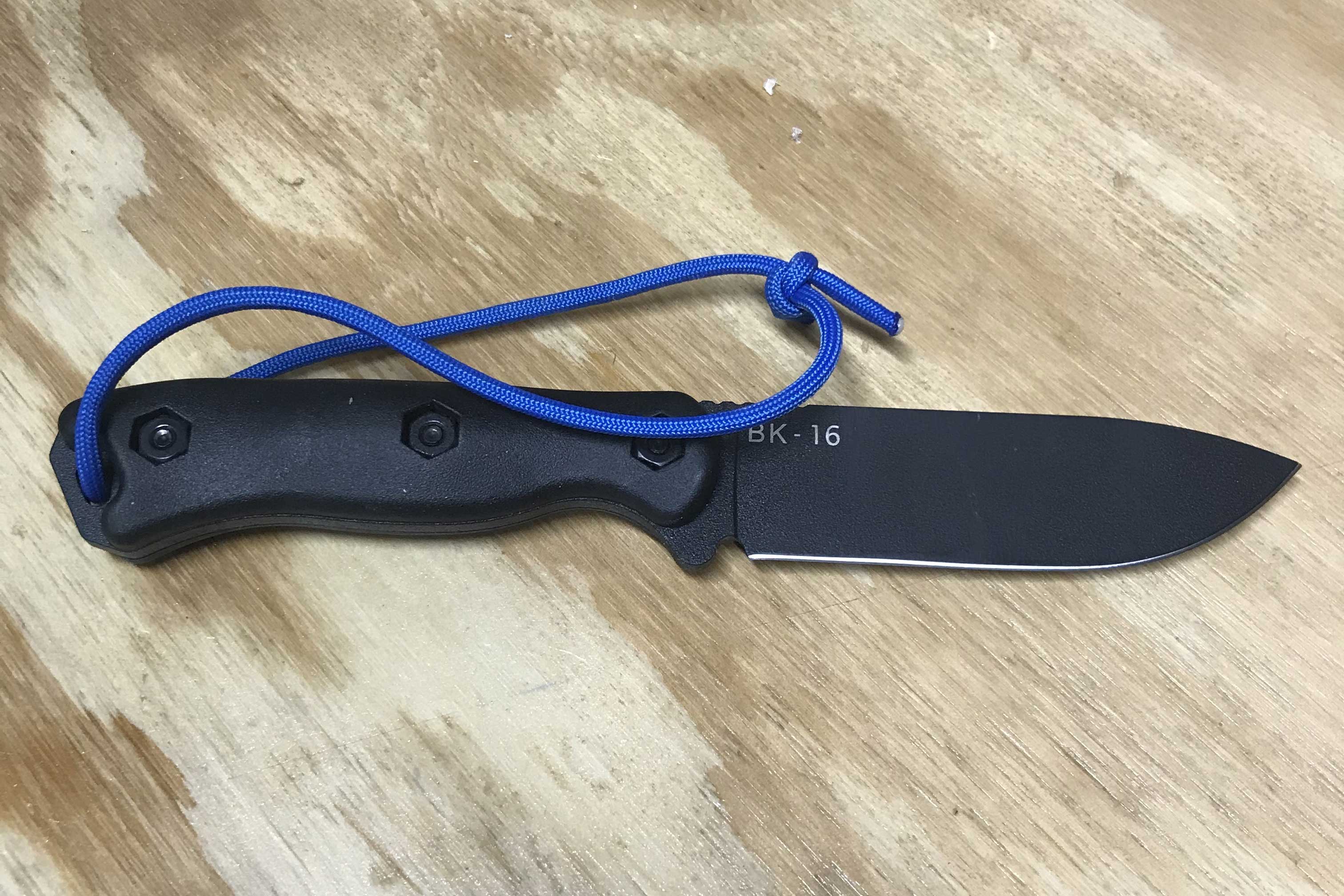 Here, I give solutions to the first problem, detailing how to remove the coating. This will work on many coated blades, especially those in the KA-BAR lineup. If the knife’s coating is a spray-on as opposed to a PVD coating, this has a chance of working (though always test in an inconspicuous spot first). 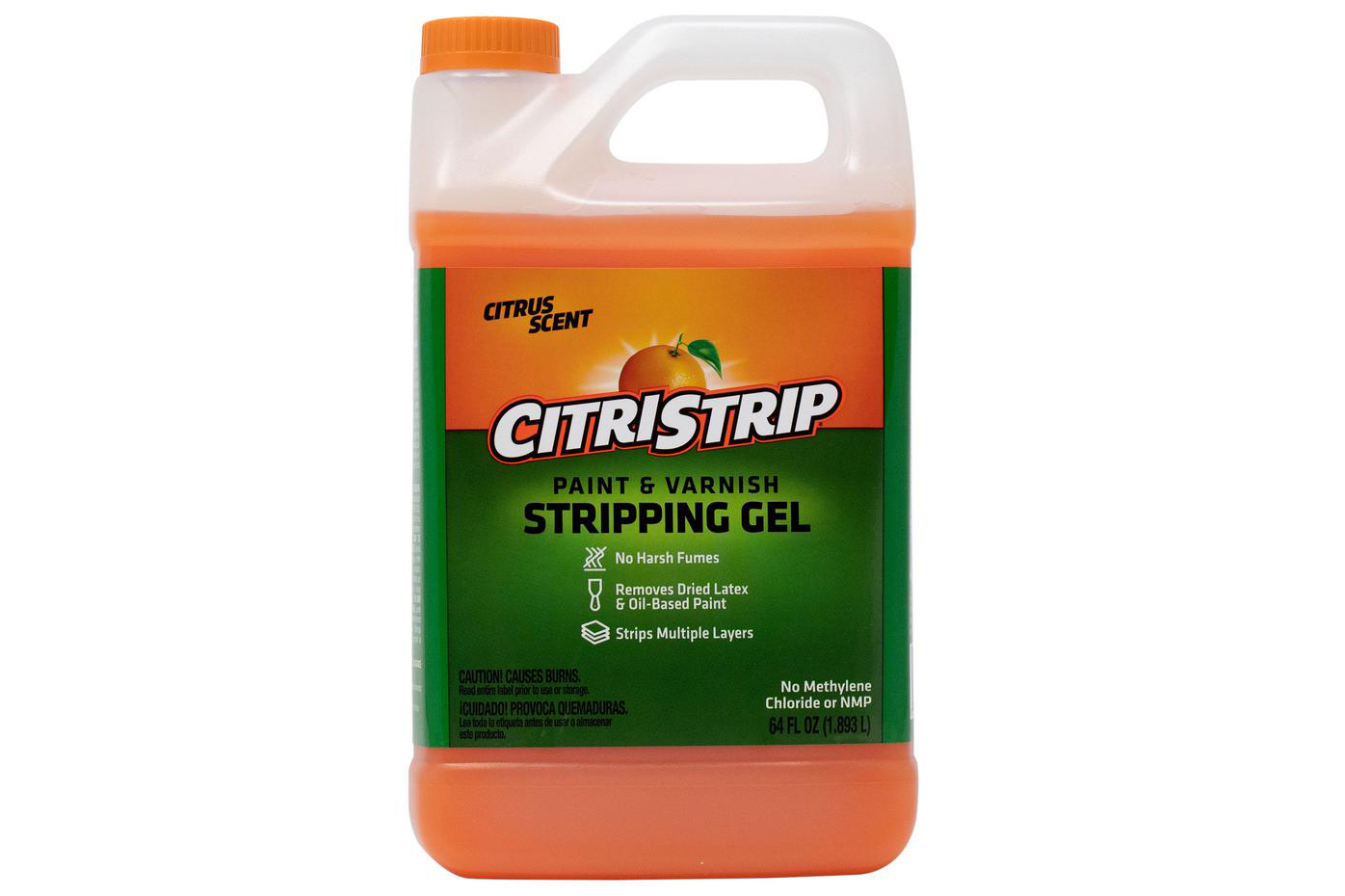 First, make sure it’s not paint thinner or mineral spirits. While these can take off a small bit of paint or thin coatings, they can’t get rid of the coatings here.

I used a gel-based stripper available at both Home Depot and Lowe’s called CitriStrip. It lacks some of the high-powered solvents that other strippers do but worked just as well. Not worrying about fumes or the disposal of hazardous chemicals is a good thing. 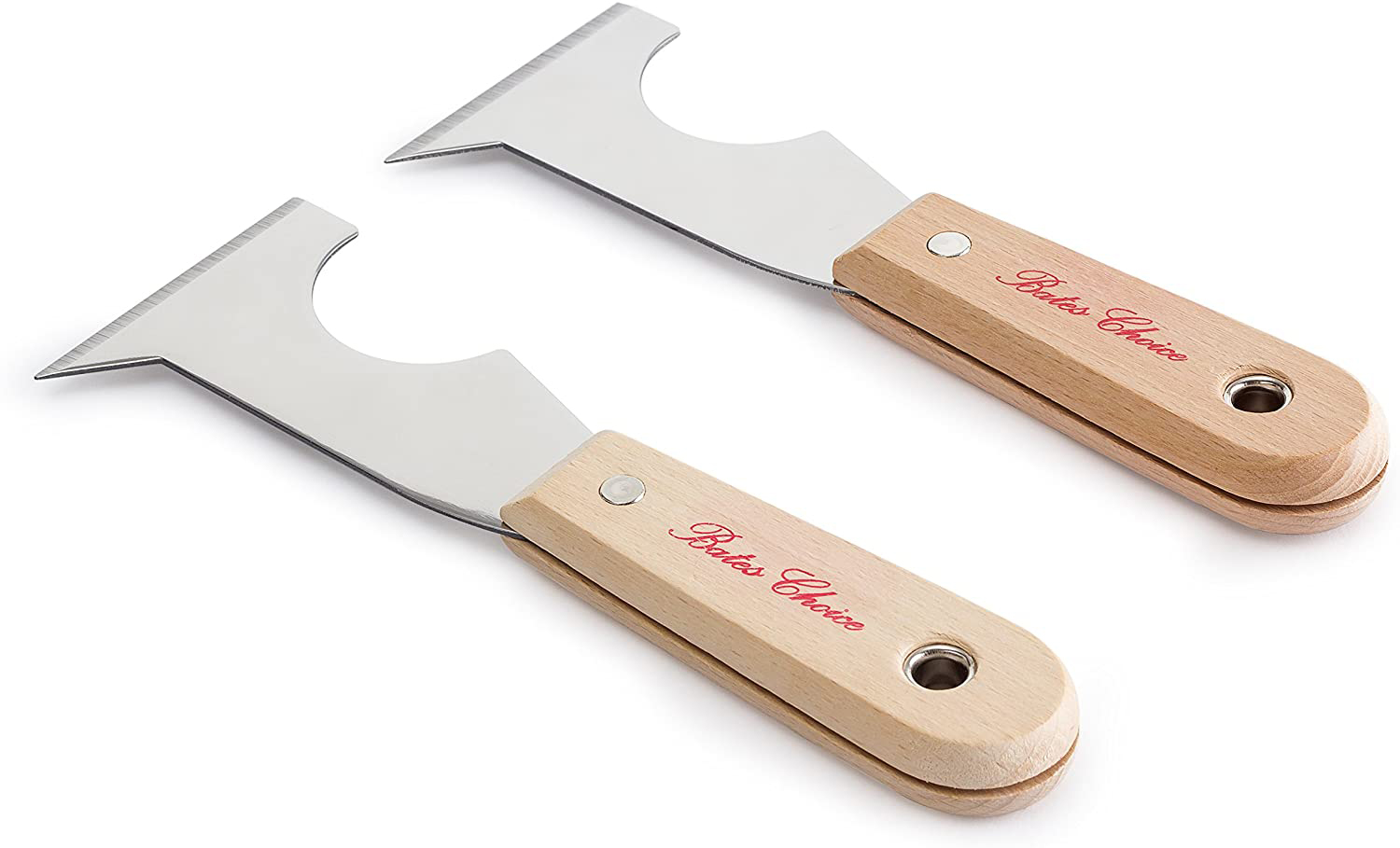 While you could try this with a butter knife or a chisel, this is exactly what a putty knife is designed to do. And they’re cheap.

Although CitriStrip won’t burn your skin off at the slightest contact, it’s still a powerful solvent and will cause skin irritation. Avoid touching it if you can. Plus, with all of us quarantining, you probably already have some disposable gloves. 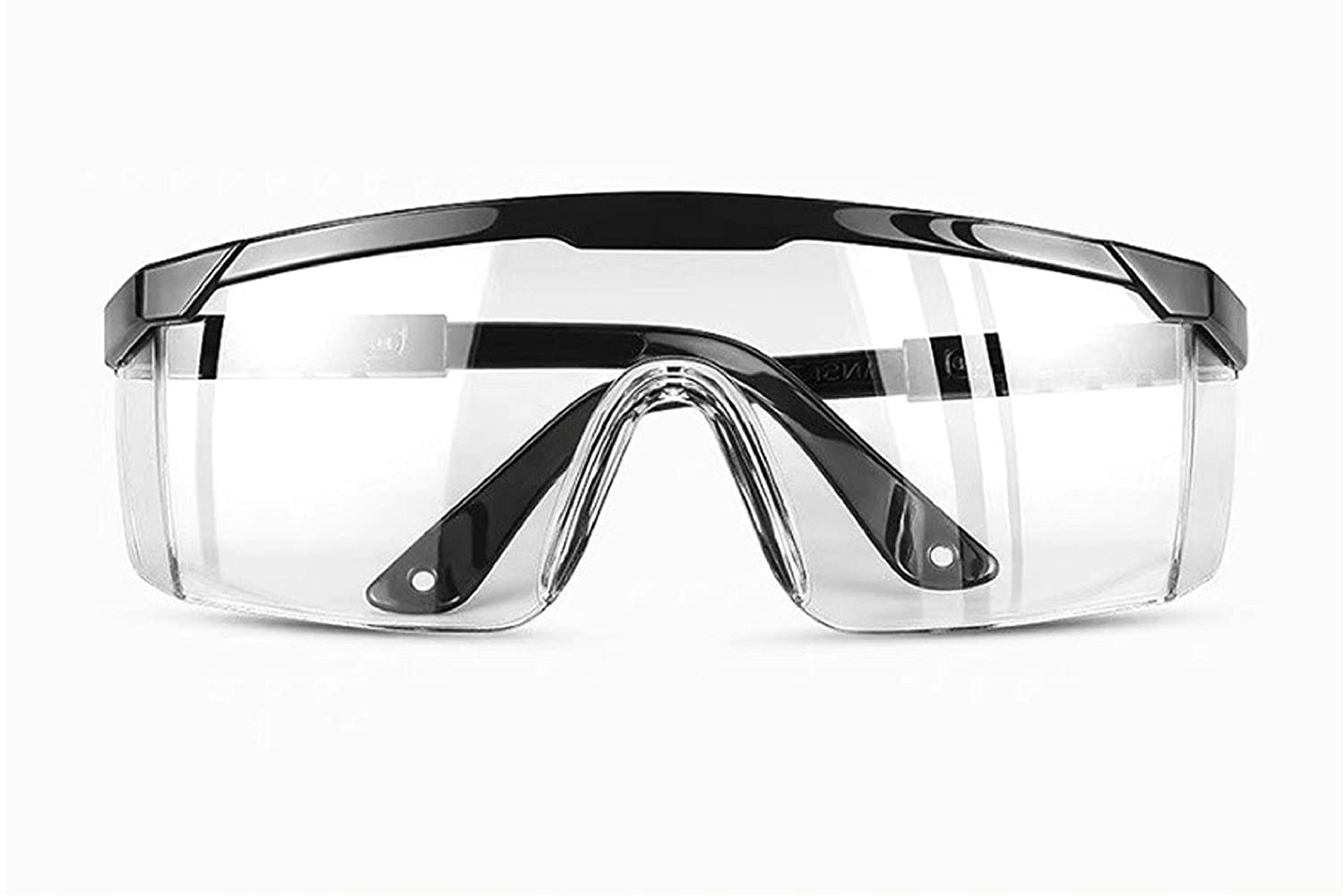 For all its orangey goodness, CitriStrip in the eyes would still be a major problem.

Other Stuff That’s Nice to Have

To make the process even easier, use an old toothbrush, a Q-tip, a wire brush, a small screwdriver, and a magnetic parts tray.

All but the magnetic parts tray will help you get rid of the last flecks of the coating. While technically only the coating on the blade needs to be removed, those of us who like to unlock completeness achievements in video games will try to get rid of coating even in the screw holes under the handle scales.

A magnetic parts tray keeps your parts in the same place. If you don’t have one, get one. It’s incredibly handy, and you’ll use it for a myriad of other things. 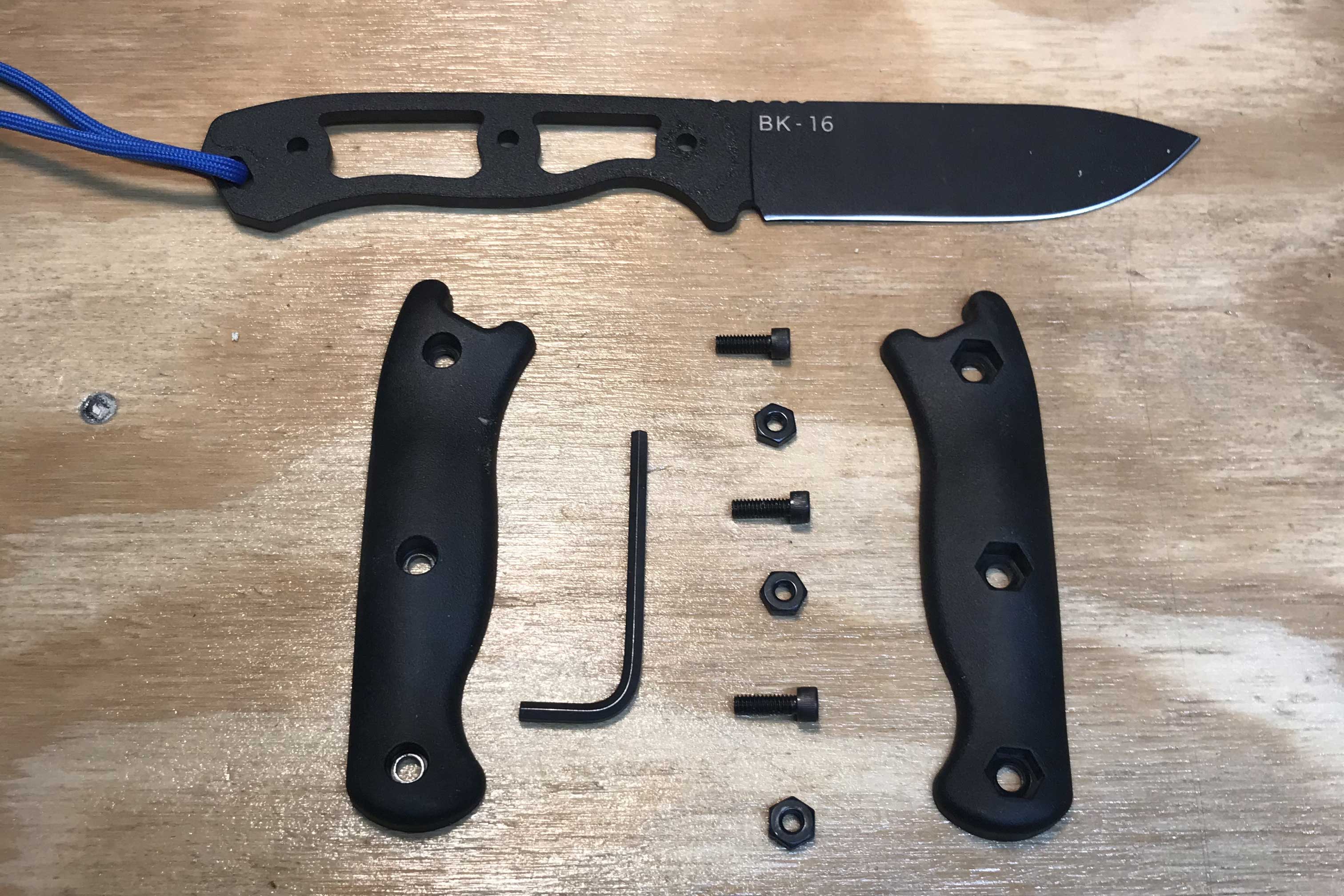 After you have the knife completely naked, set up a container for the stripping agent. Here, I used a disposable lasagna tray, but anything made of glass should also work (please wash thoroughly if the container is not disposable). 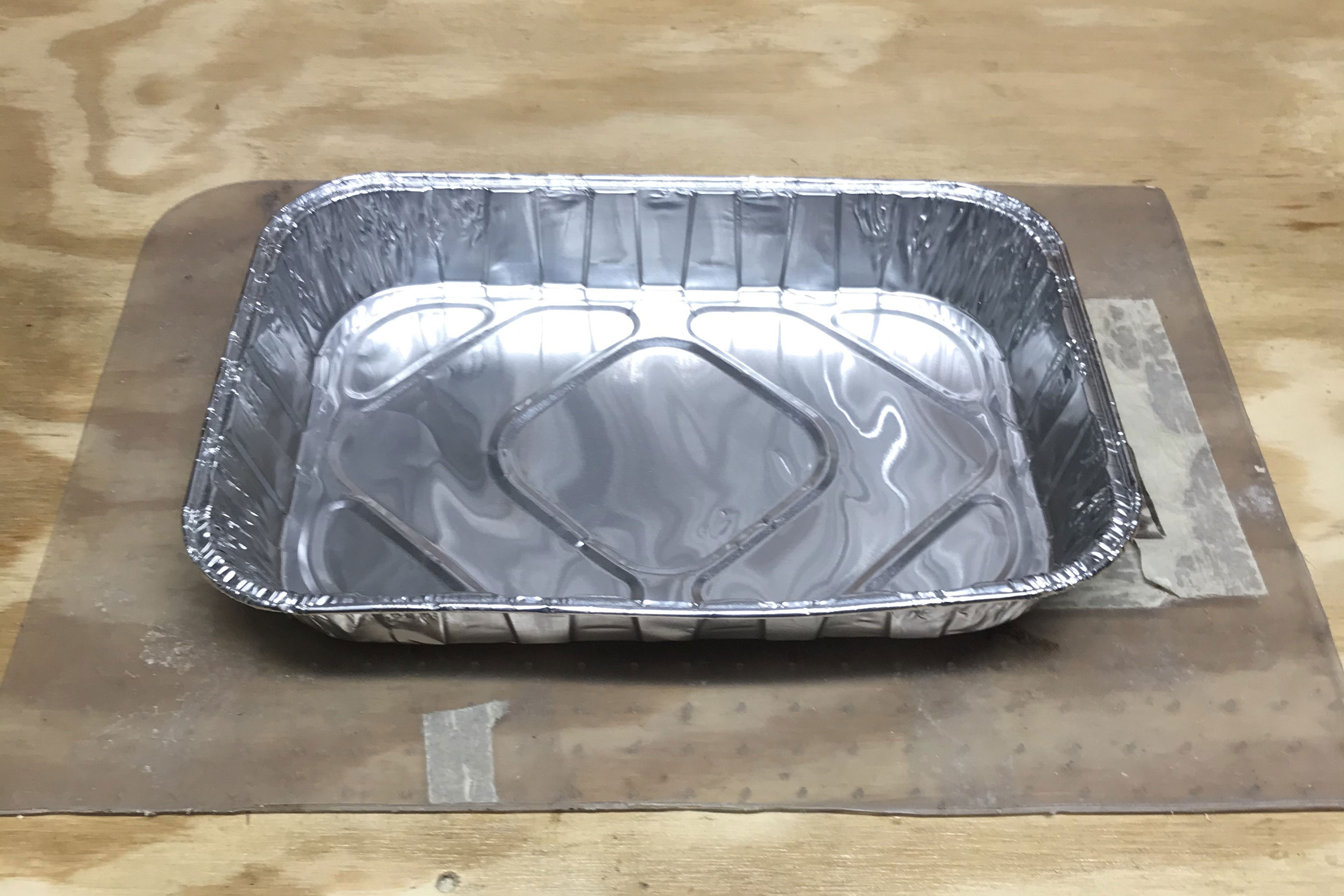 Once the knife is stripped, pour out enough stripper until the bottom of the tray is mostly covered. After that, you can just lay the knife in there and make sure the entire knife is covered. To aid in retrieval, I bent a nail and put it through the lanyard hole: 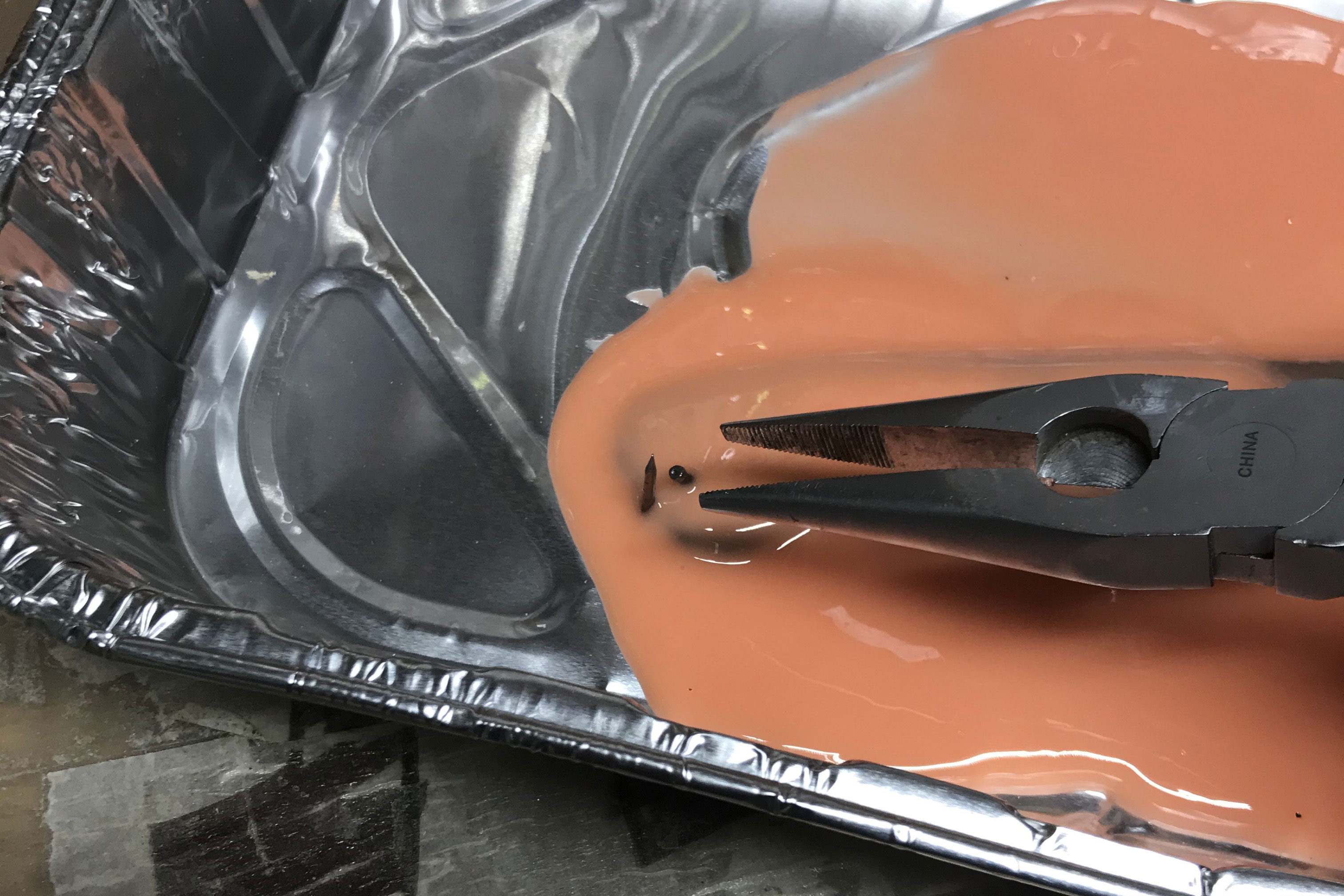 Once the knife is coated, let it sit in the stripper. I let my BK-16 soak for 24 hours despite the recommended 8-hour period. The end result was glorious; the coating all but fell off the knife. Here it is about 30 seconds into the stripping process: 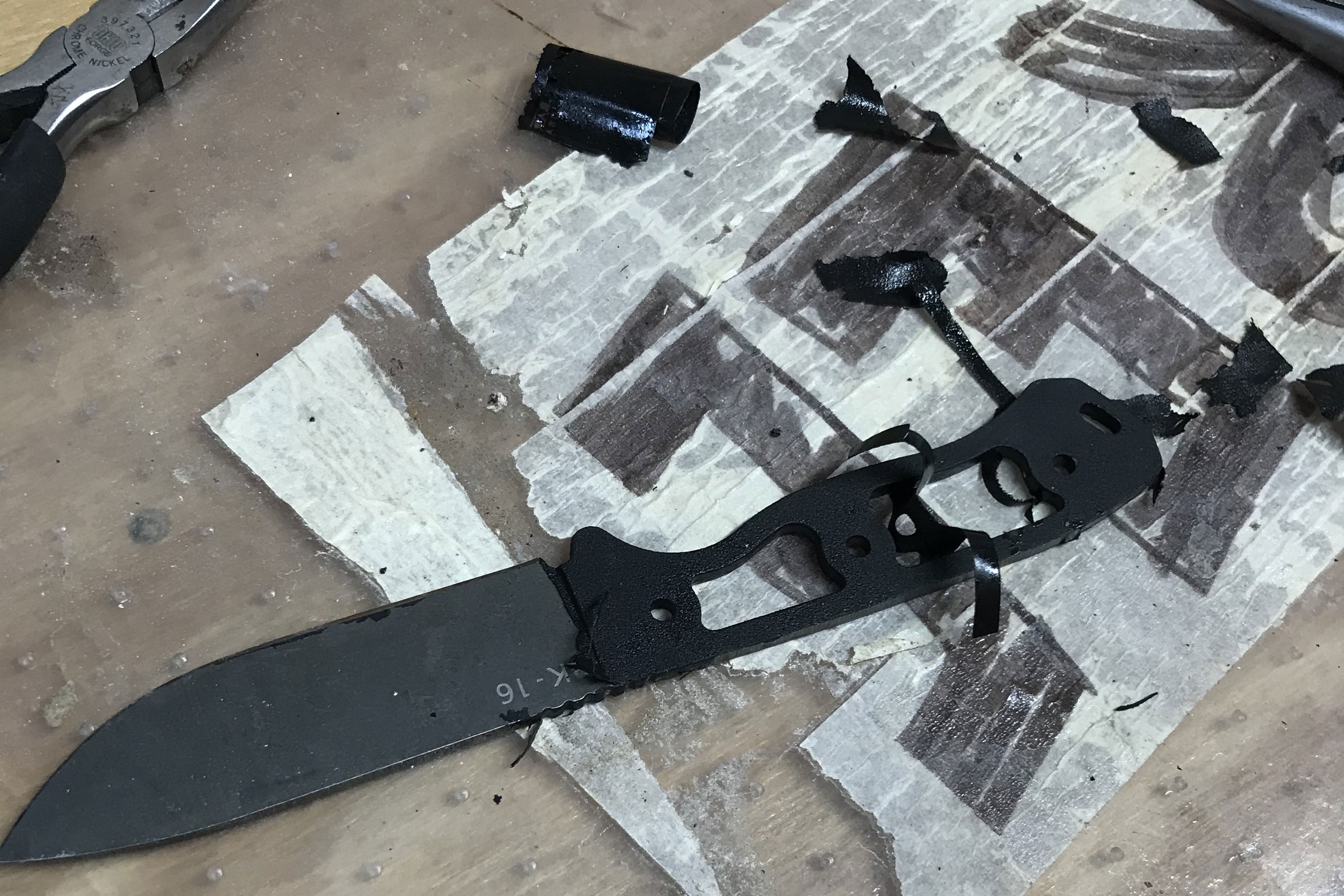 And here’s the knife 15 seconds after that: 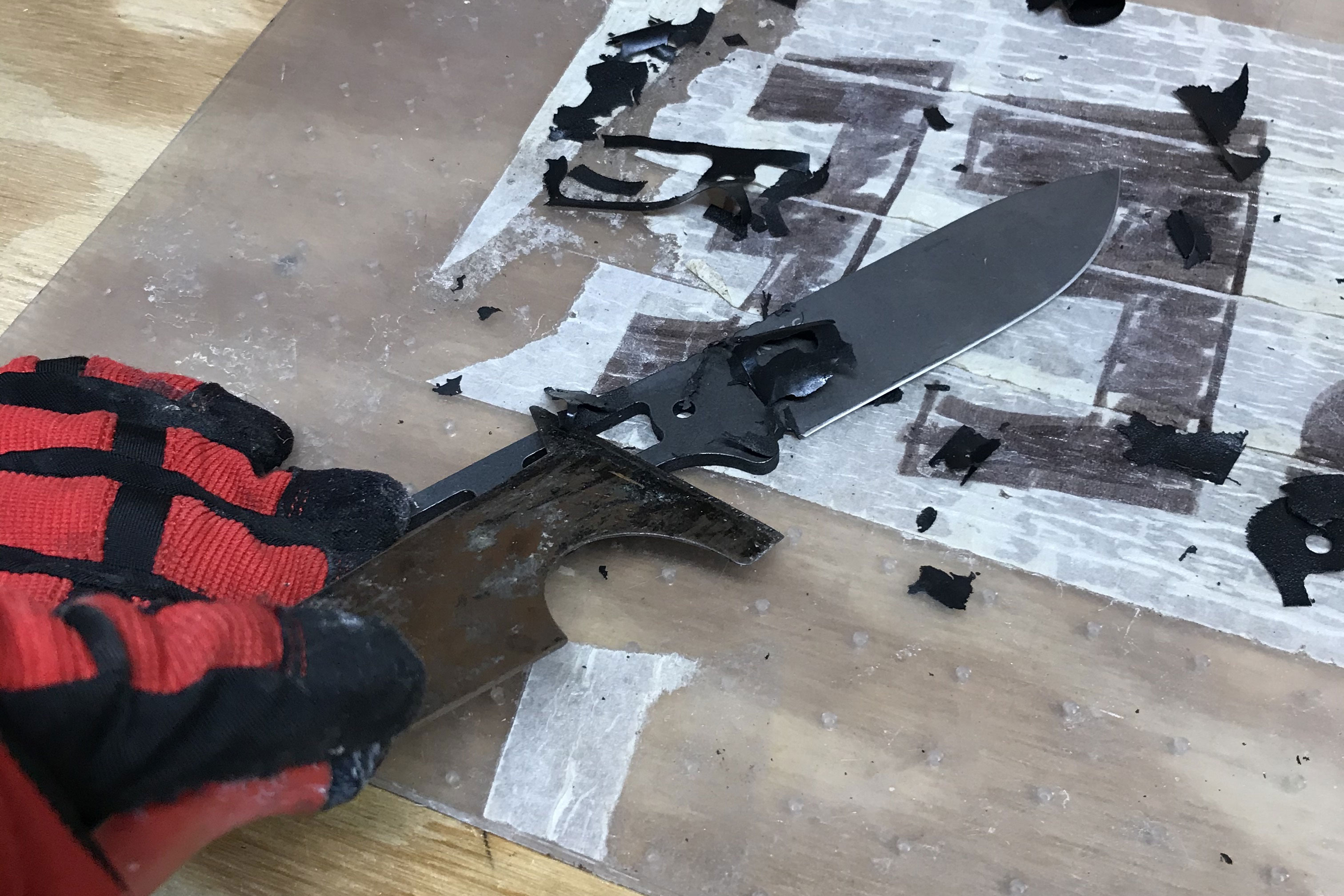 After the flats are cleared off, it’s time for detail work. I needed a wire brush to clean up the plunge lines (I should have taped up the edge; working on a knife like this without the edge taped is a safety hazard): 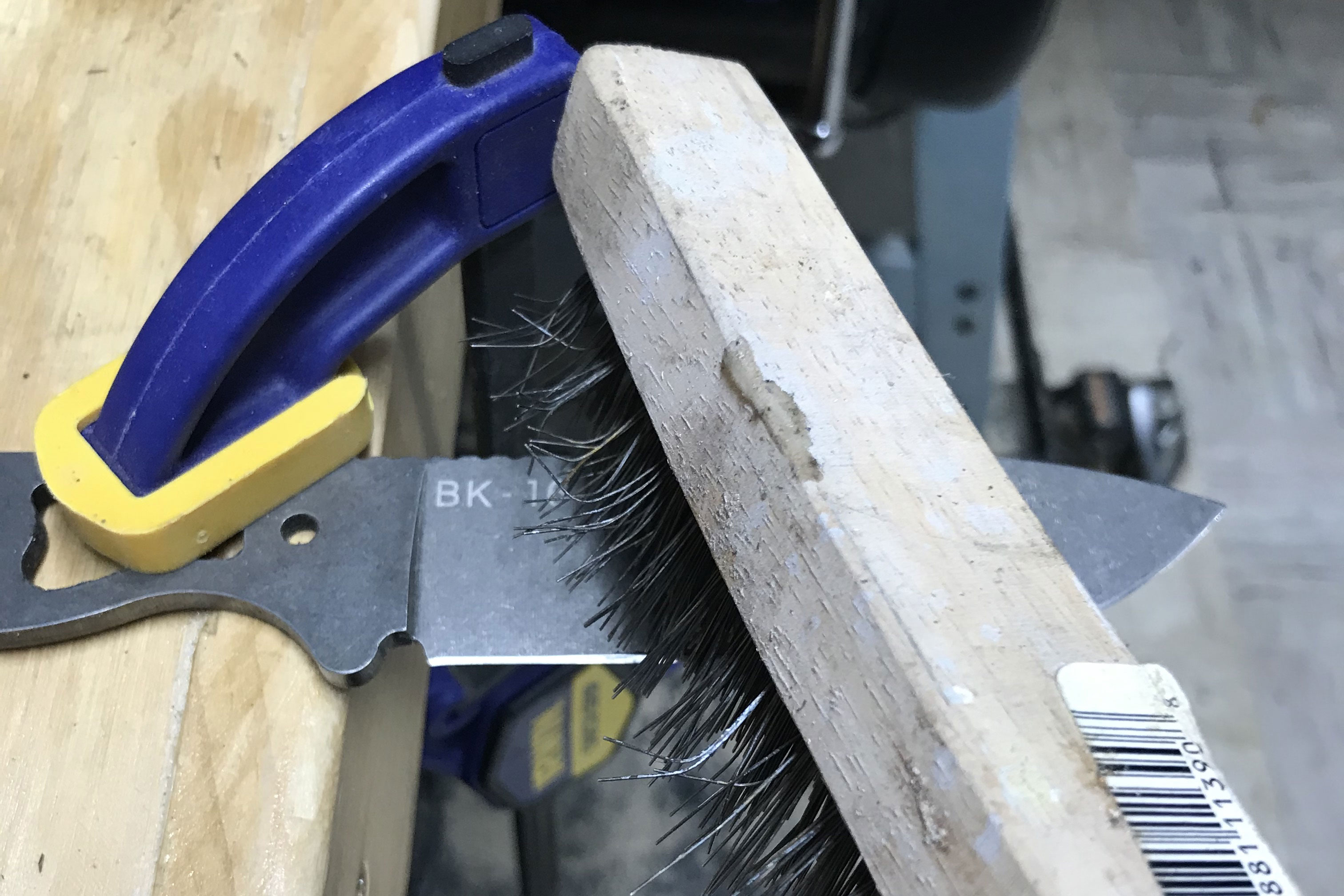 I then used a small flathead screwdriver to clean up the interior steel from the milled holes in the handle. This is entirely unnecessary, but again, I’m a completist. 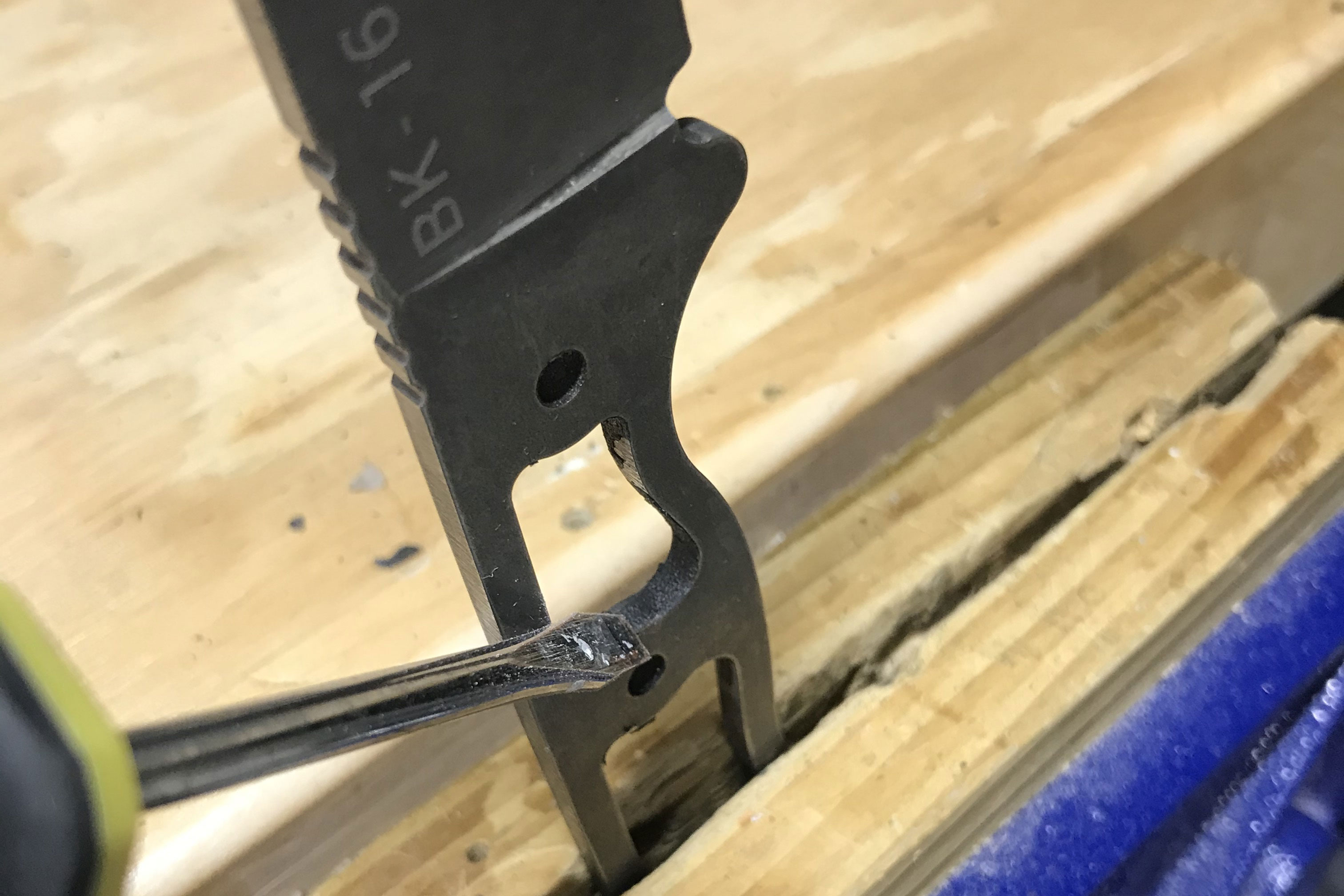 Finally, I used a Q-tip to rid the screw holes of the coating. This was the last thing I did before reassembling the knife, and I’m convinced there’s not a single speck of coating left on my BK-16. 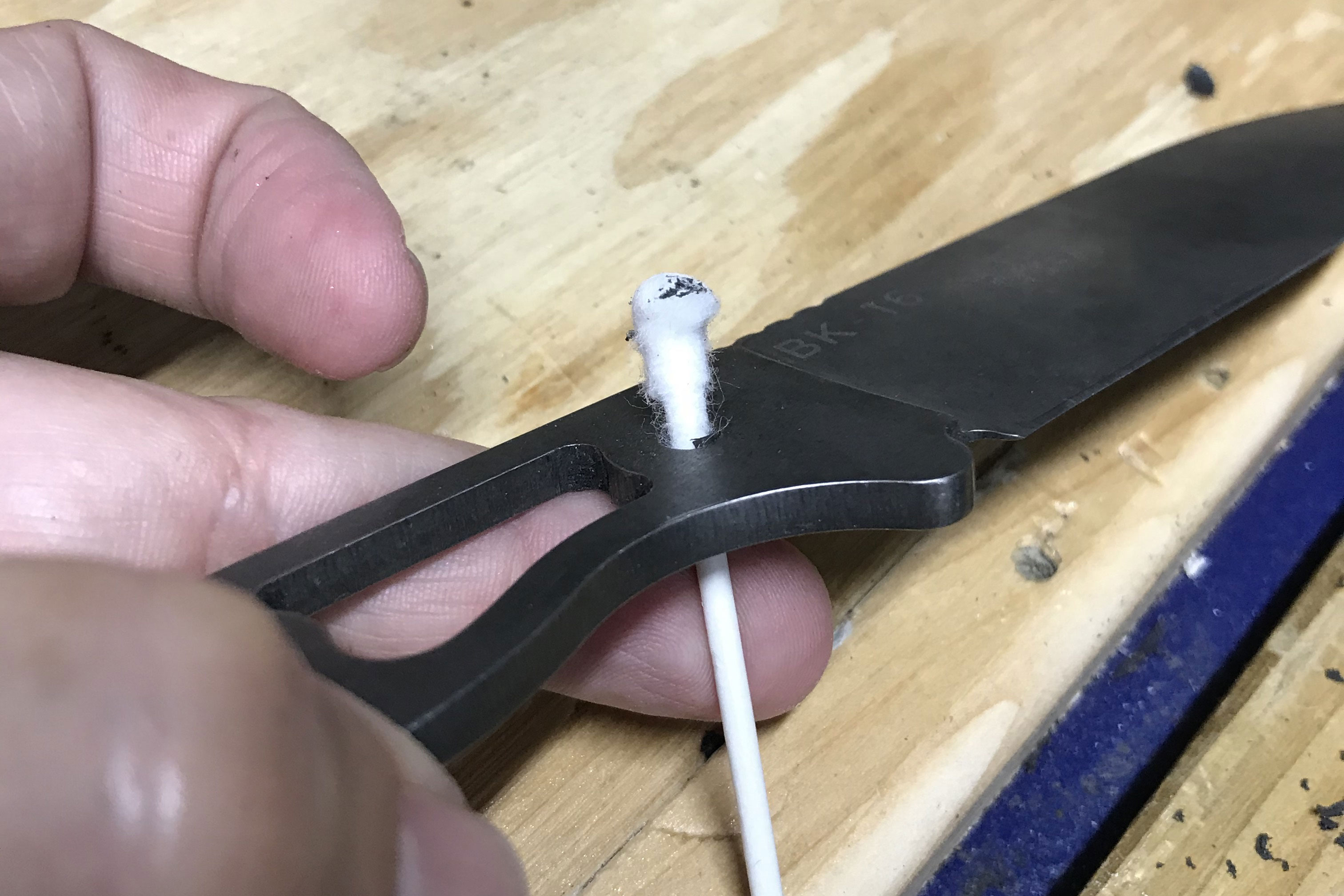 Here’s what the knife looks like nude, post-strip. The grind lines are very visible, which I suppose will bother some people, but the laser marking and the stone washing look nice to me. 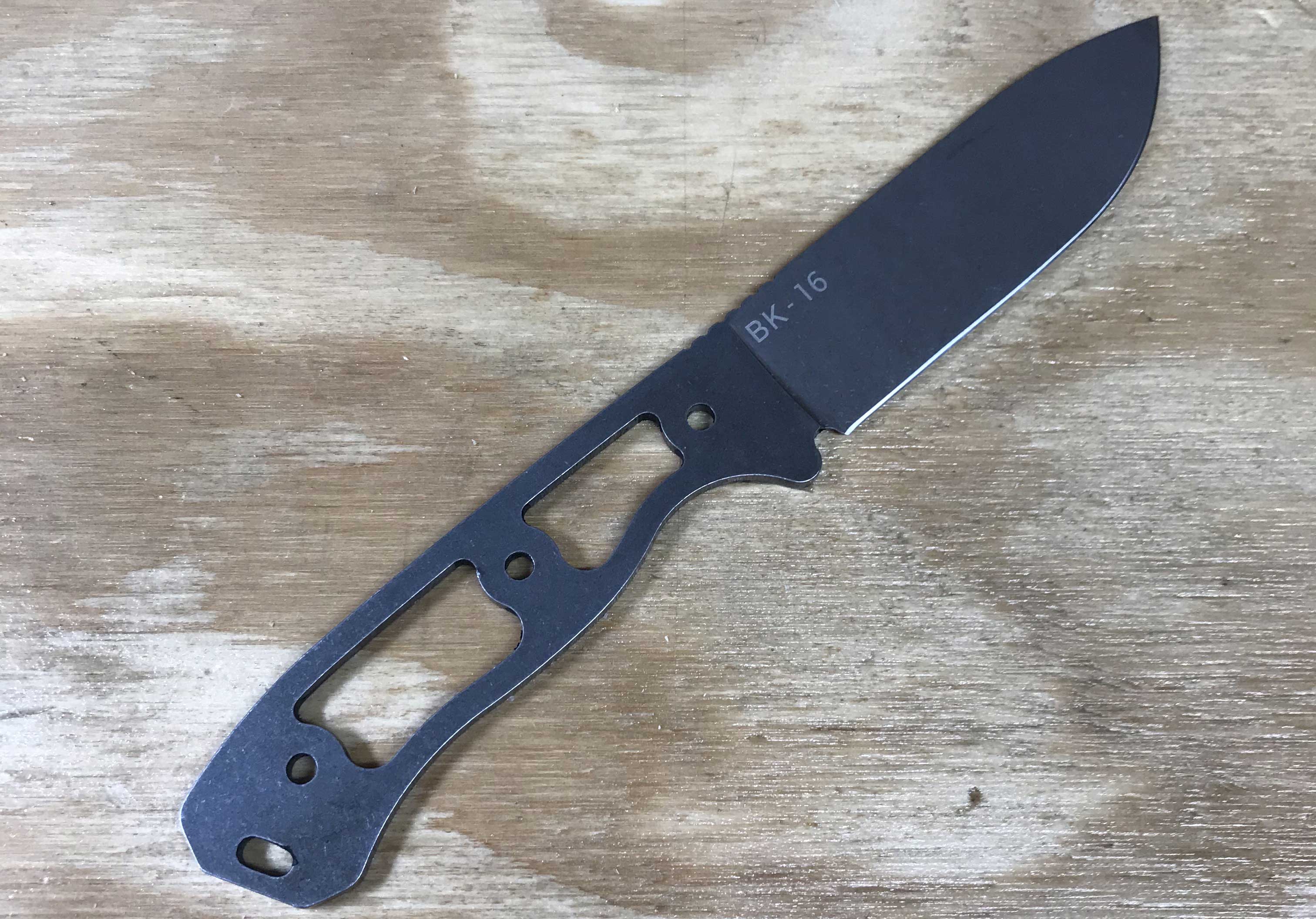 Overall, I’m very pleased with how the stripping went, and the knife definitely slices better now. But it does mean that I have to be more cognizant of rust and more religious in coating my knife with an anti-rusting agent (I like EDCi or WD40). 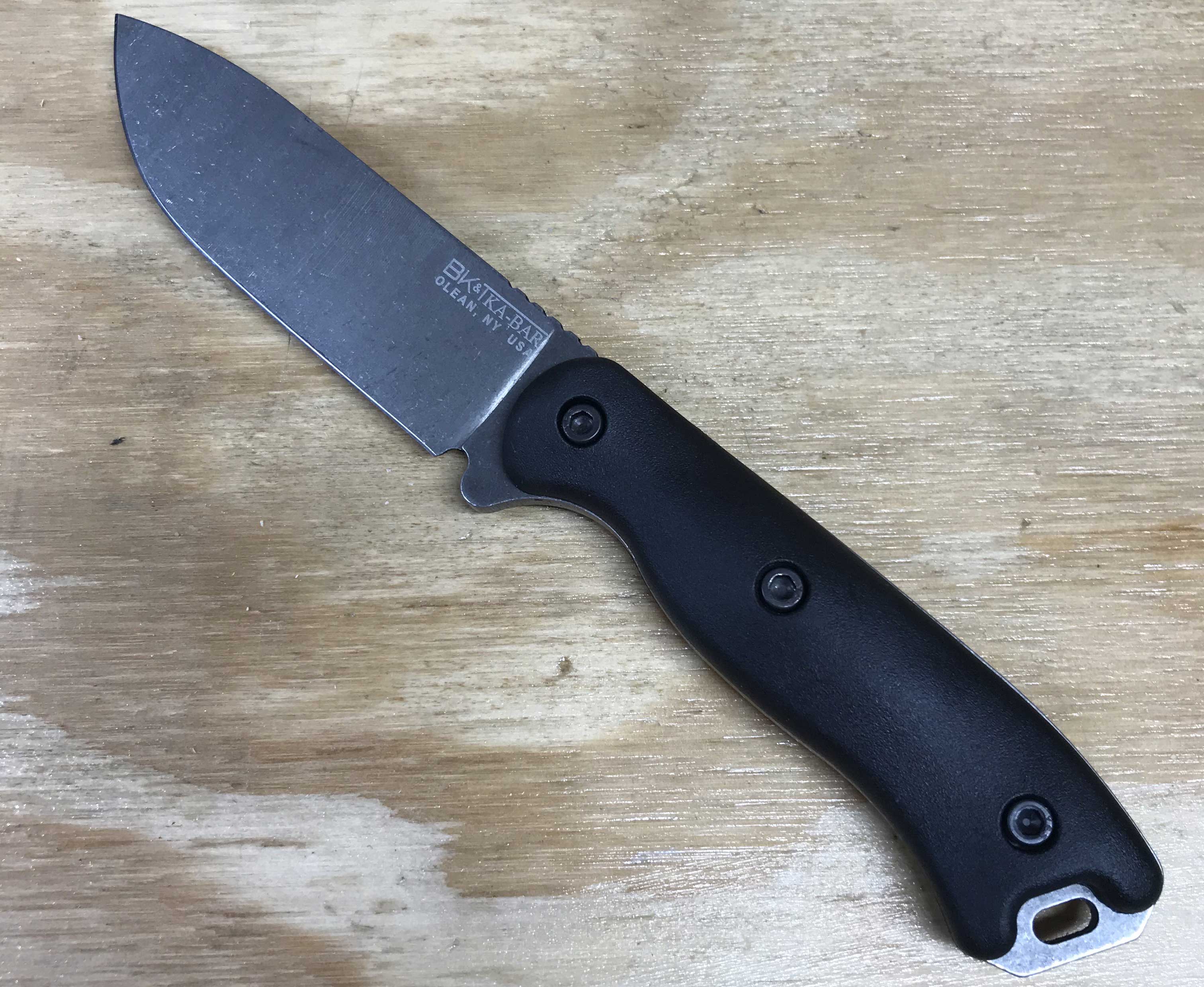 Coming soon, I’m going to show you step by step how to keep upgrading your KA-BAR BK-16 by making a Kydex sheath.