Each month, knife expert Anthony Sculimbrene selects his top picks of the best knives hitting the shelves now. Read on for the most exciting knives of the month.

This month, I found two knives I really love the look of. But I’m also going to delve into new steel that could shake up the industry. Let’s get in-depth on the Al Mar Ultralight Titanium Flipper, the WE Knives Shamwari, and the Crucible/Niagara S45VN steel. 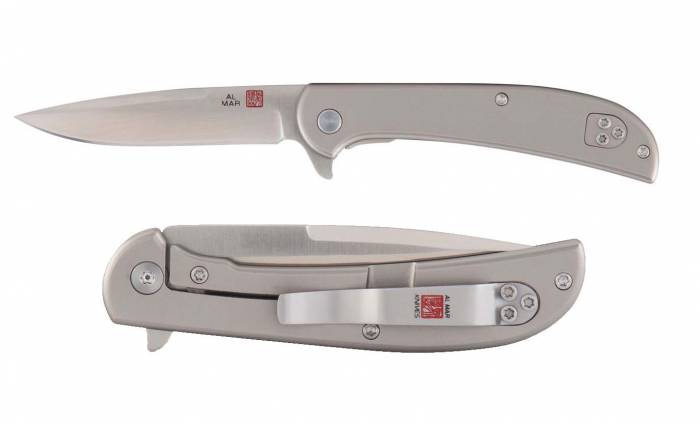 Al Mar releases entirely new knives once a decade. When it remade its classic Raptor series of knives with titanium scales, a flipper, and a framelock, it was worth noting.

Long the home of supremely well-made blades, the original ultralights are still some of the best knives in the world in terms of weight and blade length. The new Ultralight Titanium Hawk, though slightly heavier, is still a spec beast. The steel, long a hang-up for people looking at Al Mar Knives, is decent but not great D2.

If done well, D2 can be quite good, but the typical budget heat-treat D2 is merely OK. If these knives had the fit and finish of their older brothers, Al Mar could have a real hit on their hands.

And notably for those of us that are fans of small knives, the 2.75-inch-bladed knife has a clip now. Does anyone want a one-ounce flipper? These could be really good. 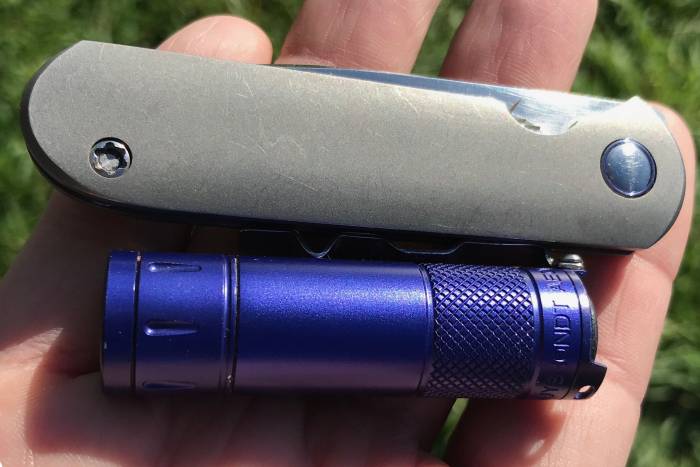 It’s not every day you start a trend. But according to knifemaker Gareth Bull, my review of the Shamwari on my personal site launched the knife into the collective want list of knife knuts everywhere.

He took my review and modified the original Shamwari to produce the Small Shamwari (pictured above and similar to the production version), of which I got the first. And now, the simple beauty and snappy front-flipper action of the Shamwari are coming to the production world.

By teaming up with WE Knives, Gareth guarantees that his iconic design will be well-made. If you can’t afford a full-custom Shamwari, which runs around four figures, this is your way into an amazing pocket knife for not a ton of money.

If you know anything about steel, you know that S30V is very good baseline steel. This is the steel that launched the Sebenza, and it has become a staple in the knife community.

A few years ago, S35VN was released and added niobium to the recipe for increased hardness over S30V. I really like both steels, but S35VN is, in my opinion, better steel. Through a collaboration with Niagara Specialty Steels, Crucible has tweaked the formula, increasing chromium and adding nitrogen.

This move will make S45VN more corrosion-resistant than S30V but nearly as hard as peak-hardness S35VN. This steel ups the ante again for the steel arms race, promising better overall performance in all categories when compared to both popular steels. For more, see a technical overview at Knife Steel Nerds here.

Up Next: CRKT ‘Imperial White’ Provoke: A Knife Fit for Storm Troopers