The Worksharp Culinary E5 is a simple kitchen tool that makes sharpening knives a breeze. 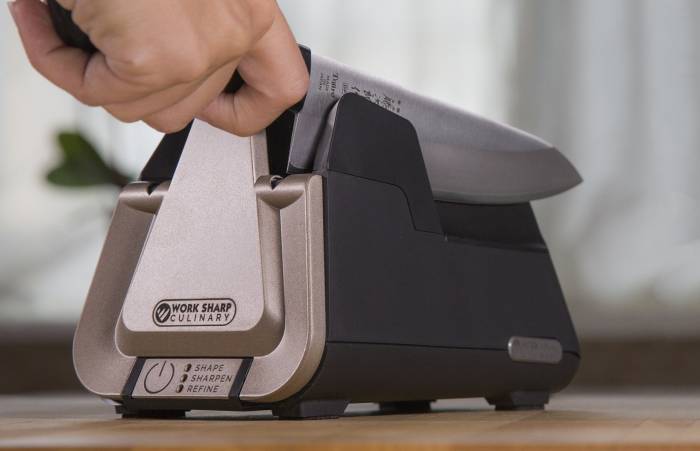 I am an edge addict. From knives to axes, from shears to paper cutters, if it has an edge, I want to use it. That toothy strip on the aluminum foil box grabs my attention. I even made a pilgrimage to a hone-meister to get my straight razor sharpened.

But most of my experience with knives comes from folders and fixed blades. On my very best day in my kitchen, I am a chef de partie to my wife’s chef de cuisine. So what I lack in knowledge of cooking I make up for in knowledge of knives and edges. And when Worksharp wanted someone to review its new kitchen knife sharpener, the Worksharp Culinary E5, I jumped at the chance. 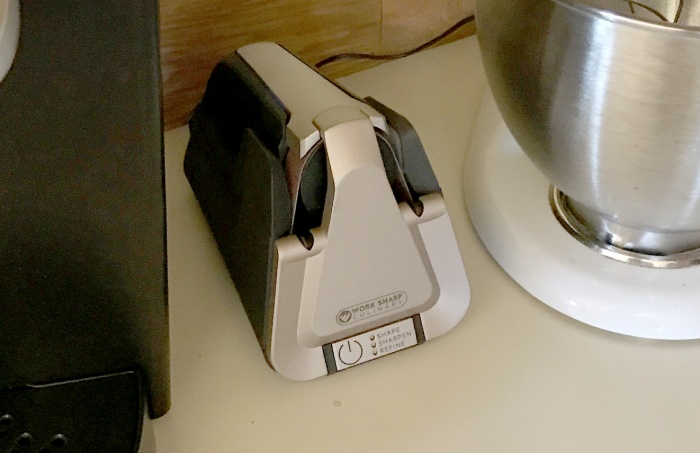 The Culinary E5 takes the learning curve, which is necessary on the non-culinary Worksharp, out of the equation. It carries over the amazing micro-belt grinder system, but there is no fidgeting with edge angles or different grit belts. There is no real concern with rounding the tip off your knife – something that can happen with a regular Worksharp if you are uninitiated.

There are three settings on the E5: shape (or “reprofile” in knife knut lingo), sharpen, 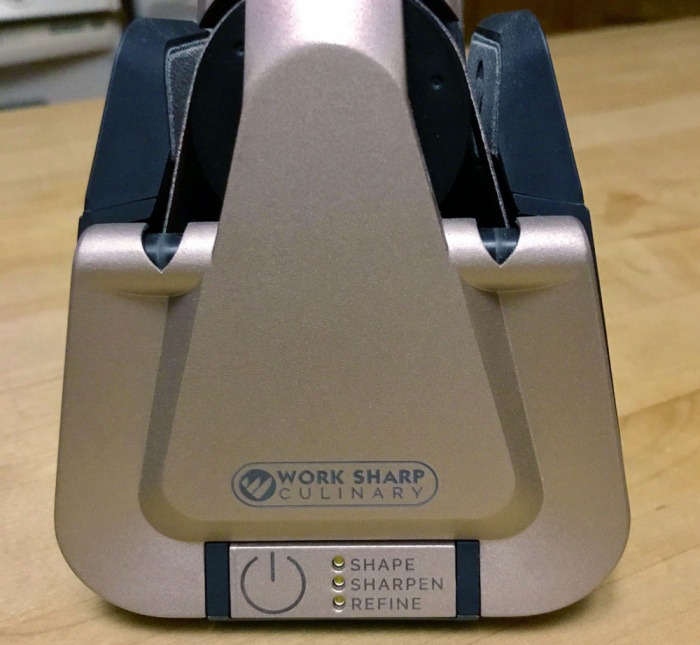 and refine (or touch up).

There are two channels, one for each side of the knife. Simply select which setting you want, and then swipe the knife through each channel, alternating between the two, until the light on the front of the machine goes off and the belt stops turning. It’s that simple. The end result is a very sharp, very unusual edge.

Typically, sharpeners work by getting an edge as clean and thin (sharp) as possible. Here, the Culinary takes a slightly different approach. While the edge is certainly thin, the Culinary installs a micro-serrated edge. This isn’t the edge you see on folders with serrations. Instead, it looks something like the edge on high-end barber shears – tiny teeth of consistent size across the length of the cutting surface.

In the kitchen, this sort of edge simply works better. Lots of the material you cut, from muscle fiber in meat to thick skin in fruits and vegetables, parts better when using this kind of edge. 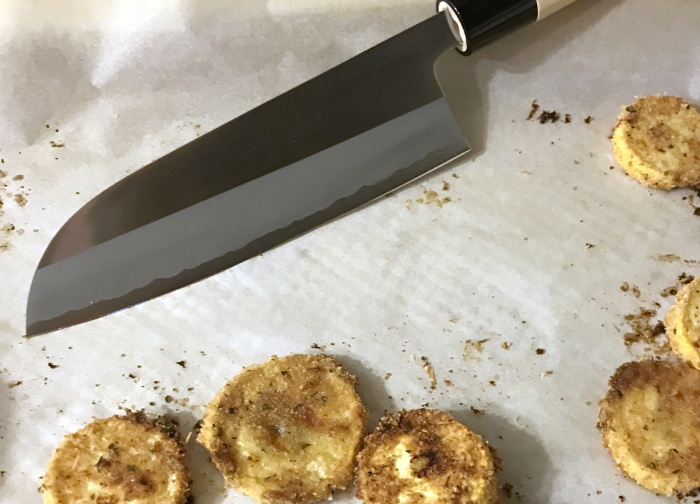 Furthermore, because the edge has more cutting surface to it, it tends to last longer.

In short, if you use knives in the kitchen, the Culinary E5 deserves a look. It’s light-years ahead of those old pull-through grinders typically sold in kitchen stores, and it creates an edge like no other sharpening system I have seen.

The Worksharp Culinary E5 is available this fall at major high-end kitchen stores. It retails for $199.95. Given that it is only $50 more than the brand’s E3 and offers significantly more sharpening options, the E5 is the model to get.

Up Next: Hammer, Shatter, Slice: Steel Will Roamer is Rugged, Budget-Friendly Blade