In anticipation before the relaunch of one of America’s most iconic 4×4 trucks, one fansite dedicated to the sixth-generation Ford Bronco released stunning renderings based on ‘insider sources’. 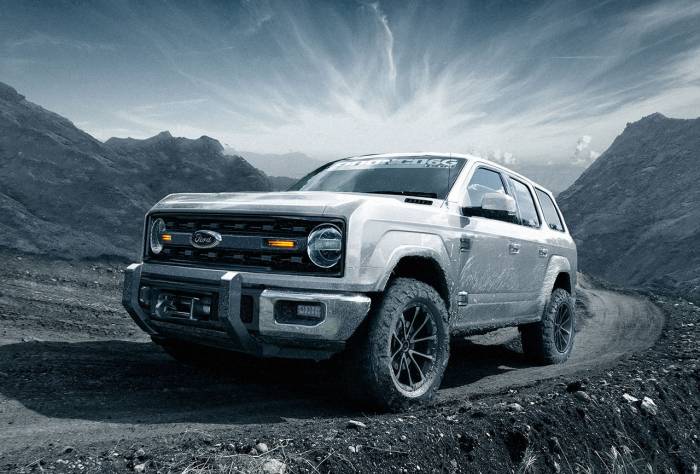 Bronco6G.com is concerned with one thing: The 2020 Ford Bronco reboot. Defunct for more than 20 years, the Bronco evolved from a compact, scrappy off-roader to a van-sized SUV. It fell out of production in 1996.

But Ford execs confirmed recently the Bronco would return—made in America—for the 2020 model year. Since then, rumors circled about the look and build (we even had some fun with an April Fool’s post). 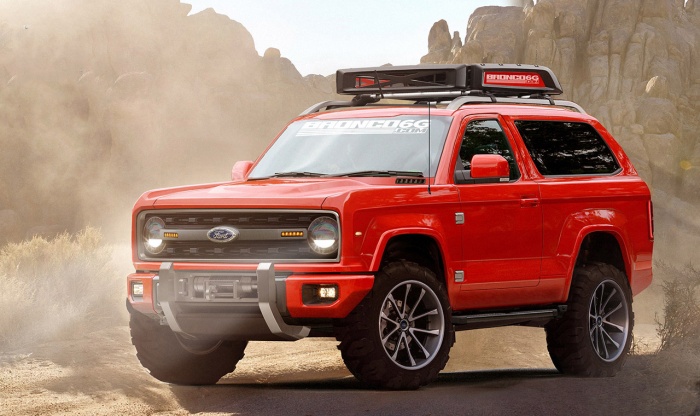 So after interviews with Ford brass and anonymous insider sources, and an early peek at a two-door model (above), Bronco6G put together a conceptual peek at the four-door Bronco—with a few confirmed and highly speculated features.

The renderings show the Bronco with a 3-inch lift, two bumper designs, and an optional full-size, tailgate-mounted spare tire. 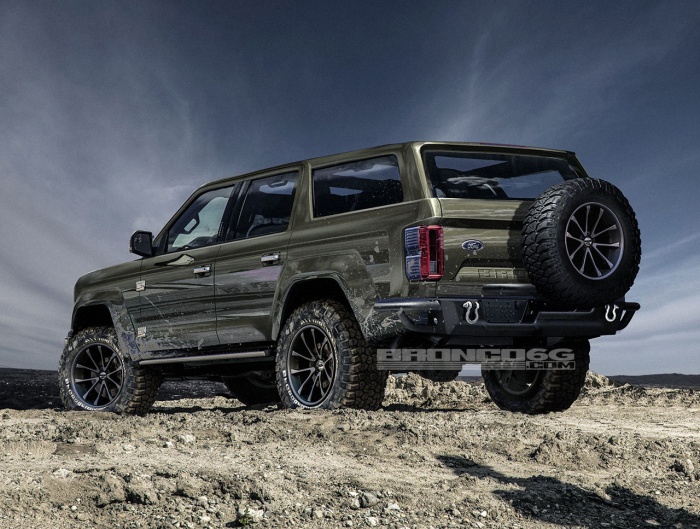 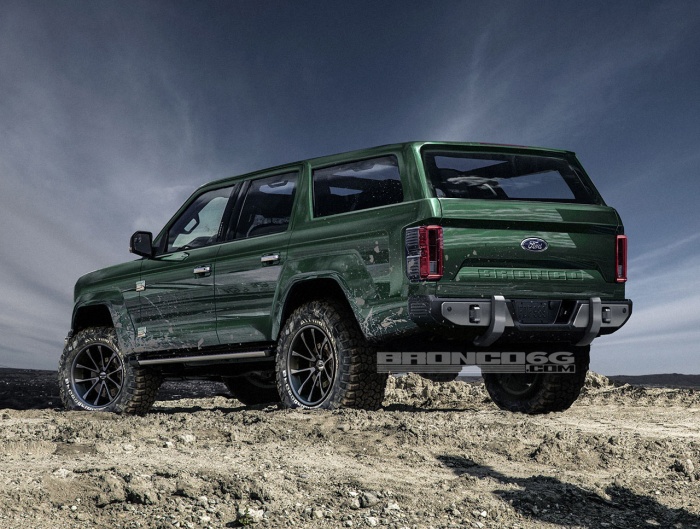 The Bronco could have a tubular bumper with D-ring mounts (top), or solid chrome (bottom).

In an earlier interview, Ford’s Chief Technical Officer and Executive Vice President of Product Development, Raj Nair, confirmed the 2020 model will utilize a Ranger chassis. It will fall somewhere between its predecessors in size. 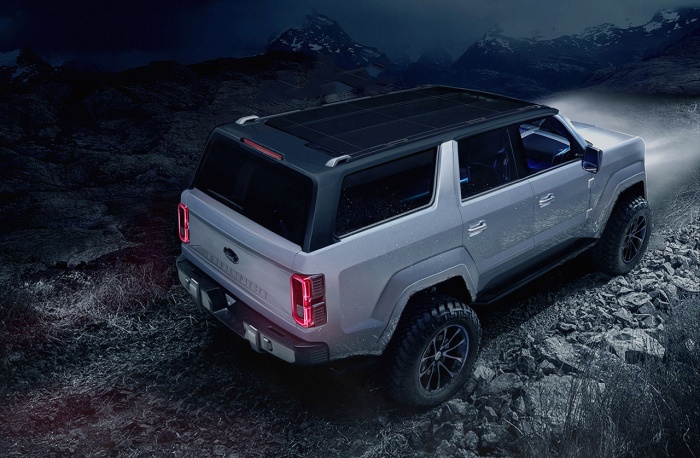 “While the Bronco will utilize the Ranger’s basic chassis and other major components, the rest of the car will be designed and engineered in the US where it will also be built,” he said in an interview at the Detroit Auto Show this year.

Also, according to Bronco6G’s unnamed sources, the sixth-generation Bronco will have removable “air roof” panels, similar to modern Jeeps.

To see the Bronco concept in more colors, head over to Bronco6G and flip through the gallery.

Up Next: And The ‘Most American Vehicle’ Is…