Ford will reveal both vehicles properly in the next 2 months. For now, we’ll just have to speculate some more. Let’s dive into what these images reveal — if they’re real.

If the images reveal the real 2021 Ford Bronco, we have to admit we’re impressed. Based on the leaked images, the new Bronco could be a real competitor for the Jeep Wrangler and Toyota 4Runner. It looks to have much of the off-road capability of the Wrangler with the spaciousness of the 4Runner.

Just like the Wrangler, it looks like we will get two- and four-door versions. We’ll also get a removable top, offering up both hard-top and soft-top options. The hard-top looks to have a removable front panel, similar to the “freedom panels” on the Wrangler.

The rear-view mirrors are mounted to the base of the A-pillar, which indicates the doors are probably removable, as we’d hoped. A side-opening tailgate with a spare tire mount looks to be nearly identical to the Wrangler’s tailgate.

Just like the 4Runner and nearly all modern SUVs besides the Wrangler, the Bronco looks to have a solid rear axle and independent front suspension. The Broncos in these images are sitting on big AT tires with beadlock wheels. We’d guess that the tires measure about 33 inches, with hopes that 35s would fit without a lift, like on the Wrangler Rubicon.

The wheels look like beadlocks, but we’re not sure if they are functional beadlocks or not. Note that no current vehicle manufacturer offers beadlock wheels from the factory.

Big, aggressive fender flares not only look good but make us hope a bigger tire will fit in the wheel well. They also look to be a separate part of the body. This could make them easily swapped out for upgraded/aftermarket flares.

People love to personalize their off-road vehicles. There’s probably no other vehicle on the market with as much aftermarket support as the Jeep Wrangler. It’s obvious that Ford wants a piece of that action with the Bronco.

Adding to the off-road chops of the new Bronco are what look to be functional rock sliders. The front bumper also looks to have a hole and shape that might accommodate a winch. Offering sliders and a winch-compatible front bumper from the factory is something we only currently see in the Jeep Wrangler, Jeep Gladiator, RAM Power Wagon, Chevrolet Bison, and Ford Tremor.

The 2021 Ford Bronco Sport, or “Baby Bronco,” is expected to hit the market a bit before its big brother. It will be based on the Ford Escape chassis and looks to be a Jeep Cherokee competitor rather than the Renegade competitor many thought it would be. 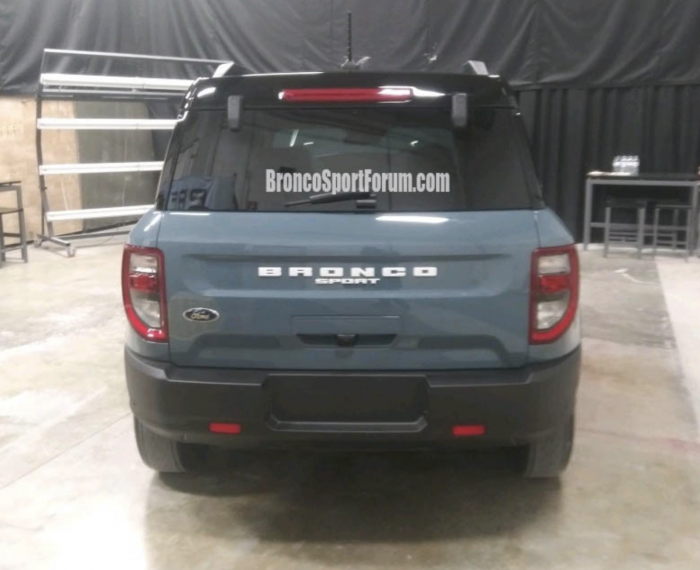 While these leaked images look pretty real, they don’t reveal a ton about the vehicle. It looks like a cross between an Escape and a small Land Rover. The two-tone paint and “floating roof” look sharp. Beefy front tow hooks are a nice, rugged touch.

Chunky plastic bumpers and lower side body cladding are supposed to look burly but instead look cheap. The rear glass lifts, but we’re unsure if it’s a fold-down tailgate or swing-out rear door. 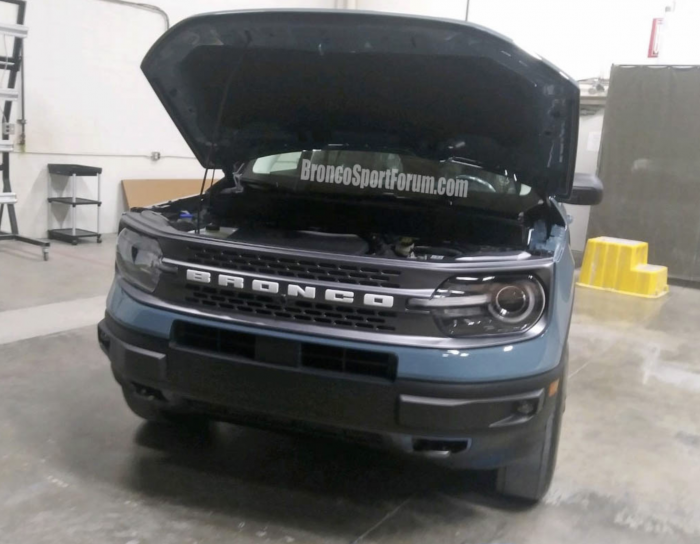 The Truth Will Come

There’s no doubt that Ford isn’t too happy about these images hitting the internet, as many have already been taken down. That alone leads us to believe these are the real deal.

We’re really excited to get the full, official reveal of the Bronco soon. Based on these images, would you buy either of these new Broncos as your next adventuremobile?

Up Next: Get a Rental Car Outfitted for the Mountains