Home » Motors » The A-Team Van Is Up for Auction, and 2021 Is Already Better Than This Dumpster Fire Year

We pity the fool who doesn’t understand how awesome this is.

I think we all deserve a collective break — you know, from everything. Whatever the pandemic didn’t completely ruin this year, politics made sure to tear asunder — violently and with great mayhem.

So it’s fair to say the bar for 2021 is set pretty darn low. I mean, assuming there’s not another virus that wipes out puppies, Netflix, and global coffee supplies, the new decade should start better than this last one ended.

But just in case you needed a little more proof that 2021 is in fact a year to look forward to, I submit exhibit A — as in A-Team. On Jan. 23, Worldwide Auctioneers will start taking bids for the one, the only A-Team Van.

OK, truth be told, Universal Studios actually commissioned six of the specially designed 1979 GMC Vanduras. But this is one of them! And in 2021, it could be yours! 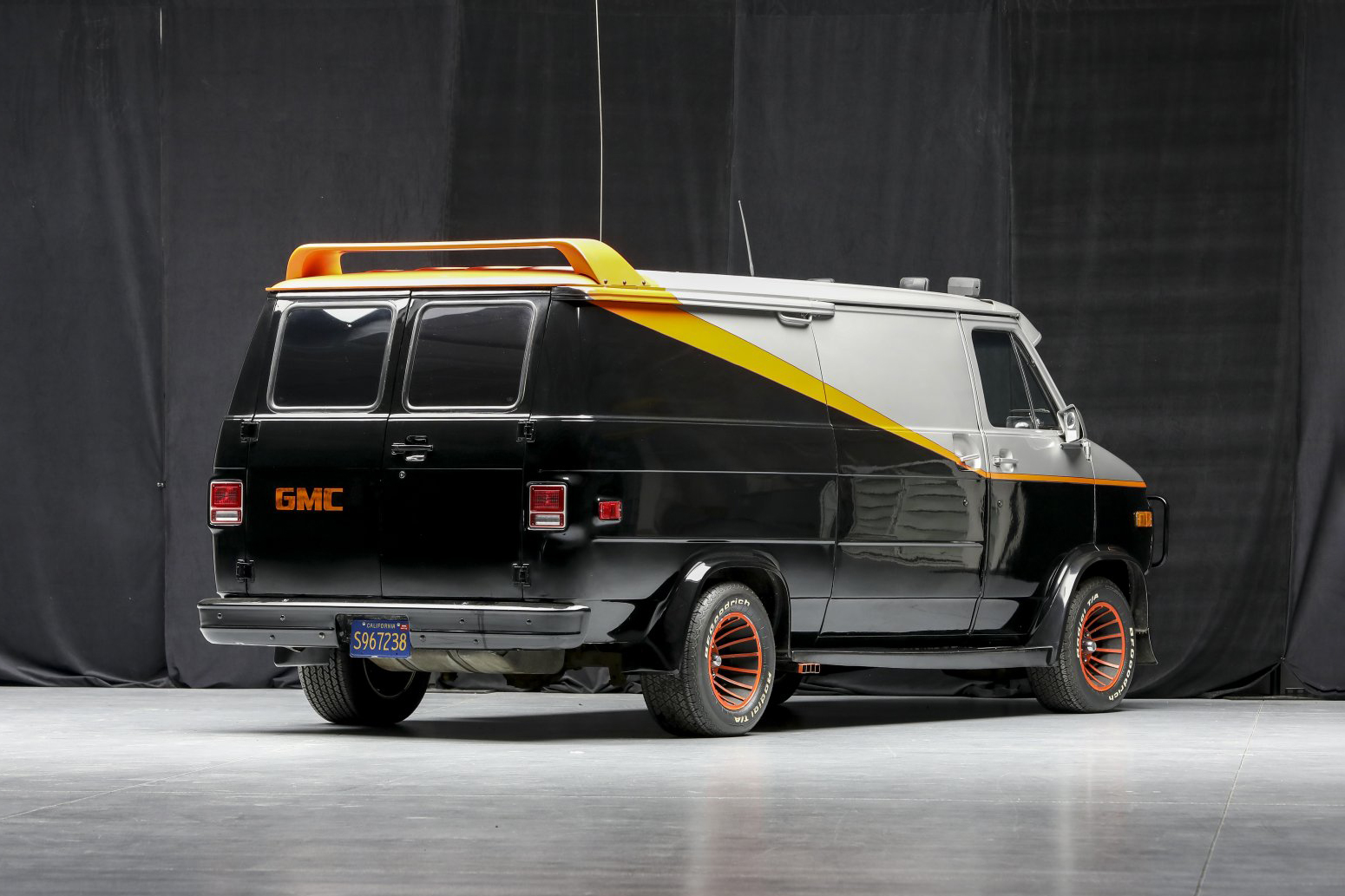 Sure, the A-Team Van deserves a spot on the Mount Rushmore of famous Hollywood vehicles alongside the Dukes of Hazzard Dodge Charger, KITT the Trans Am from Knight Rider, and the time-traveling DeLorean.

But this rig broke the mold — it wasn’t just another fast car. It’s more accurate to say the A-Team did for vans what Superman did for capes. So if you’re wondering what it will fetch at auction, ask yourself how much die-hard comic book fans would pay for the Man of Steel’s scarlet back-sash.

But if there’s even the slightest glimmer of an inkling of a possibility you can throw down for this relic of ’80s primetime television, here’s what you stand to score.

First, while the grille and steering wheel proudly carry the GMC badge, this sucker is a pre-owned Chevy. The exterior boasts a custom grille guard “to protect the front of the vehicle when it had to crash through locked gates.” And it’s got BFGoodrich Radial T/A Tires and wraparound special-alloy wheels, painted black and highlighted in red — rawr.

An amber-and-white light track sits atop the roof, while that inexplicably cool, diagonal red racing strip separates the top silver half from the bottom black. (Note: The auction house lists this van with the original red accents despite the images that appear to be orange).

And, of course, the Vandura sports a pedestal spoiler on the back — because speed. 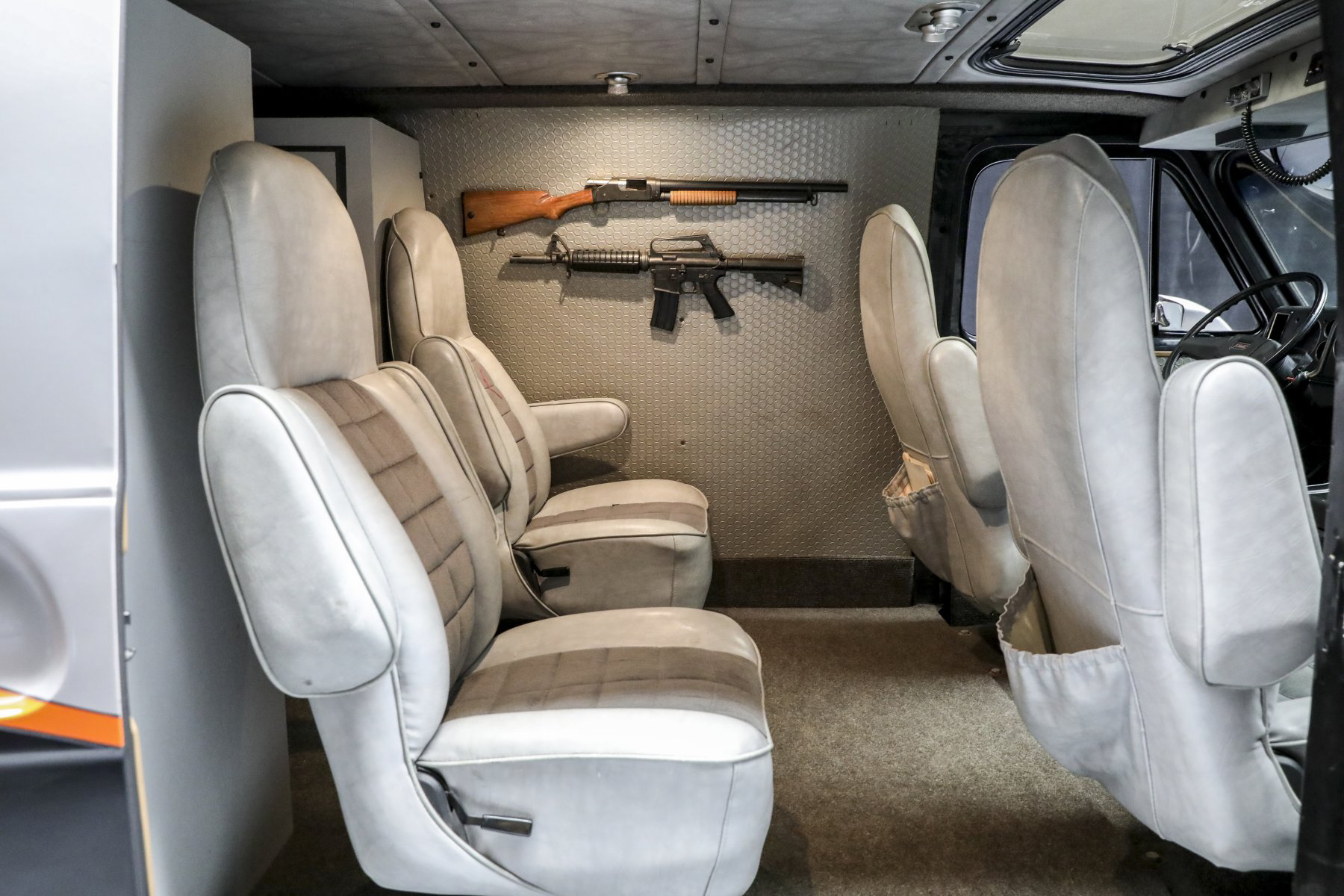 However, it’s inside where the real magic lies. We can “ooh” and “aah” over the four upholstered bucket seats, “Race Coin” vinyl-covered interior, AM stereo(!), and overhead-mounted two-way radios.

Or we can focus on the floor-mounted .50-caliber replica machine gun and wall-hung armory, which includes (fake) shotguns and automatic rifles. Probably a good idea not to speed in this thing on your Sunday pleasure cruise. 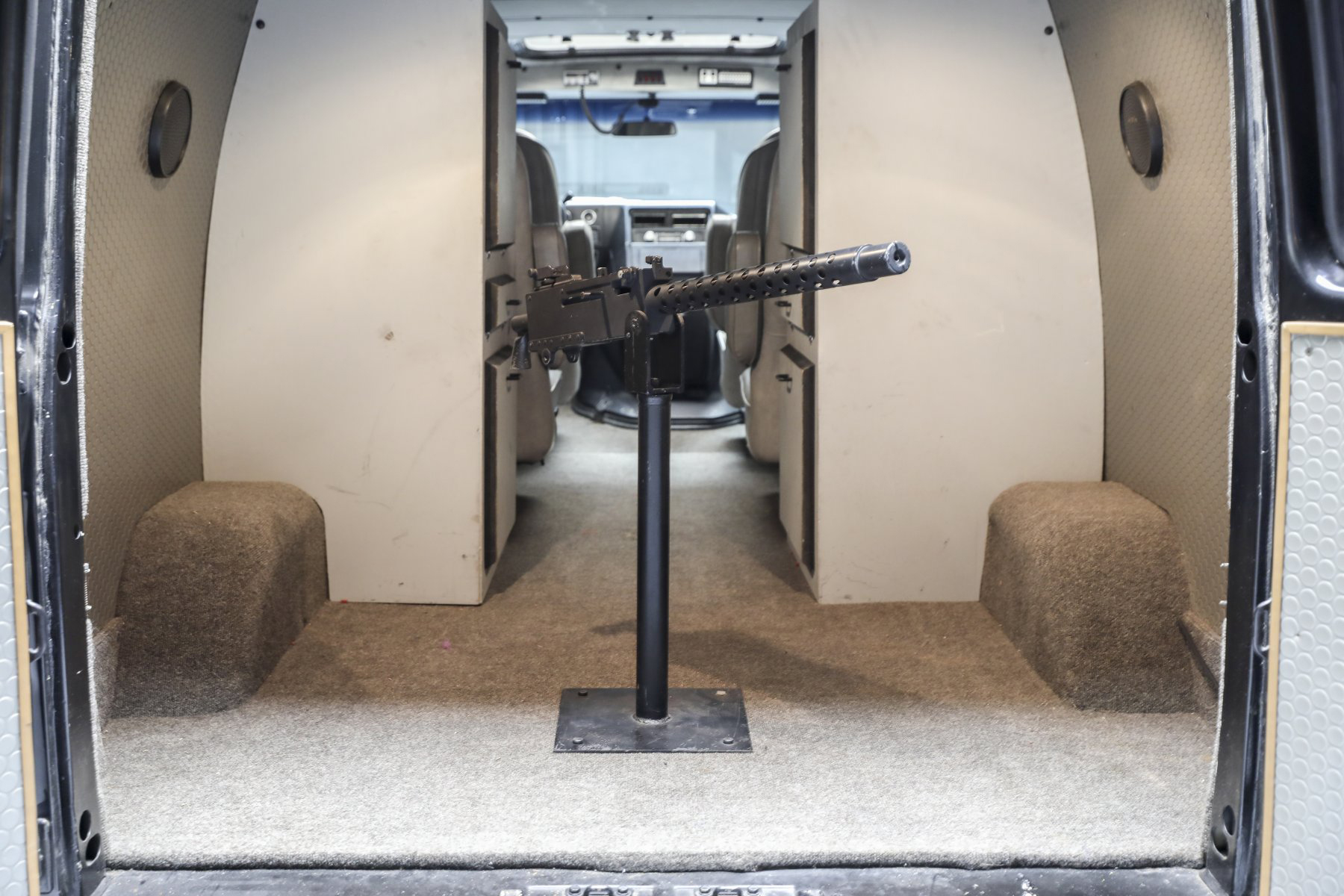 According to the auction house, this beast (and its small-block V8) has spent the last 30-plus years in a “museum-like setting,” only wheeling out to go on display at the occasional superfan event. 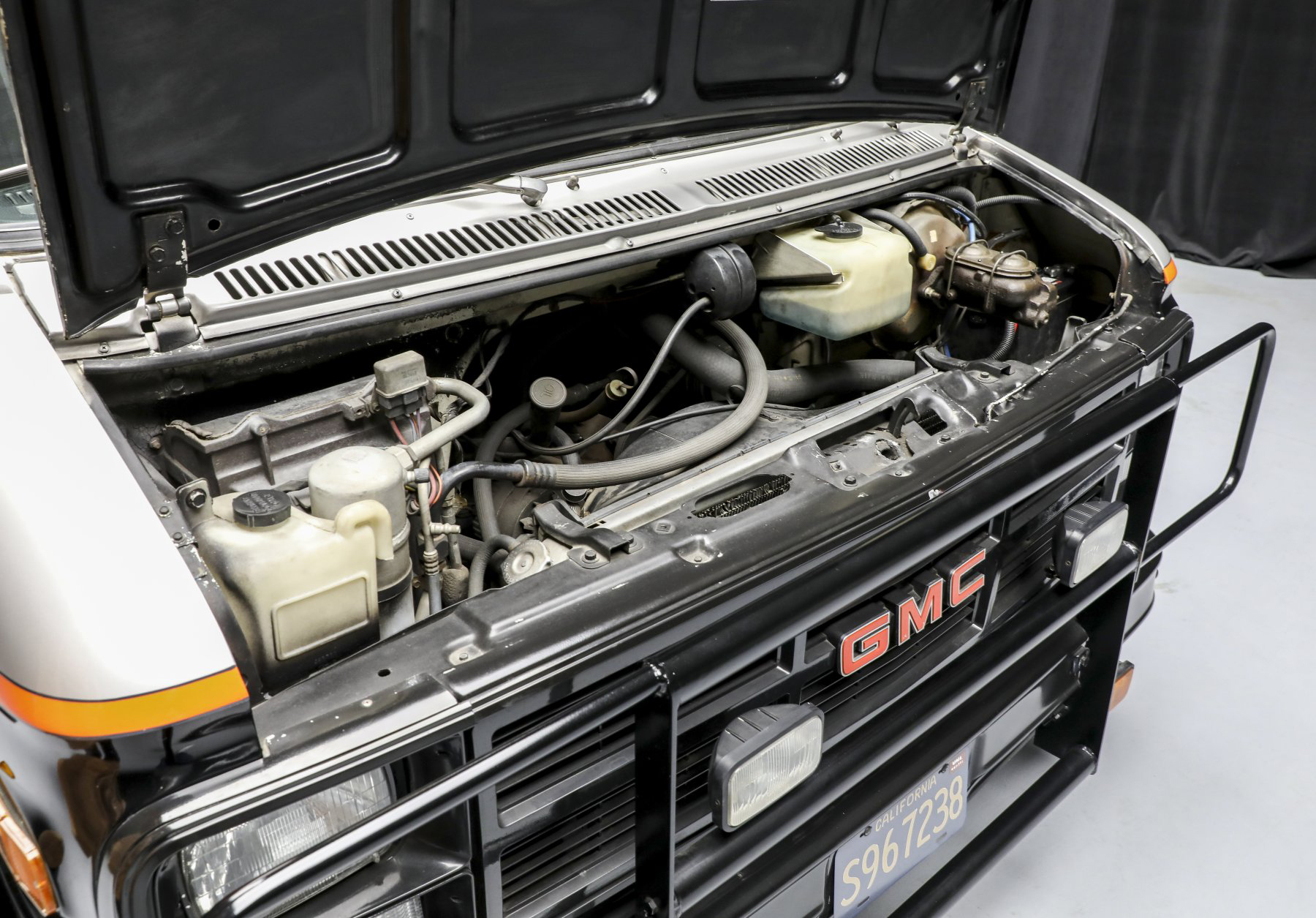 You’re still not convinced?! OK, how about this: Proceeds from this auction will benefit the J. Kruse Education Center Career Coaching Academy. This nonprofit assists both K-12 students and transitioning veterans to “discover fulfilling career paths.”

So if you’re feeling frisky and can picture this super-limited A-Team van in your driveway, register for the auction here. And welcome 2021 with arms — and doors — wide open.