I traveled to Mexico for the wet and wild 2019 SCORE Baja 1000 to chase the race, spectate, and gorge on tasty tacos. This is some of the gear I used to stay safe, moving, and comfortable.

The Baja 1000, arguably the most demanding off-road race in North America, is always full of surprises. This year it was torrential rains. They made pre-running notes obsolete and crushed more than a few competitors’ dreams of finishing.

Tens of thousands flock to the Mexican peninsula each November to spectate, crew, and race the rowdy event. The race fills Baja with turbocharged trucks and lead-foot drivers. The race is famous for rough roads, mischief from locals, and desolate desert. Winners of the race are quickly enshrined in history.

The race has become the ultimate testing ground for automakers, aftermarket fabricators, and tire and auto engineers. This year, the Baja 1000 featured the unreleased Ford Bronco, a futuristic Humvee for the U.S. military, and a bevy of suspension, lighting, and tire prototypes from various manufacturers. If a product can survive in Baja, it will work almost anywhere.

I was fortunate to get an opportunity to chase the race with the official photographers, spending a week south of the border scouting the course, watching test runs, and leapfrogging teams around the remote course on race day.

As an off-road enthusiast, I gained a greater respect for the desert and learned a lot about adventure gear too. Here’s a list of gear I learned to love in Baja. 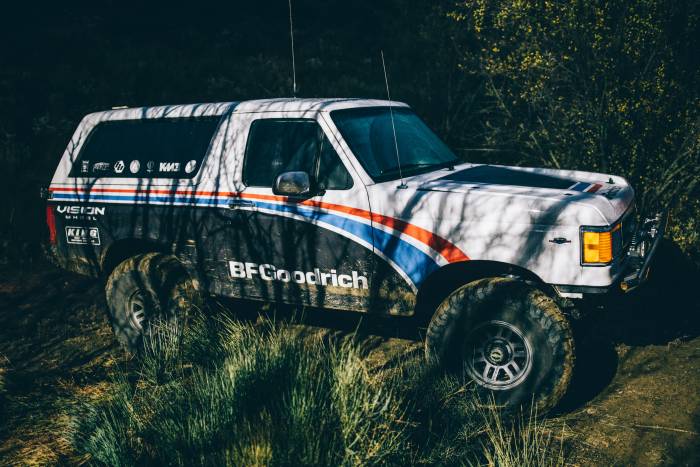 As the title sponsor, BFG prints “Baja 1000 Champion” on every tire that has won in years past. We drove our support truck with its premier all-terrain tire, the KO2.

It proved ultra-durable while traversing the rough Baja dirt roads, laden with cactus and sharp rocks. The tire also runs smooth and quiet on the highway. But it truly excels in places with loose dirt and limited traction. 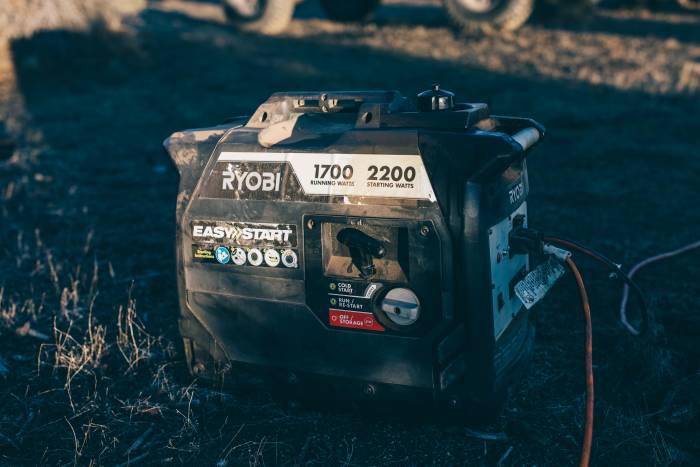 Because the race runs in late November, much of it is at night. The elite class of Trophy Trucks starts in the late morning, driving just six of approximately 18 race hours in daylight. The same goes for chase crews like ours.

To create the power needed for our camera gear, satellite communications, fridge, and laptops, we relied on the Ryobi diesel generator. It’s easy to use, durable, and relatively quiet, making it a huge asset on an adventure like this. 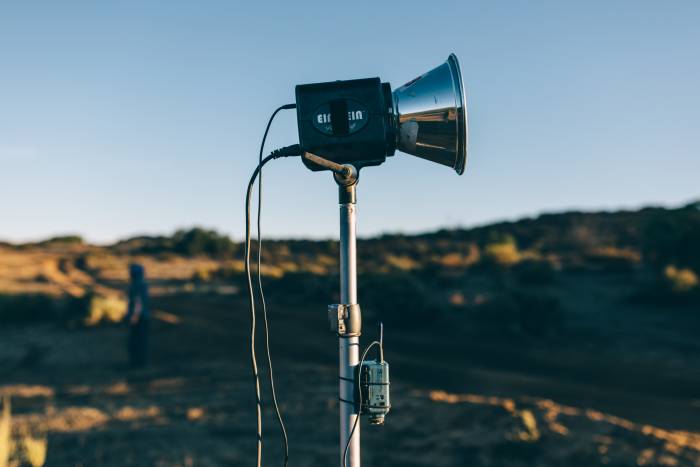 Shooting sharp photos at night isn’t easy. To make it harder, these racers often drive at close to 100 mph and are spraying thousands of lumens of light in front of them to see the road and oncoming obstacles.

Using a small collection of Einstein camera flashes on tripods, we were able to capture racers at night in a way that highlights just how wild the event is. Note: To prevent blinding the drivers, we did our best to avoid pointing the flashes directly at the trucks. 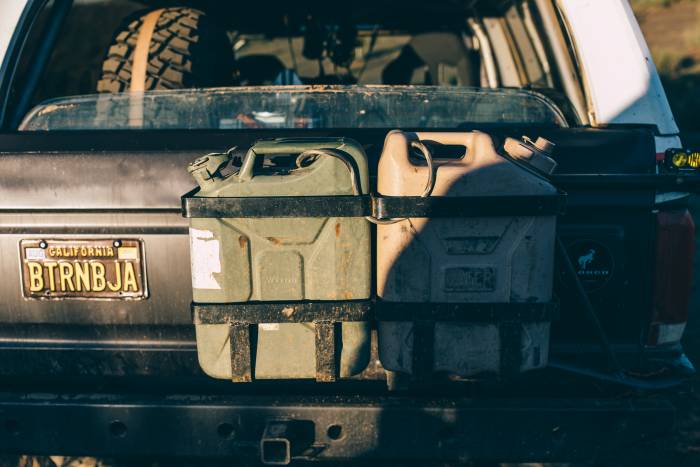 With a lot of variables unknown or out of our control, we brought spares of nearly everything into the desert.

In certain remote parts of Baja, fuel is extremely hard to come by, especially during the big race when there are thousands of people around. Carrying spare fuel is essential, and the Front Runner Jerry Cans were a great backup for us. 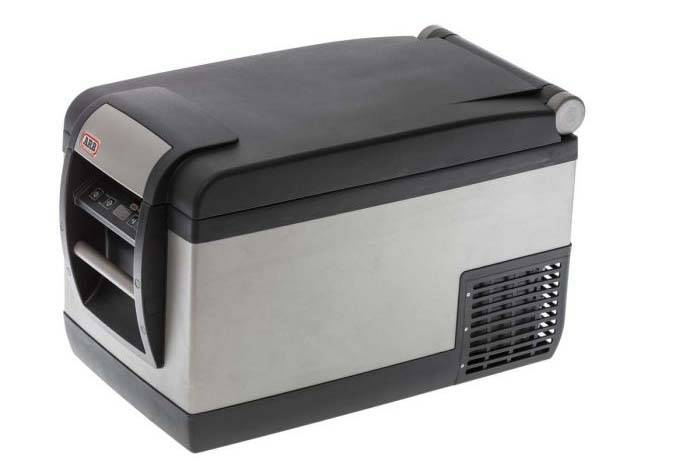 Knowing that we wouldn’t be close to any towns, restaurants, or grocery stores for the weekend, we needed to bring all our food with us.

To do this — and eat surprisingly well — we plugged in a 12V ARB fridge and filled it with vegetables, meats, sandwich fixings, and a lot of water and beer. This kept our small crew of four fueled during hot days and cold nights out in the desert chasing the race. 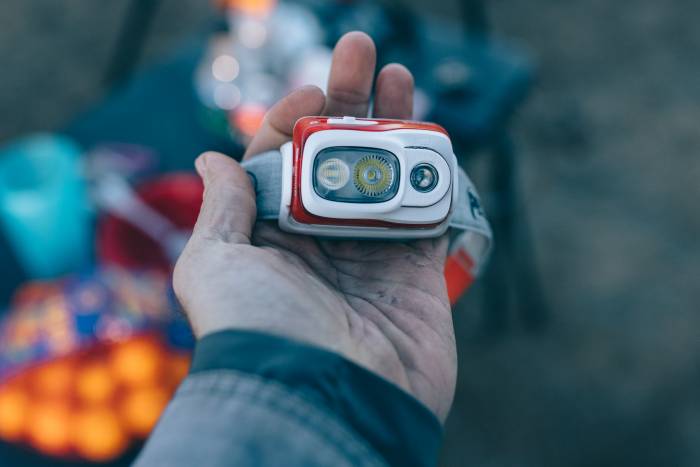 With 13 hours of darkness, it was important to bring warm layers and a reliable, bright light to get around. My headlamp of choice is the Swift RL from Petzl, an ultra-bright and easily rechargeable option that’s great for all kinds of sports and activities.

It proved to work perfectly in the desert, running on a single battery the entire week. 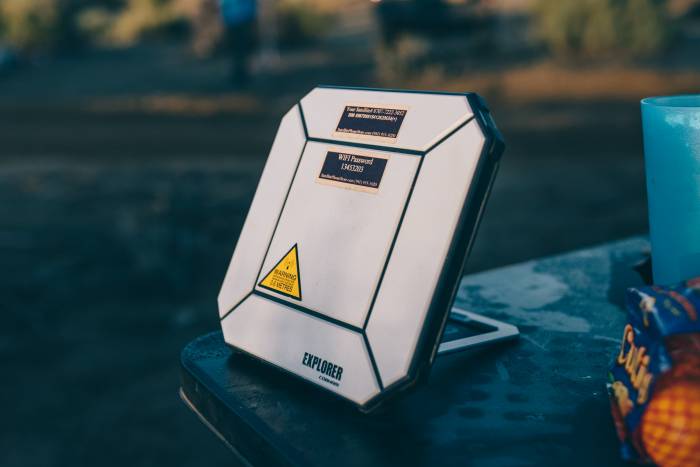 To communicate and send a few photos back to HQ, we brought along an Explorer satellite internet receiver from BGAN. It was our connection to the grid hundreds of miles from the closest cell tower.

We used it to get race updates, plan contingencies when some of our service roads were washed out, and, of course, as means of emergency backup communication.

Despite only using the Explorer occasionally, it was a useful tool to chase the race and could be equally worthwhile for many remote backcountry trips. 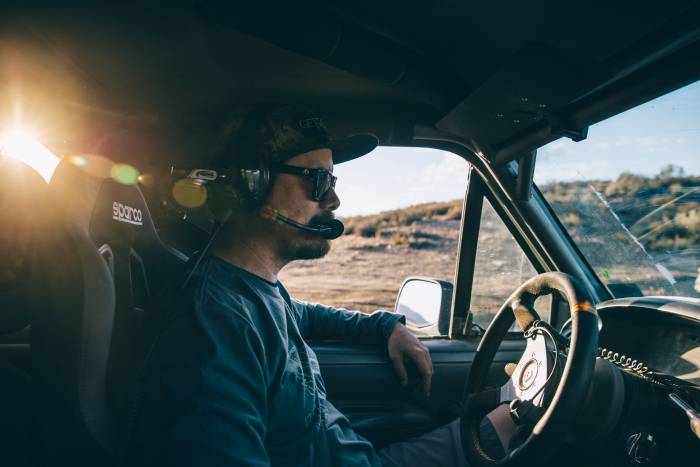 We weren’t driving a prized race truck, but we were still driving off road, which is always loud. To chat between driver and co-pilot, we used Rugged headsets, which also tied into a long-range radio so that we could ping other support crews in the vicinity.

Nearly every support truck we saw — and there were hundreds — had a similar, if not identical, radio setup on it, highlighting how useful these devices are. 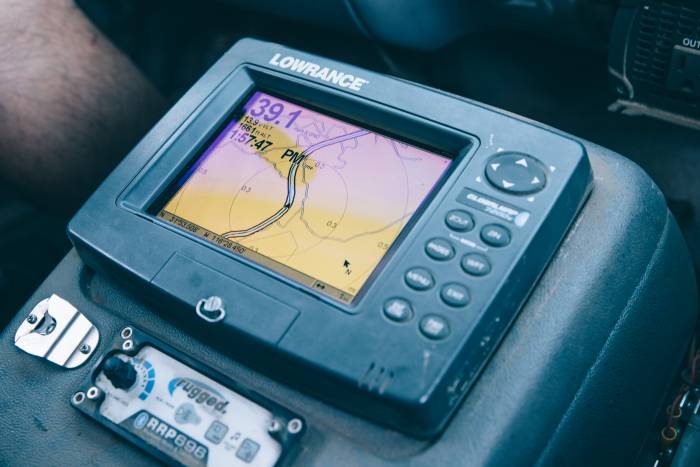 Working and navigating without cell service means you need to have maps downloaded beforehand. Nav units from Lowrance offer detailed maps of forest and dirt roads as well as GPS tracking.

They are also dustproof and waterproof because Lowrance manufactures them primarily for nautical uses. There are certainly other options, but this one is trusted in Baja for good reason. 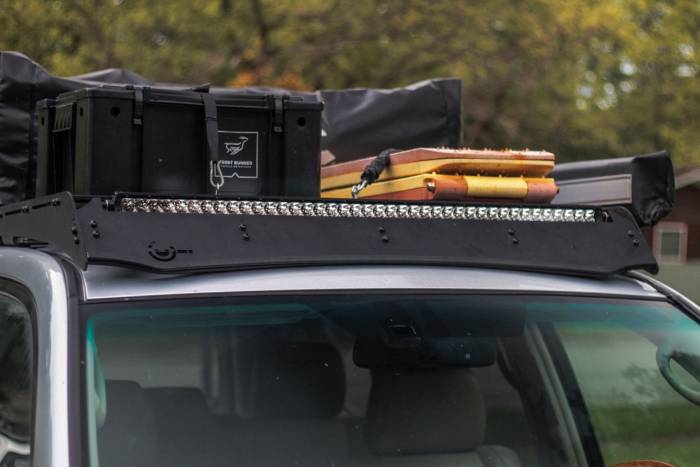 We did a lot of our driving at night as well, snaking through a maze of dirt backroads to get to the checkpoints before the racers reached them.

To do that, we used supplementary LED light bars from Lightforce, which aren’t legal on paved roads. These bars helped us drive faster and safer because we were able to see more clearly and much farther off into the desert night. 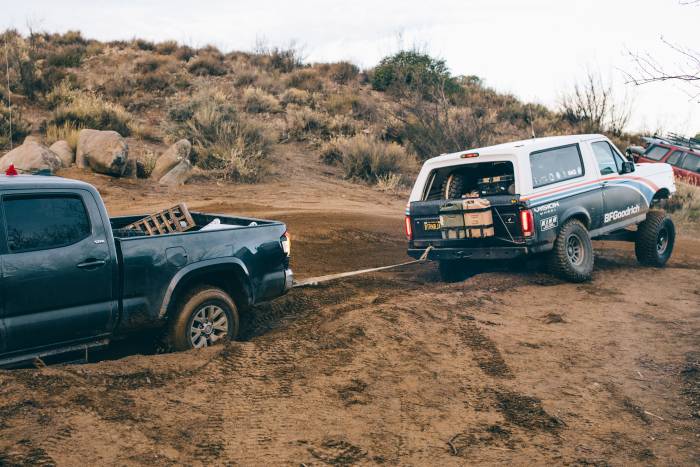 Every once in a while, you make a mistake and get stuck — or you pass someone else who has had the misfortunate before you.

To help get them out, a heavy-duty tow strap (with shackles and quality recovery points on your vehicle) is a must. It’s a cheap and reliable option to pull a car or truck out of the mud and is always worth keeping in your rig if you’re driving off road.