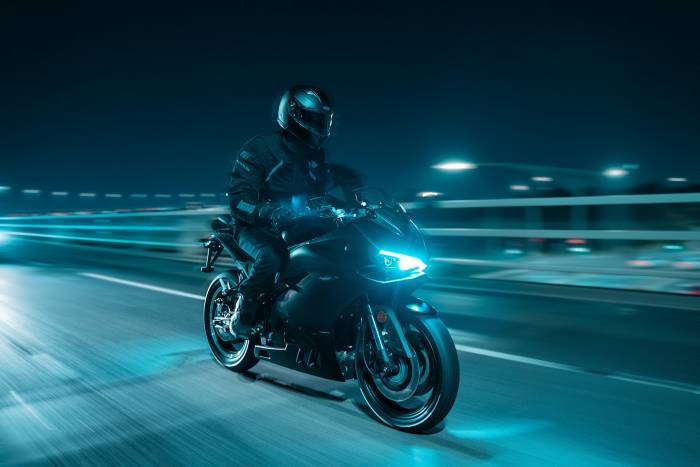 Australia’s Braaap Motorcycles might have a fix right here in the U.S. for anyone feeling priced out of the electric-motorcycle market.

Owning an electric motorcycle is a great way to get around town with a much lower environmental footprint. But for many, it’s cost-prohibitive to buy an EV outright. Until now. The Braaap MotoE starts at $5,148.

Braaap has over 10,000 bikes on the road already. Now, the independent manufacturer is coming to the U.S. It recently received stock of its electric motorcycle range at its Michigan warehouse.

Whatever your reason for considering an electric motorcycle, Braaap believes its MotoE range will provide better value than other internal combustion equivalents.

Brad Smith, the Braaap Motorcycles founder and director, explains: “Most people are priced out of the electric bike option at the moment. That’s really what we want to change.”

Braaap’s sales focus is e-commerce and selling directly to the consumer as much as possible. In its early days in Australia, Braaap owned five dealerships and sold through an additional 50 dealerships.

“That’s a lot of layers,” says Smith. “By removing layers, such as franchise agreements, distribution agreements, and wholesale agreements, we can build a better value bike.”

Affordable, but Not Cheap & Nasty

Design work and R&D are completed in Australia in partnership with Chinese manufacturing facilities. “When we are creating a new model, we often try to lean on something the [Chinese] factory has a base for, and then make changes to make it our own,” Smith said. “We’re not trying to be Tesla. We’re not trying to win Moto GP. We are trying to make the best value bike.”

Smith went on to say, “You are going to get a bike that can do more than the speed limit, and it’s backed by a lifetime warranty.”

He explained that it’s an opt-in warranty lasting for the lifetime of your service regime. In other words, you need to keep your bike serviced. “We even allow you to service it yourself now,” said Smith. However, you need to join Braaap’s Self-Service Program.

The lifetime warranty is available for an affordable one-off fee of $250, but it doesn’t transfer to the second owner. The Self-Service Program requires a regular membership fee as well.

Braaap’s MotoE range can be serviced at any qualified motorcycle servicing center. The interval between services is every 2,500 miles. With that being said, servicing an electric bike is vastly different from that of a bike with a traditional motor.

Oil changes, oil filters, air filters, spark plugs, coolant, and chain adjustments are not required on an electric bike. This should reduce the servicing cost considerably.

“All the things that take up your traditional service time are not there,” Smith said.

You will, however, need to have the following checked:

For an electric motorcycle at this price point, you could easily imagine there are little to no features included. But that’s not the case with Braaap’s MotoE range. Some of the surprising features include:

Riding modes come in the form of a 1/2/3 power selection switch that allows the rider to choose the power output of the bike. The lowest setting, 1, will conserve the charge of the bike, and therefore increase the bike’s range. This selection will also limit the top speed.

The opposite is true when selecting mode 3. With this power option, the MotoE will accelerate faster and the top speed becomes higher.

Doing wheel spins and wheel stands from a standing start could also quickly deplete the battery. So, Braaap has included a soft launch feature that will get you ahead of traffic at the lights without draining your battery as fast.

Let’s face it, Braaap MotoE customers aren’t those people who want to ride across the country. The people riding to work and going for coffee on the weekend will get the most out of these bikes. The range is going to depend on how you ride the bike, but if your out-and-back distance is within 60 miles, you’ll be fine.

Charging either of the three MotoE bikes will take 4 to 6 hours via a standard wall socket with the charger supplied with the bikes. One potential drawback is that while a fast charger set is available as an optional extra for $900, using it is not currently covered under warranty, should something go wrong.

Further testing on the adapter still needs to be completed. So, in the meantime, recharging is restricted to a standard wall socket, if you don’t want to risk the warranty. Smith states that the fast-charge adapter “will be available as a normal warranty-backed product for U.S. $350 by springtime in the U.S.”

The 5,000W MotoEv5 features a CBS braking system, as opposed to ABS in the larger battery models. The MotoEv5 also does not share the same inverted forks as the MotoEv8 and the MotoEv10 models.

Each bike features twin-piston caliper brakes, with dual disks on the front and a single-piston single disk on the rear. The tires are base-model and have no branding, but they do meet DOT requirements and are good all-around tires. Performance and high-end branded tires will also fit the 17-inch rims.

Getting Your Hands on a Braaap MotoE

If you want to get your hands on one of these bikes, you won’t have to wait too long. Braaap will be listing its dealer network on its U.S. website by the end of the year, and the bikes will be available to purchase via those dealerships. You will also be able to order a bike directly from the Braaap site.

“Bikes will be assembled in Michigan and on the road [by] spring,” Smith said.

Eventually, Braaap plans to have bikes in dealerships across the United States, but the company is cautious not to expand too fast. Braaap has a long-term vision and wants to ensure that it continues to provide affordable, quality bikes while creating happy customers.

“We’re not trying to put 15 dealers in each city. We are trying to have core partners and minimal touchpoints,” Smith said.

As with Braaap’s Australian sales method, U.S. sales will be as direct to the consumer as possible. No distributors or franchisees will be used.

Current U.S. prices for the three MotoE motorcycles are:

Visit the Braaap website for more information on availability. 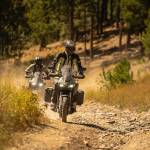