Sure, a sedan will get you to work and back. But so will a sports car like the 2023 Nissan Z, which will also give you a good kick in the pants.

I put my right foot down to a hard stop as the clutch engaged fully and straightened the wheel. The rear end busted loose just a little, but I kept it pegged.

The 400 horsepower of the 2023 Nissan Z clawed at the ground as the rear tires cried out that they couldn’t quite get a grip. But I would not relent, grinning to myself as the car straightened and accelerated like a spooked deer. 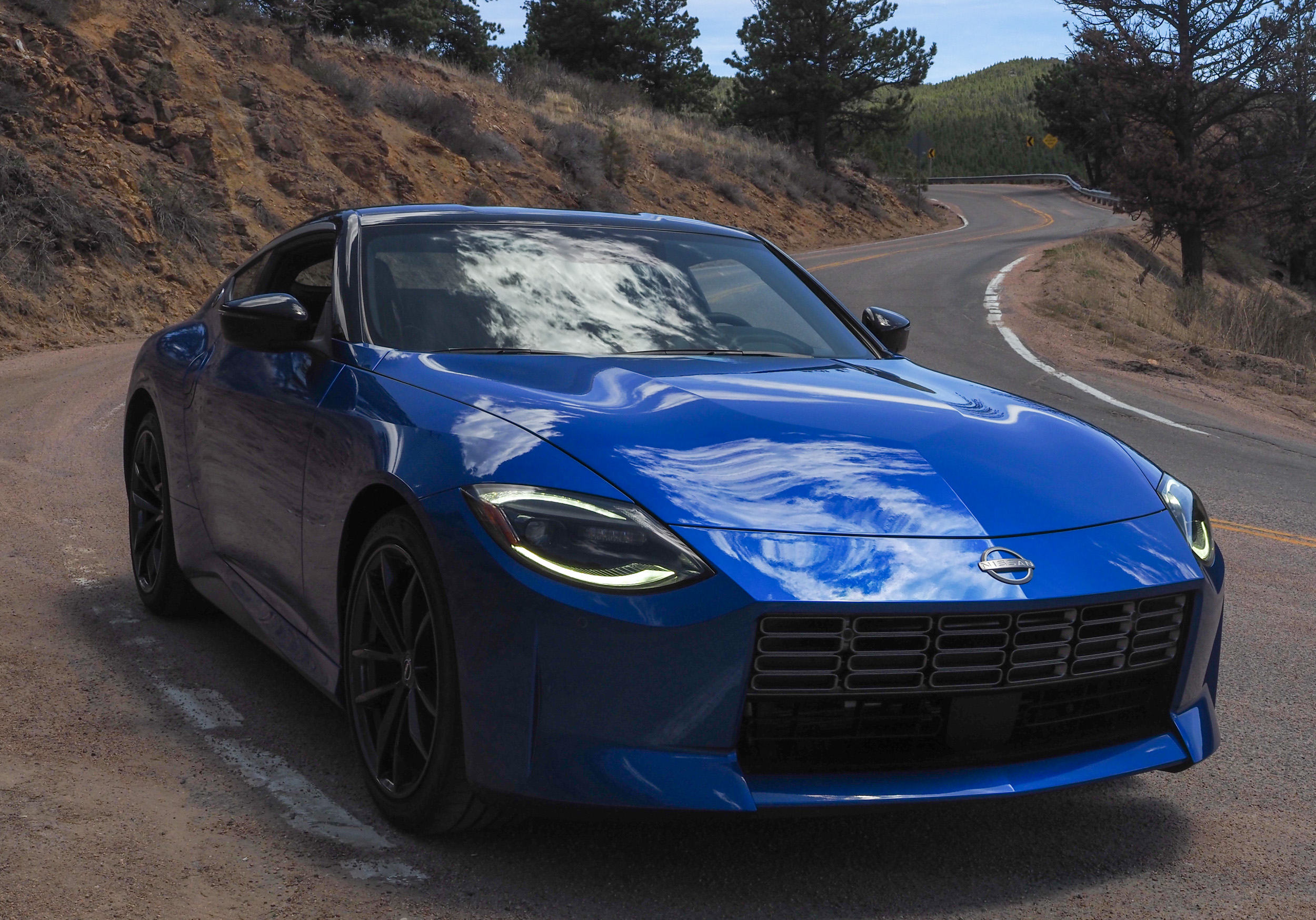 “Woah-ho!” I giggled a little as I got a handle on this gleaming machine. It dazzled dark, lustrous blue against the brown walls of the canyon and white, tumbling water of Clear Creek beside me.

Son of a gun, this little pistol of a car was fun. And I was just getting started.

I’m not going to bore you with specs and history here. You can read that everywhere today, as Nissan just gave the writers of the world free reign to write about every facet of this much-anticipated new car. But I will give you a few critical ones.

No, that is not “cheap.” But for what this car can do, holy cow, it is compelling. Because after 2 hours behind the wheel, I can tell you, buckle up. This is gonna be one heck of a ride.

Do you know that sensation of falling that you get when you plunge over a drop on a roller coaster? Well, I get a similar, but maybe a little less dramatic, version of that when the rear wheels of a sports car spin and the rear end wanders a bit to one side or another.

That’s why I own a 2006 Ford Mustang GT with a live rear axel as my daily driver. In short, I get a kick out of rear-wheel-drive sports cars that have enough oomph to put a pit in your belly. 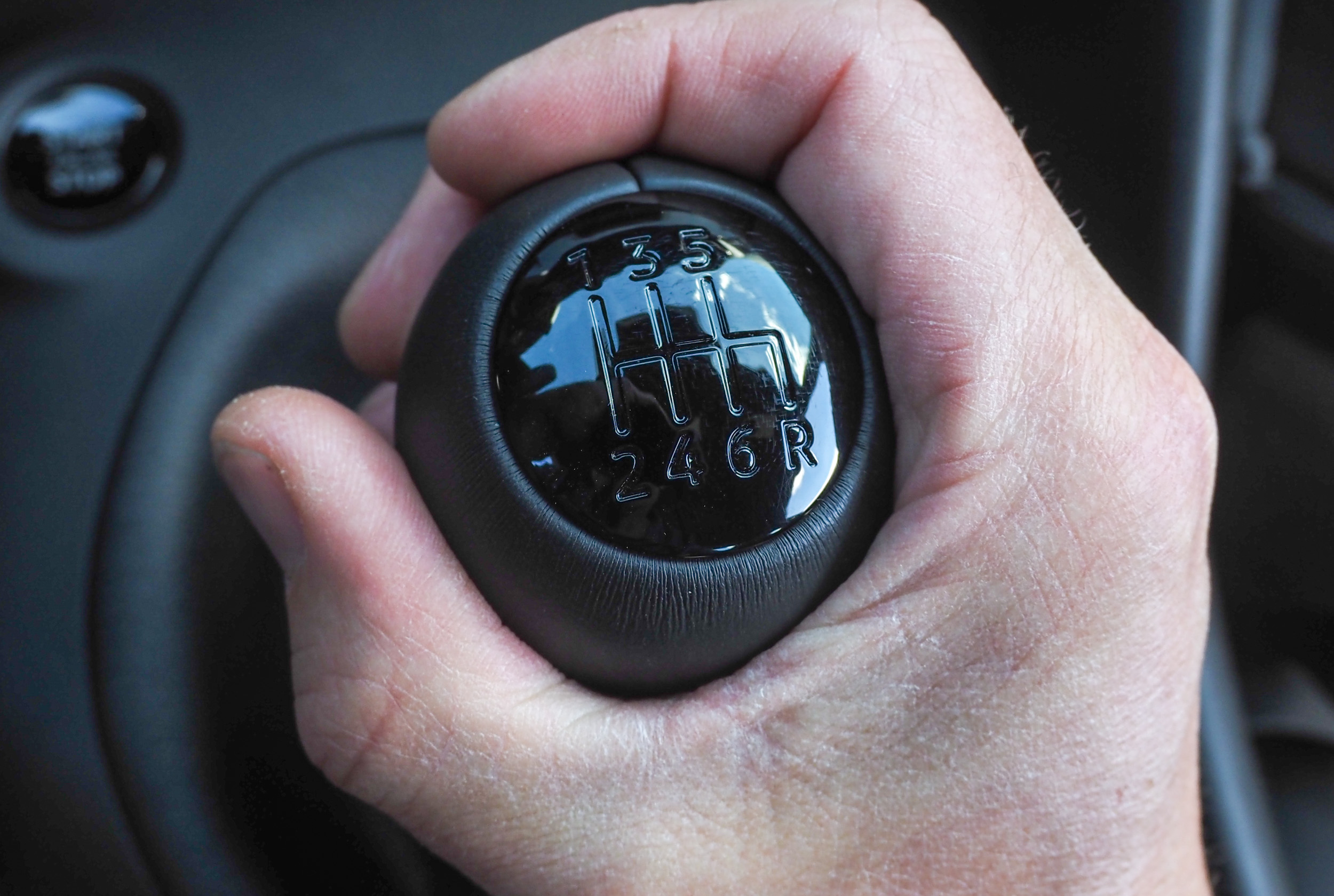 And the Nissan Z, well, it made me a believer — and quick.

The 2023 version of this car comes in both automatic (OK, yeah, I get it) and manual (yes!). I opted to drive the manual first because, honestly, what’s the point of getting a “fun” car and then making it less fun by removing the best part of driving? Oh, for those of you who don’t know, that’s rowing through the gears, shifting up and down.

So let’s focus on the manual.

Depress your left foot hard to engage the clutch. It’s a bit heavy, a bit muscle-car-y. I like it immediately. Throw the stick forward into first and lift the left foot while applying gas to earn your reward.

And boy does it come on quickly. I don’t have numbers, but the 2023 Nissan Z accelerates plenty fast enough, thank you. It’s definitely way faster than my Mustang and doesn’t feel a whole lot slower than the 2022 Nissan GT-R that I drove last year.

Maybe that’s because I drive all these on the street, but at some point, 0-60 time becomes somewhat irrelevant. And this is the case with the Nissan Z.

As I told my coworkers after the drive, “it’s a fast little bugger!” It’s fast enough to run with most anything on the street. You will be limited only by the speed limit and your own sense of personal responsibility.

I pushed the limits of both of those a bit in testing while trying to behave as well as possible. With a car like this, it just doesn’t feel challenged anywhere under the speed limit. But fortunately, I had a twisty road and not much traffic.

I found myself alone with lots of room behind me and stood on the brakes. Uuuuugh I groaned out, compressing against the seatbelt. Then, I dropped a gear and heard the perfect rev-matching. 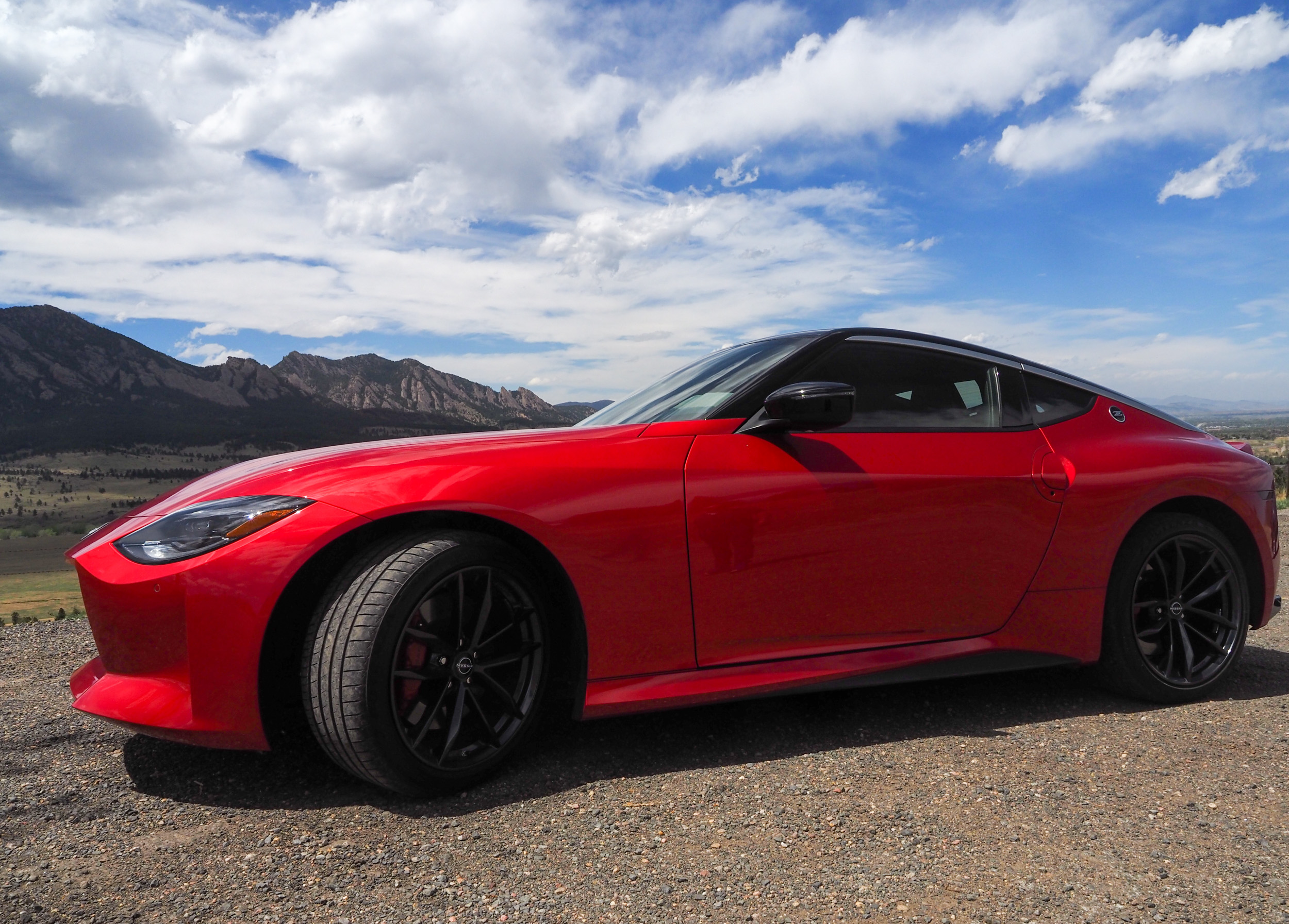 Dump the clutch and gas it again, and I’m off like a shot and into a corner. There, the steering is precise and balanced. I could go a lot faster … but I shouldn’t.

This car yearns for the track, a place it could really let its legs stretch and its lungs breathe.

But it was plenty of fun on the road.

After a couple of hours of zipping around at the edge of responsibility, I handed the keys back to Nissan with a stupid smile plastered across my face.

Yes, I could see myself buying one. It was that much fun.

So you’re considering laying out $50,000 for a two-seater sports car? You’ll want to know the following, even though you’ll figure it out in the first 10 seconds of your test drive.

The interior is nice. Really nice. All the touchpoints are soft. The seats have quality bolstering that keeps you from sliding around when you push the corners hard.

The driving position is great for me. But at 5’8″ tall, that isn’t saying much, as I can fit in almost anything. Your experience may differ. 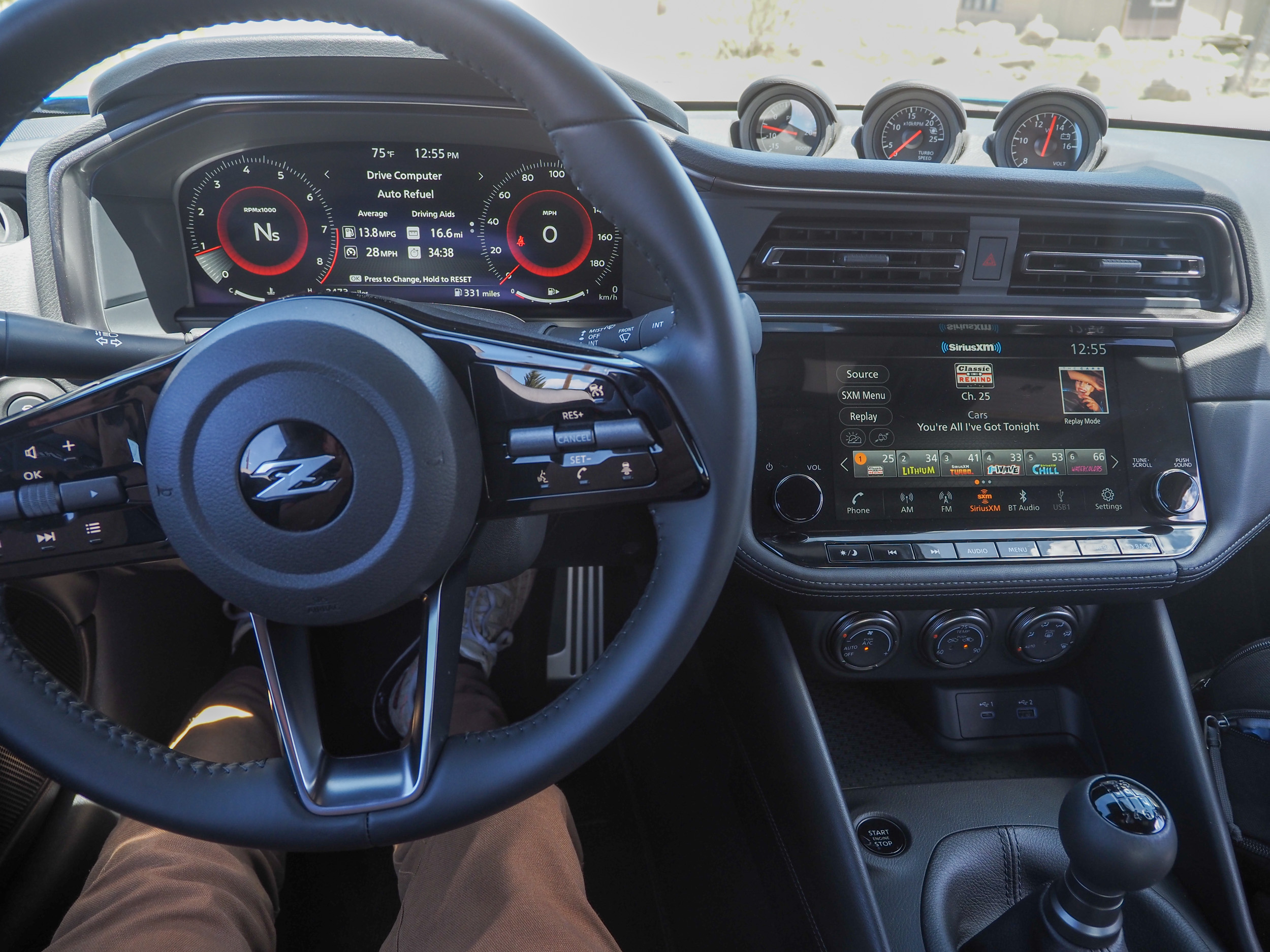 I like the heavy-ish clutch but didn’t love the shifter, which felt like a bit longer throw than it needed to be. It made shiting a bit slow. Maybe I just needed practice, but it felt slower than my Mustang to shift.

The stereo was fine, nothing earth-shattering. And, obviously, it has a touchscreen and digital displays. They work. You’ll figure them out as I did, in about 10 minutes.

Good enough? You can read all about the rest of the details of this car on Nissan’s website.

A Final Note About the Z

This car is a real head-turner. In 2 hours of goofing around, I had three people comment on it, including a guy driving by in a Sprinter van, a worker holding a stop sign at a construction site, and a dog walker. And it deserves it. This is a good-looking car.

If you want a two-seater that’s rocket-quick and fun to drive, this one should ring in highly at the price-to-fun ratio. It’ll give you the same kind of joy as a much more expensive Toyota Supra or GT-R or Porsche.

Is it exotic? Not exactly. But it’s a wicked good time that those who dream of exotics can more likely afford. Hop in one — you’ll only regret it if you can’t behave.