Ford is finally bringing us a mass-market, very competitive, all-electric vehicle. But, unfortunately, it decided to make it look like a bloated four-door Mustang. Ford even decided to call it a Mustang — the Mustang Mach-E, to be exact.

For the first time in 55 years, Ford is expanding the Mustang lineup. The Mustang Mach-E SUV will arrive in late 2020, joining the sports coupe, convertible, and special-edition Mustangs.

The First Edition models will start at $60,000, with base models coming later, starting at $44,000. You can reserve a limited First Edition today, with a $500 deposit, by visiting the Mustang Mach-E reservation site. 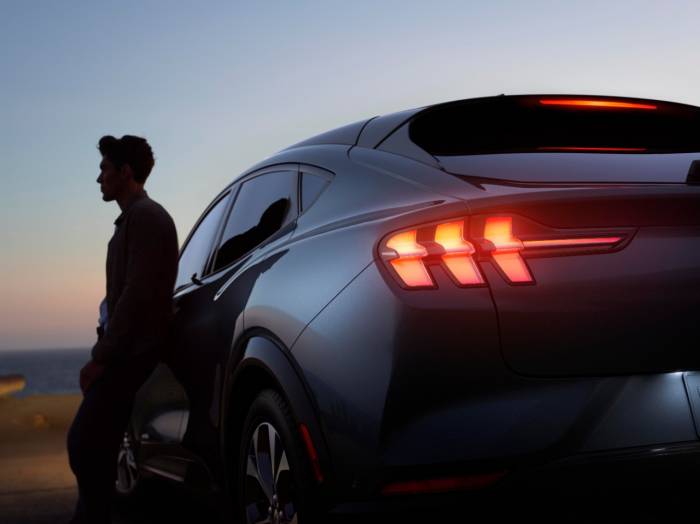 All you need to know about this new five-seater SUV is that it has all the features and tech you can find on high-end all-electric vehicles already on the market today. That is to say that the Mustang Mach-E is likely going to be a great all-around vehicle and is hitting the market at a very competitive, but not inexpensive, price point.

I wish there was more to get excited about, but a large majority of the tech in the new vehicle is stuff you’ve seen across the automotive world already. A great example is that this will be the first Ford to offer the Phone As A Key technology, which turns your smartphone into the vehicle key. This is a feature currently offered on a wide range of other manufacturers’ vehicles, both gas and electric.

A Look at the Numbers

The performance number targets Ford is touting are good but not all that impressive. The rear-wheel-drive, extended-range-battery version of the Mach-E should net you about 300 miles of range. And the all-wheel-drive GT Performance Edition is targeting 0-60 mph times in the mid-3-second range.

You won’t, however, be able to buy a Mustang Mach-E that offers that type range and performance in one vehicle. 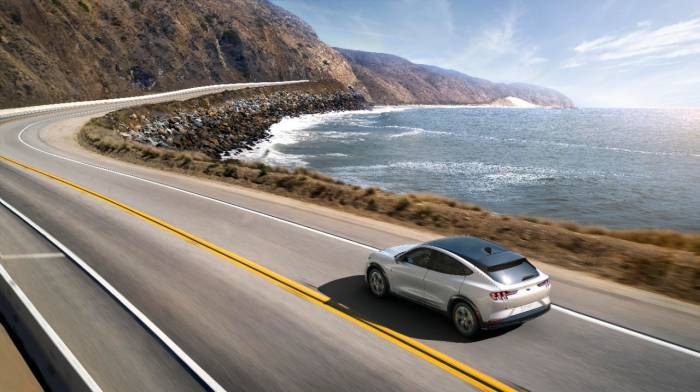 Ford touts in its press release that the “standard all-wheel-drive variation [is] targeting quicker times to 60 mph than the base Porsche Macan series 3.” Why is that relevant or impressive?

We all know that an all-electric, all-wheel-drive vehicle should be much quicker off the line than a small gasoline-powered SUV. It would be more relevant to compare performance numbers against vehicles like the Tesla Model Y, or any other all-electric SUV, but those comparisons wouldn’t net impressed reactions for the Mach-E.

The interior of the Mustang Mach-E looks to be extremely spacious and very Ford. It offers clean lines and a basic monotone color scheme. Two digital screens dominate the interior, one behind the steering wheel and one in the center of the dash. Both look to be of high quality and extremely useful, but they look added on rather than integrated into the vehicle.

The center dash screen is a massive 15.5-inch tabled-style system that uses Ford’s next-generation SYNC infotainment technologies. The massive screen dominates the center of the dash and uses familiar touch, swipe, and pinch controls. And the system is cloud-connected for simple vehicle updates and utilizes an AI to quickly learn driver preferences.

This five-seater SUV offers a lot of interior room for passengers and cargo. It also offers a tiny frunk. You might ask yourself, “Why would an electric car have a long hood?” While that is a consistent feature on the Mustang and is usually necessary to house a big gasoline engine, it has no good use but styling on the Mach-E. 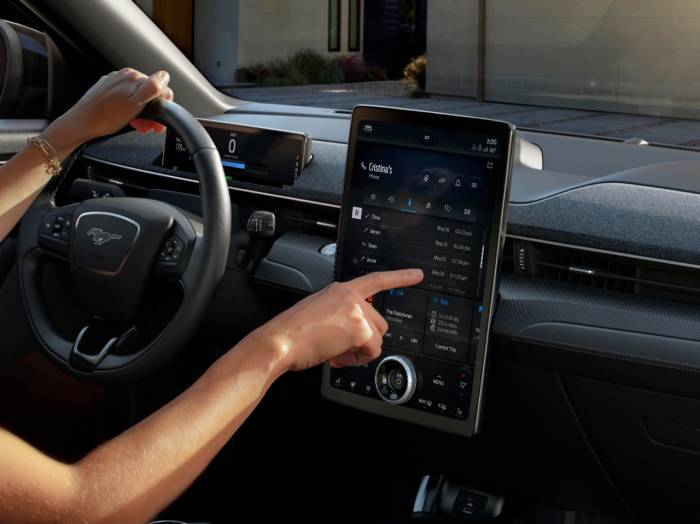 It does, however, house a 4.8-cubic-foot storage space that is drainable. You can either store the equivalent of a carry-on luggage bag or use it as a cooler. (“Frunking” doesn’t quite have the same ring as “tailgating”!)

Sure, I wish Ford had been creative enough to come up with a new name for this vehicle and not put a Mustang badge on an SUV. While the Mach-E’s styling does nothing for me — and I’m impressed by the Mustang’s looks — it will probably be a quality high-volume vehicle for Ford. 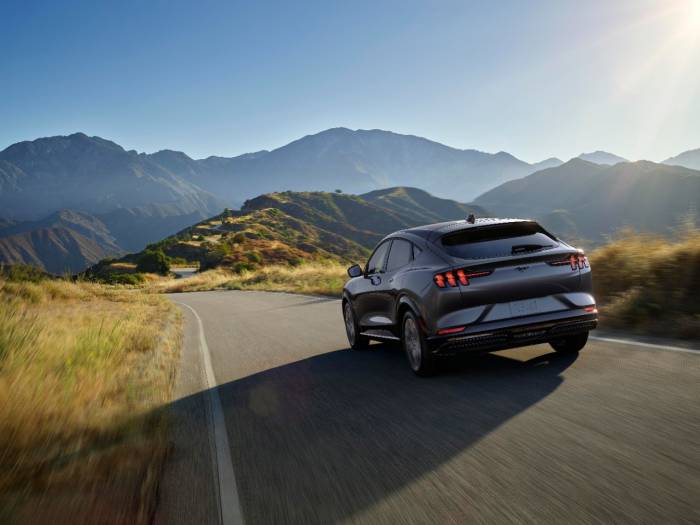 Most of us have realized that, for most use cases, an all-electric vehicle makes a lot of sense. And the Mustang Mach-E will offer the performance we want, in a usable package, for an attainable price.

Ford probably has a winner here. I just wish it had stepped up to the plate with some distinctive, original styling and a new, creative name.

Up Next: RV Office: The Power to Work From Anywhere

Saving…
RV Office: The Power to Work From Anywhere
First Look: MoonShade Is a Temporary Awning for Your Adventure Rig
×