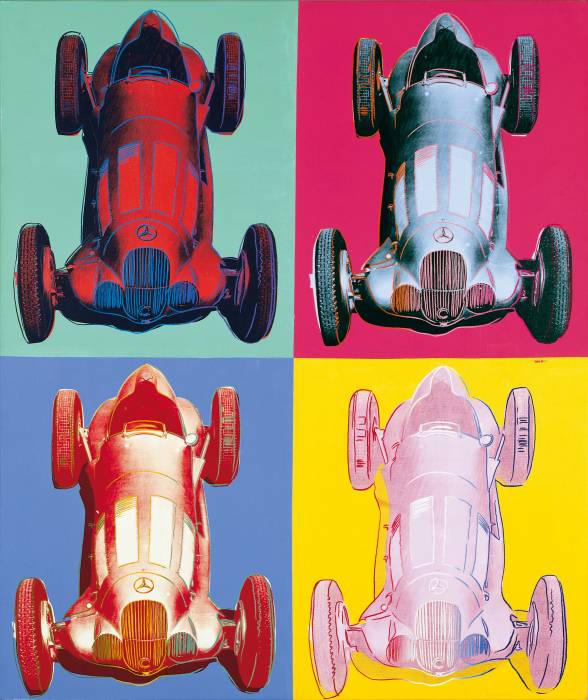 One of Warhol’s last commissions, ‘Cars’ is a look at Mercedes-Benz over 100 years of the automobile.

Mercedes-Benz has thousands of cars in its collection, with hundreds on display at museums. Turns out the automaker has a massive art collection as well. Part of the collection is the Cars series it commissioned from Andy Warhol.

Mercedes-Benz is bringing that collection to the Petersen Automotive Museum in L.A., the first time it has returned to the U.S. in more than 30 years.

Commissioned for 100 Years of the Automobile

Mercedes-Benz (then Daimler AG) commissioned the series from Warhol in 1986 to mark 100 years of the automobile. Benz requested 80 pictures of 20 of its car models from eight different decades.

Meant to cover the company all the way to 1986, it fell a few years short. The cars involved ranged from the Benz Patent Motor Car of 1886, largely considered to be the first car, to the C 111-II research car of 1970.

Of the commissions, Warhol was only able to complete 36 screen prints on canvas and 13 drawings before his death in February of 1987. Thirty of the prints, as well as the drawings, became part of the Mercedes-Benz Art Collection. Benz calls the series “one of the last coherent groups of works by Andy Warhol.”

Since its formation in 1977, the Benz art collection now holds more than 3,000 works. The intent of the collection, Mercedes says, was to “secure cultural education within the company.” Employees at various company locations were given direct access to the works, with many simply hanging in offices, plants, and other facilities.

The primary collection can be seen by employees. The general public can get access through arranged guided tours at the Mercedes-Benz Museum in Stuttgart. Mercedes-Benz also holds exhibits at major museums around the world, including this upcoming show.

Since the highly acclaimed presentation at the Guggenheim Museum New York in 1988, Andy Warhol’s Cars series has been a guest in major museums around the world. We are very pleased that after more than 30 years, it will now be seen again extensively in the US. The name Warhol has a “mythical” attraction in the context of art, as the visitor numbers to his exhibitions show. This is also true of the brand name Mercedes-Benz in its context, which — materialized in the symbol of the star — has a secure field of connotations: beautiful, fast, modern, luxurious, quality.

Mercedes-Benz describes the Cars series as Warhol’s first devotion to an industrial product from Europe. The artist is well known for his take on American brands including Coca-Cola bottles, Campbell’s Soup cans, and the U.S. dollar bill itself.

“With the eight vehicle models portrayed, Warhol simultaneously shows the changeability and the historical character of a product,” the company says.

Starting on July 23 and running until January 22, 2023, the exhibition will be part of the Petersen Automotive Museum. One of the largest automotive museums, the Petersen is home to cars, automotive art, and automotive education.

The 40 artworks will be on display as part of the exhibition, but there will be cars as well.

Five of the Mercedes-Benz vehicle models portrayed in the artwork will be there. This includes the W 196 R Formula One racing car of 1954, a 300 SL Gullwing Coupe, and a 1937 W 125 open-wheel racer. 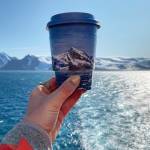