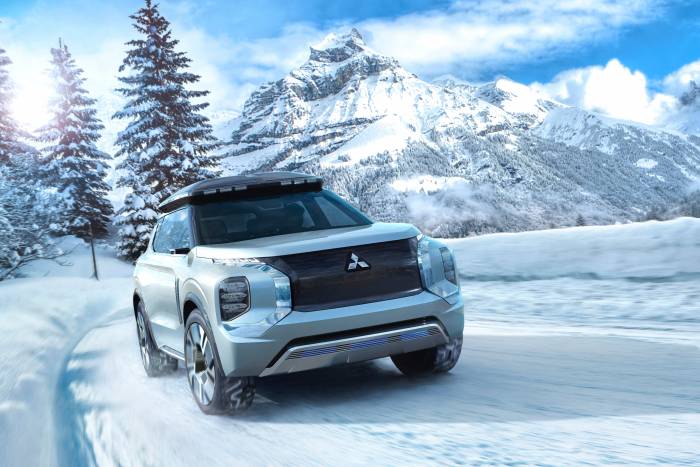 In a sea of full-electric vehicle concepts at the Geneva Motor Show, we got a glimpse of Mitsubishi’s near-term SUV future. The Mitsubishi Engelberg Tourer concept is a 4WD plug-in hybrid that’s ready for your next adventure. It appears nearly ready for production.

The Engelberg Tourer concept gives us a good look at what we can expect out of Mitsubishi over the next few years. The automobile shows off an evolution of Mitsubishi’s bold design language and its plug-in hybrid electric vehicle technologies. 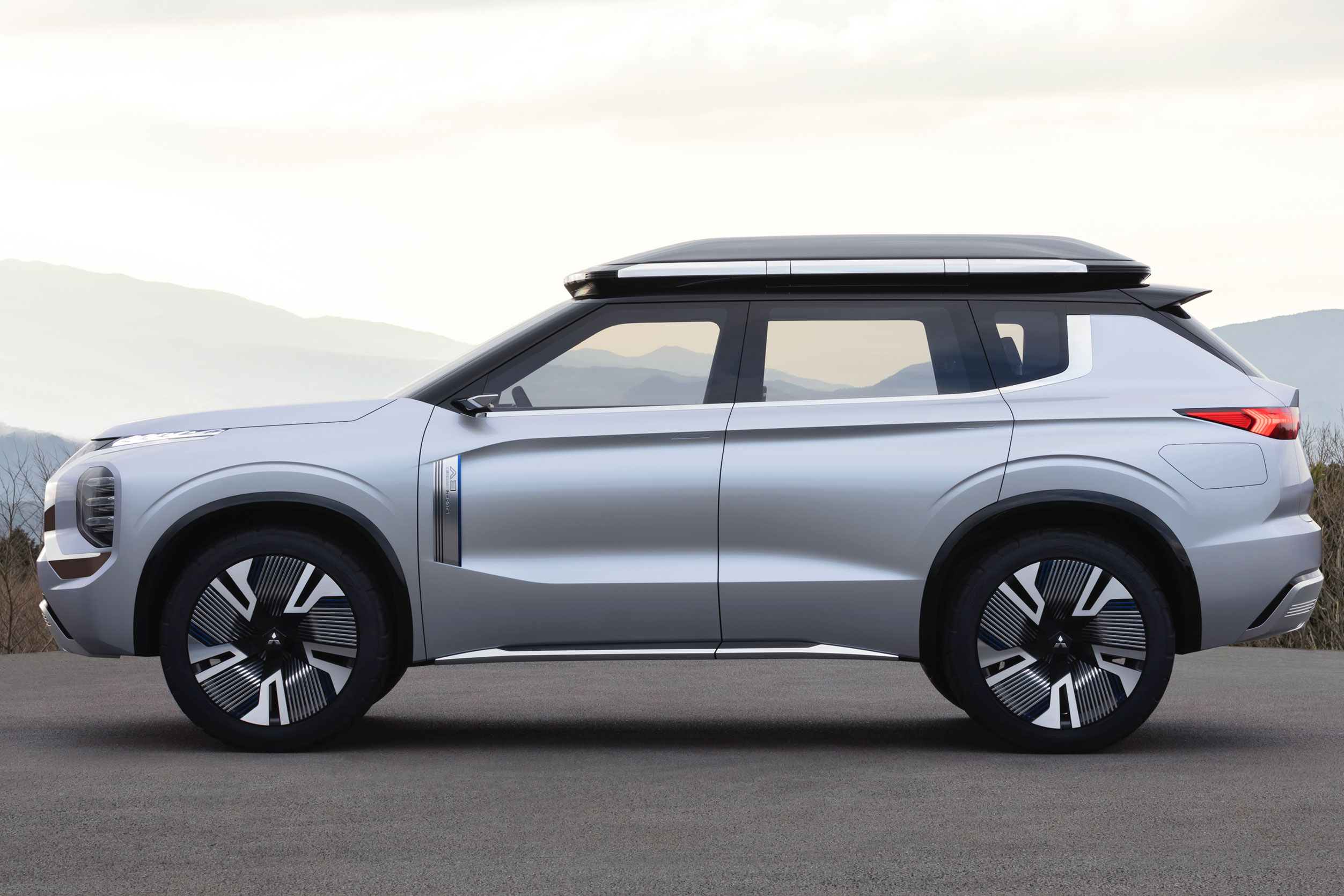 This concept vehicle is named after the Engelberg ski resort in central Switzerland. The Engelberg Tourer SUV looks ready to tackle adventures in the mountains. It also seems very close to production-ready. Its styling and mechanicals are slight evolutions on Mitsubishi’s current offerings.

The Engelberg Tourer concept is very much like a full-electric vehicle. The futuristic styling, lack of a prominent flowthrough grille, and no visible exhaust help with the illusion. In reality, the SUV is a plug-in hybrid, with a 2.4L gasoline engine hiding under the hood.

The difference with this concept and most current hybrid systems is that the gas motor acts as a generator feeding the twin electric motors, versus sending power to a set of wheels directly. This is known as a plug-in hybrid electric vehicle (PHEV). Mitsubishi has already proven this drive system in its Outlander PHEV.

There are a few big advantages of this system over full-electric and traditional hybrid systems. You really get the best of both worlds. You get the instant torque and performance of electric motors while also getting the extended range and instant refueling option of a gasoline engine.

This hybrid electric system can also run in full-electric mode for a claimed 43 miles. That’s perfect for many commuters or quick trips around town. If you decide to head out into the mountains on the weekend, or even a cross-country adventure, you can expect an impressive 434-mile range in hybrid mode.

Besides the impressive all-wheel-drive performance that Mitsubishi developed in the Lancer Evolution, you can also expect new intelligent refinements in the Engelberg Tourer. Future vehicle safety, efficiency, and performance are all about artificial intelligence and the “internet of things.” Mitsubishi calls this its Connected Car System. 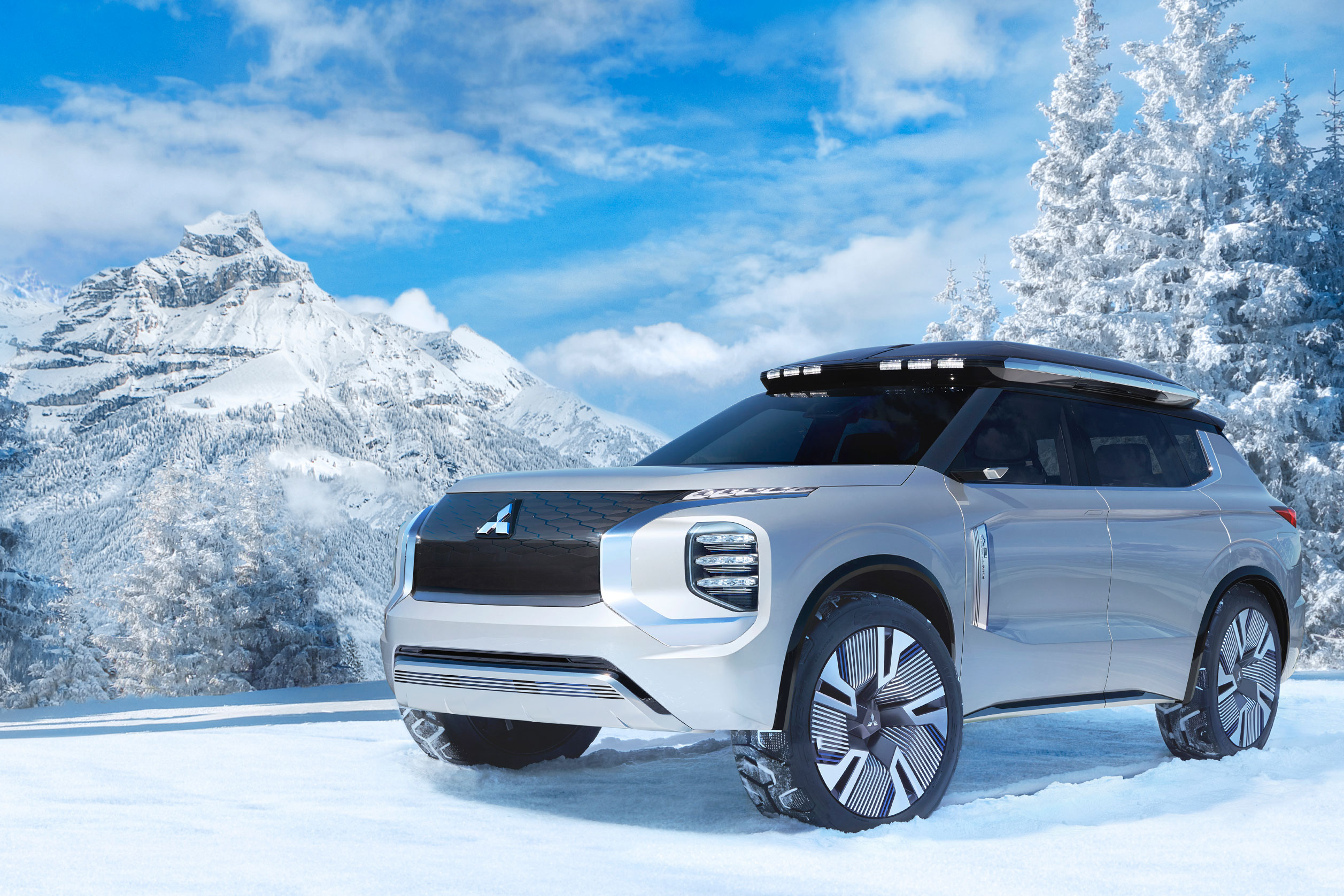 “When the driver enters a destination in the onboard navigation system, the Connected Car System uses weather, temperature, topography, traffic, and surface condition information to select the optimum drive mode and tailor torque split through drive battery energy management and the S-AWC system. This allows safe and comfortable driving as well as optimal fuel economy,” the brand stated.

This system is a few steps beyond Google Maps and Waze! This type of connected car world is the future of transportation. Whether we humans remain behind the steering wheel or not is still unsure, but it’s becoming less and less necessary.

Roof Box of the Future 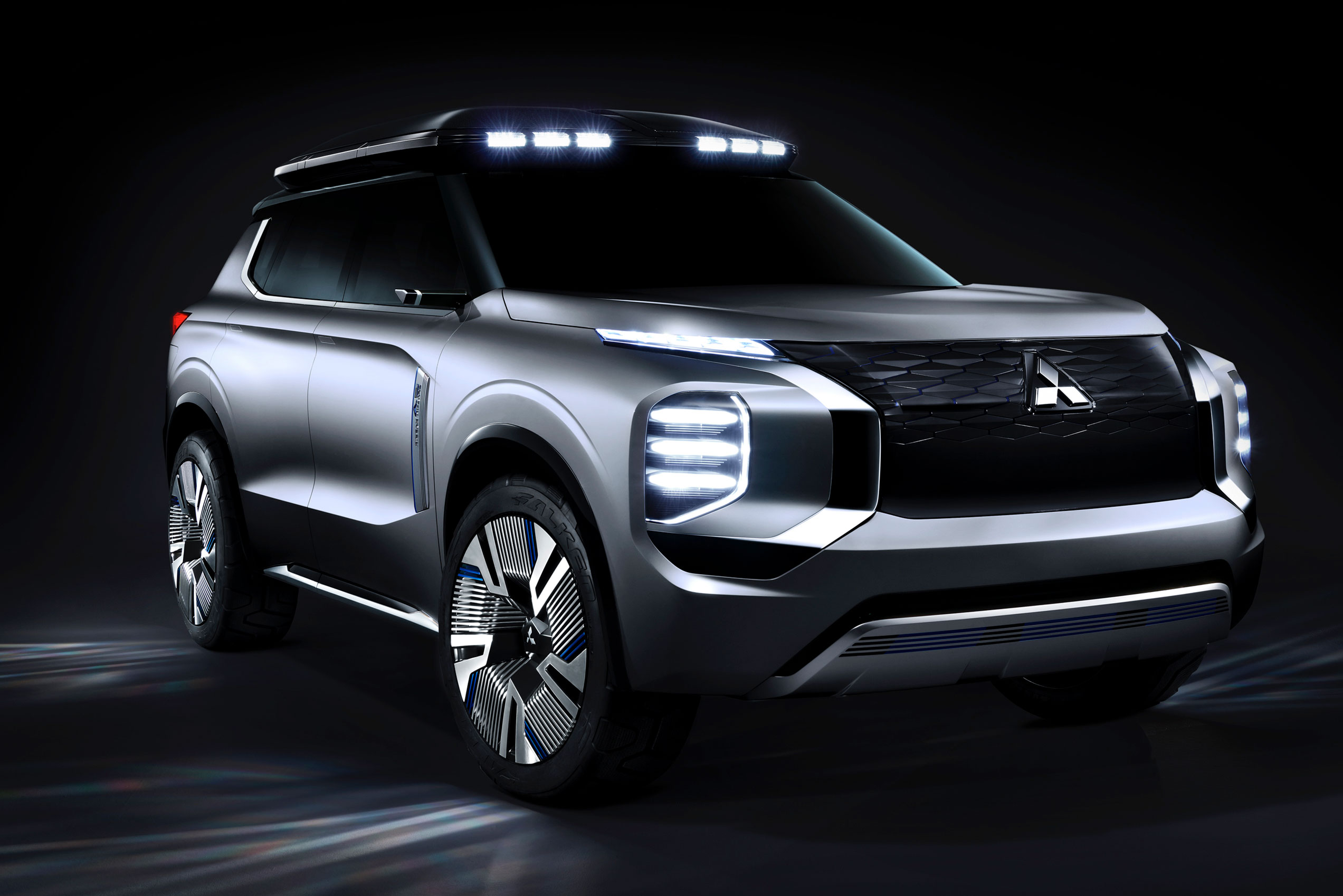 While Mitsubishi didn’t show off or give much info on the roof box seen on the Engelberg Tourer, it looks impressive. We do know it has an “auto-open/close” feature and integrated fog lamps.

The roof box also looks to be mounted nearly flush with the roof and extremely aerodynamic. Not only does that make it look extremely sexy, but it should also help with fuel economy and electric range.

Inside the Engelberg Tourer 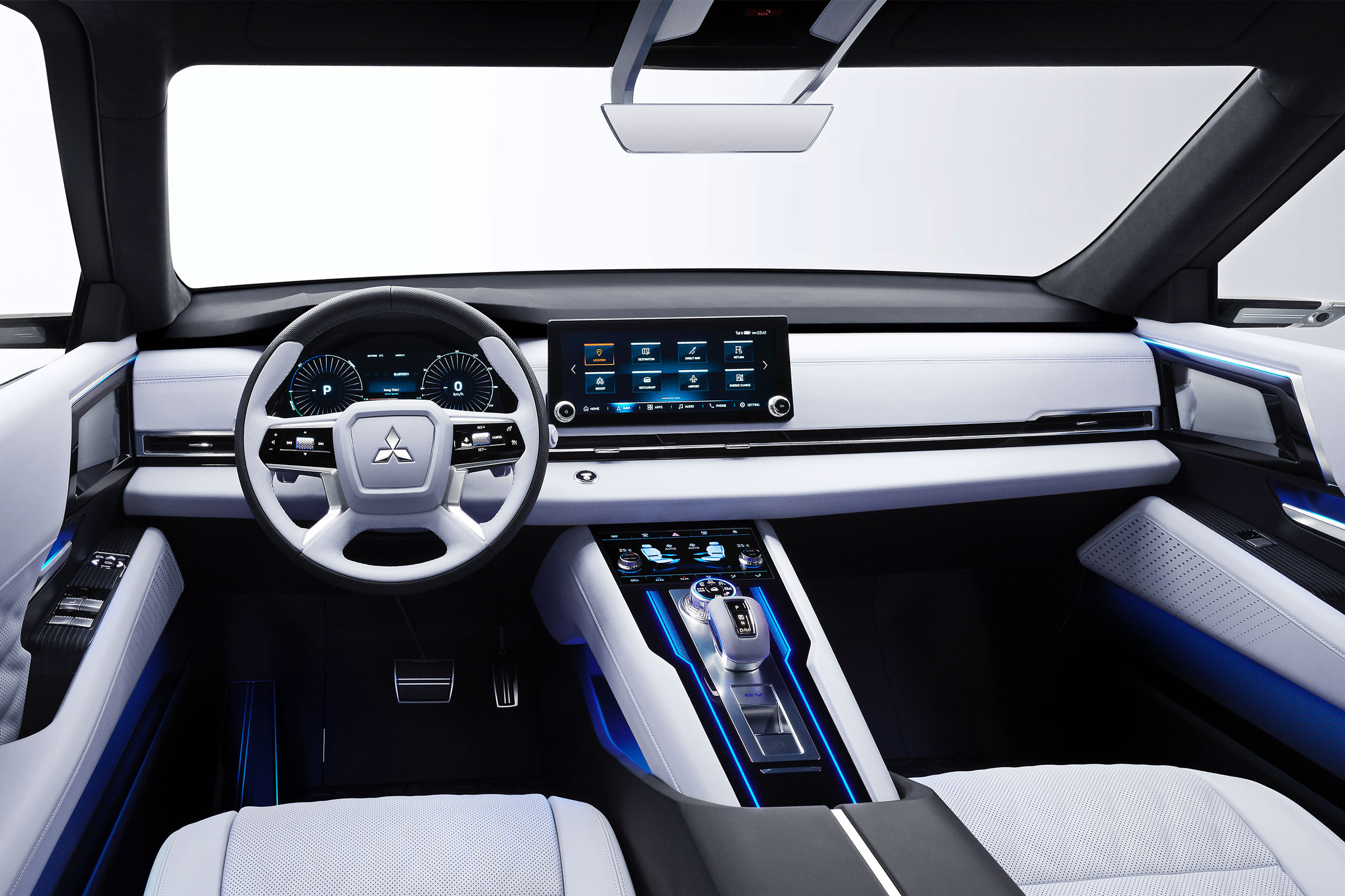 The Interior seems to take cues from Volvo and Lexus and is decidedly upscale. It’s super clean and modern. It also looks nearly production-ready.

If the Engelberg Tourer were to go to production, the two bucket seat setup in the rear would surely go. A three-seat bench in the back is so much more practical for most. 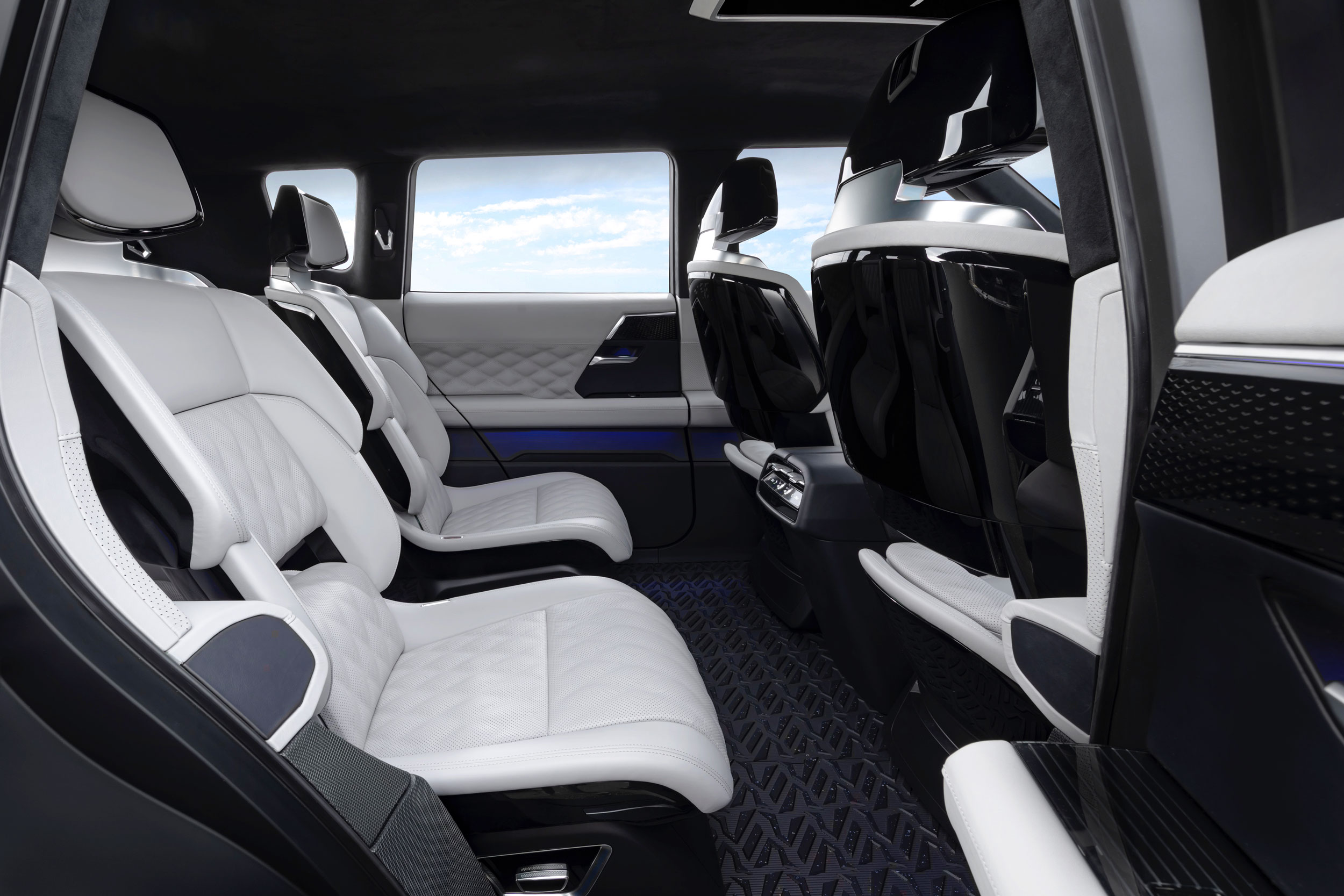 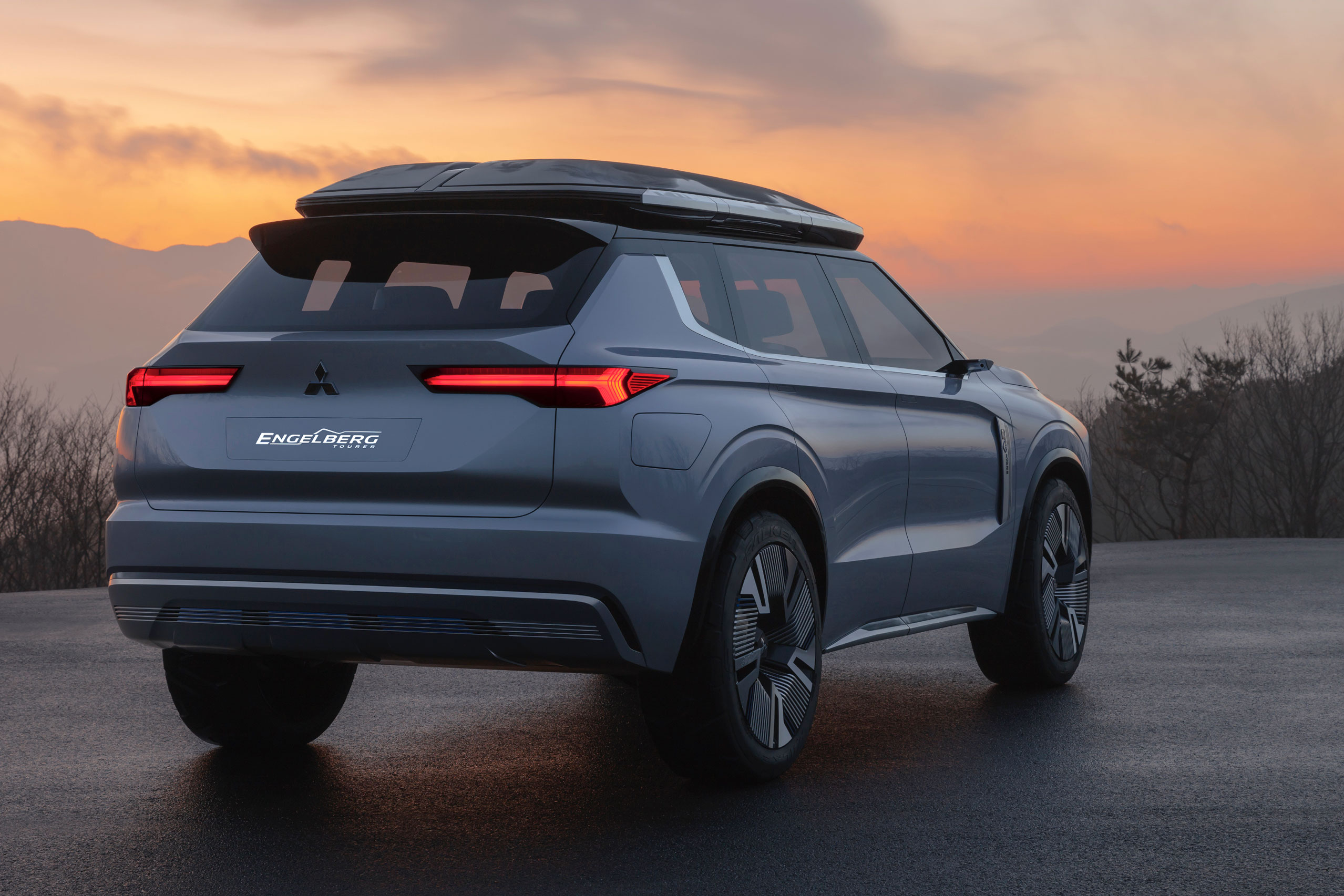 Mitsubishi dealerships will offer the DDH system later this year in Japan and Europe. The first customers will be those buying Mitsubishi battery-electric and plug-in hybrid electric vehicles. No word on North American availability yet.