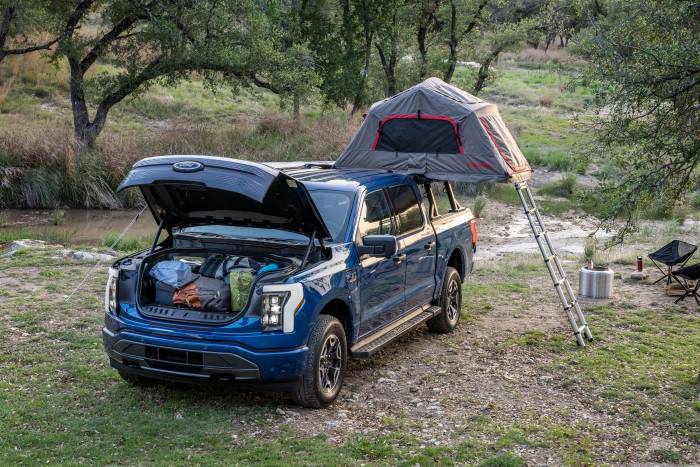 Piston power is far from dead. Yet. But ‘electrons are going to rule the future,’ said Steve Center, the Chief Operating Office for Kia America. And, this year’s North American Car, Truck, and Utility Vehicle of the Year (NACTOY) awards are proof positive.

Battery-electric vehicles made up six of the nine finalists — and two of the three NACTOY winners — just announced in Detroit. NACTOY named the electric Ford F-150 Lightning the Truck of the Year and the Kia EV6 the Utility Vehicle of the Year. The Acura Integra was the only piston-powered model to drive home with a trophy in the Car of the Year column.

Landing a win with the Lightning was “very humbling,” said Darren Palmer, Ford’s Vice President of Electric Vehicle Programs, “and shows us the sentiment out there for electric trucks. And it confirms the investments we’re making.”

Ford has long been a strong contender in the truck category, with the Lightning marking the brand’s third consecutive NACTOY win. That’s reflected on the sales charts as well, with the F-Series line not only the bestselling truck but also America’s overall bestselling vehicle line.

But the F-150 Lightning was a significant risk, Palmer and other Ford execs acknowledged. The automaker initially tooled up to produce just 25,000 of the EV pickups annually but is now expanding its capacity to 150,000.

Likewise, Kia significantly underestimated demand for the EV6, the winner in the Utility Vehicle category. It sold about 20,000 in the States in 2022, a number limited by “capacity constraints,” said Center.

The NACTOY jury is made up of 50 U.S. and Canadian automotive journalists, including Paul Eisenstein, author of this story. Launched in 1994, it is considered one of the most prestigious motoring awards in North America, and is the longest-running awards program not associated with a specific media outlet — such as GearJunkie’s own Adventure Vehicle of Year Awards.

When NACTOY jurors began evaluating the latest crop of new cars, trucks, and utility vehicles last spring they had 47 models to choose from — a tie for the most ever. They winnowed down their pics through a series of ballots, finally naming nine finalists in November at the Los Angeles Auto Show.

Significantly, six of the nine fianlists are all-electric; only the Integra, Z, and ZR2 still rely on fossil fuels. And only one of the winners, the newly revived Acura sedan, is piston-powered.

“This may be the last time we see a gas-powered vehicle win a NACTOY award,” said John McElroy, a long-time auto analyst, TV host, and NACTOY juror.

The simple reality is that automakers are paring back investments in internal combustion technology, even as they ramp up spending on electrified products, including hybrids and plug-in hybrids, but primarily on all-electric models. Volkswagen, for example, expects to invest over $100 billion to bring out as many as 50 EVs through its various brands by 2030.

The Acura Integra was the exception in this year’s NACTOY finalist vote, suggesting that how a vehicle generates power isn’t the only thing that matters.

“The fun-to-drive factor put it over the top,” suggested Emile Korkor, assistant vice president of Acura sales. NACTOY jurors praised Integra’s distinctive design, its handling and power — and the fact that it is one of a fast-shrinking set of products offering a manual transmission option.

Acura, like its sibling Honda brand, has been slow to embrace EVs. But, that is about to change. Both brands will launch their first long-range battery-electric vehicles by next year, with several more already in the works.

The question is whether NACTOY jurors are getting out ahead of the market. EVs accounted for just 5% of U.S. new vehicle sales in 2022. But that’s a fivefold increase since 2019. And that market share is expected to reach 20% by 2025, according to the annual Car Wars study released by Bank of America Research.

The Biden administration is pushing a target of 40-50% of new cars sold by 2030 to be electric. And a number of brands, including the likes of Mini, Chrysler, and even exotic Bentley, expect to be 100% electric by then. 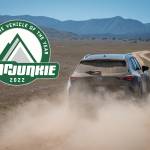 Adventure Vehicles of the Year: GearJunkie’s Top Picks From 2022

GearJunkie editors and contributors drove and rode a slew of new vehicles over the past year to find the very best adventure vehicles of 2022. Read more…