Yet another electric pickup enters the fray! Nikola Motor Company just announced the Badger pickup, but this is not just another EV. The automaker claims fewer emissions, more power, and longer range thanks to hydrogen fuel-cell technology.

Nikola Motor will offer the forthcoming Badger pickup truck in both fuel-cell electric and battery-electric versions. And the brand says it will build the new truck “in conjunction with another OEM.” We expect an announcement on just who that will be to come later this year.

Regardless, the stats on the new truck are impressive: 0-60 in 2.9 seconds is fast! Early specs show a massive 906 peak horsepower, with a very respectable 455 continuous horsepower.

Torque (980 pound-feet) and towing capacity (8,000-plus pounds) are solid, but not all that competitive with the large crop of electric trucks headed to market next year. 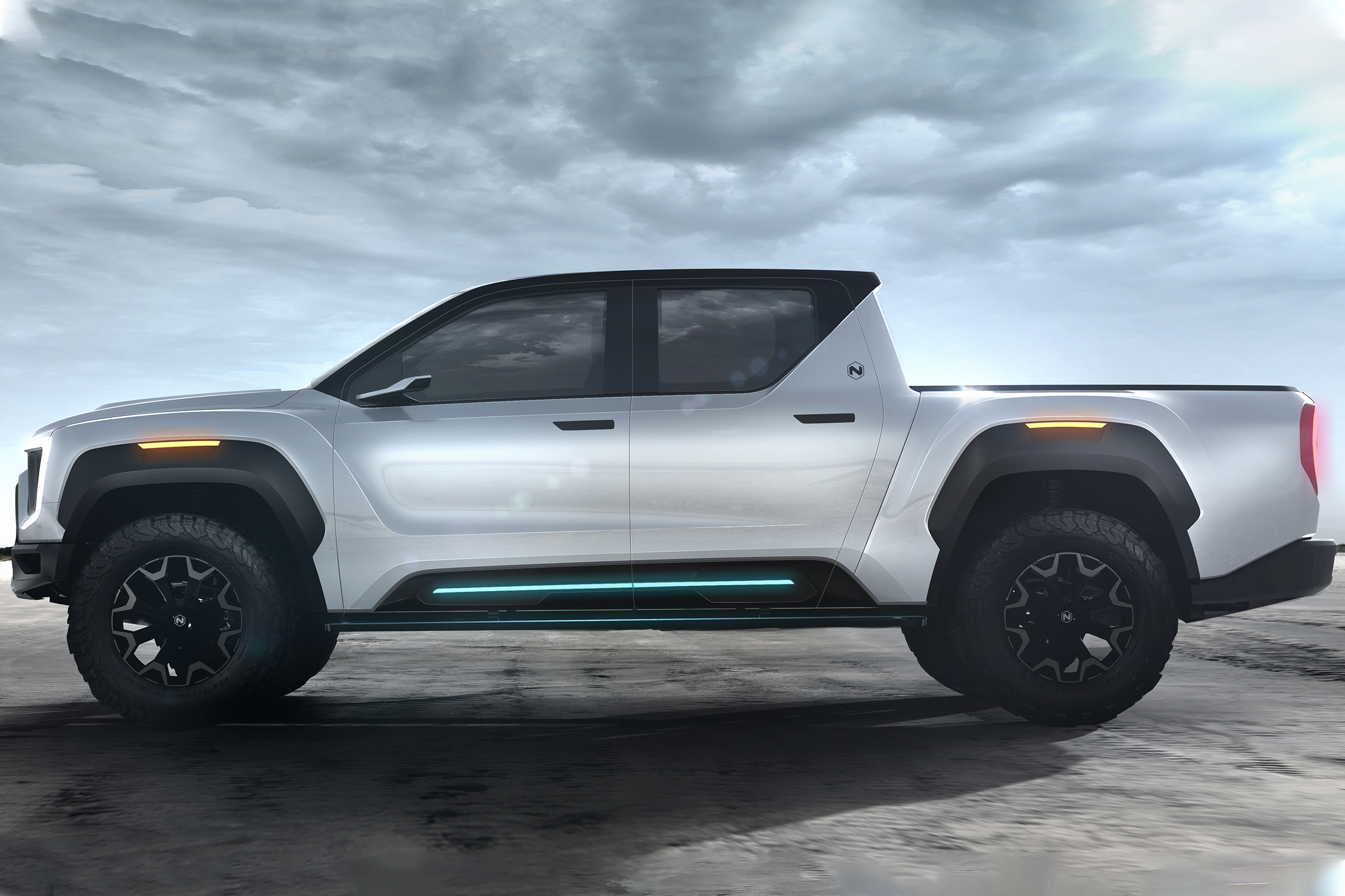 “Nikola has billions’ worth of technology in our semi-truck program, so why not build it into a pickup truck?” said CEO Trevor Milton.

“I have been working on this pickup program for years and believe the market is now ready for something that can handle a full day’s worth of work without running out of energy. This electric truck can be used for work, weekend getaways, towing, off-roading, or to hit the ski slopes without performance loss — no other electric pickup can operate in these temperatures and conditions.”

As a testament to its commitment to cleaner vehicles, Nikola has already raised billions in funding to bring a hydrogen fuel-cell semi-truck to market in 2021. And with prototypes currently on the road, the brand appears well on its way.

Still, the biggest hurdle for any hydrogen fuel-cell vehicle is the availability of hydrogen fueling stations. As yet, there are very few across the country.

But Nikola plans to roll out 700 stations across North America soon. And the brand plans to have these stations make hydrogen from water and renewable electric power, not natural gas, to reduce total carbon emissions. 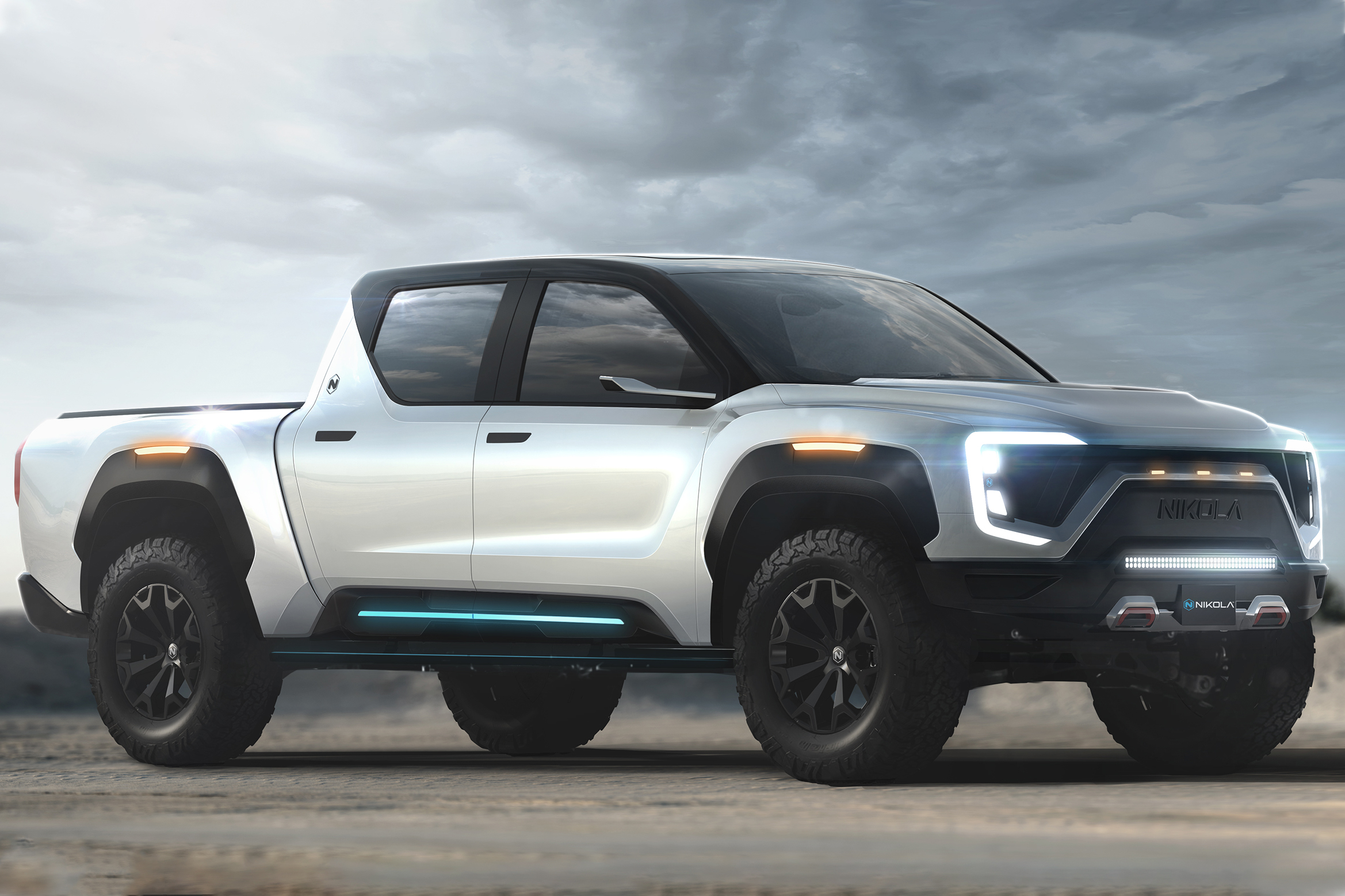 Tesla had its big Cybertruck reveal — and it might have been the most successful marketing stunt of all time. But Nikola is working with reality TV star Heavy D, from the hit show “Diesel Brothers.”

According to Nikola, Heavy D will help “design, build, and test the Badger in real-world environments.” The exposure from this partnership could attract millions of viewers from around the globe.

“The program will help drive down the cost of the fuel-cell components on our semi-truck while accelerating the hydrogen station rollout,” Nikola president Mark Russell said.

“Giving customers the option to order a fuel-cell or battery-electric version will ensure we drive the cost down for everyone across our lineup.” 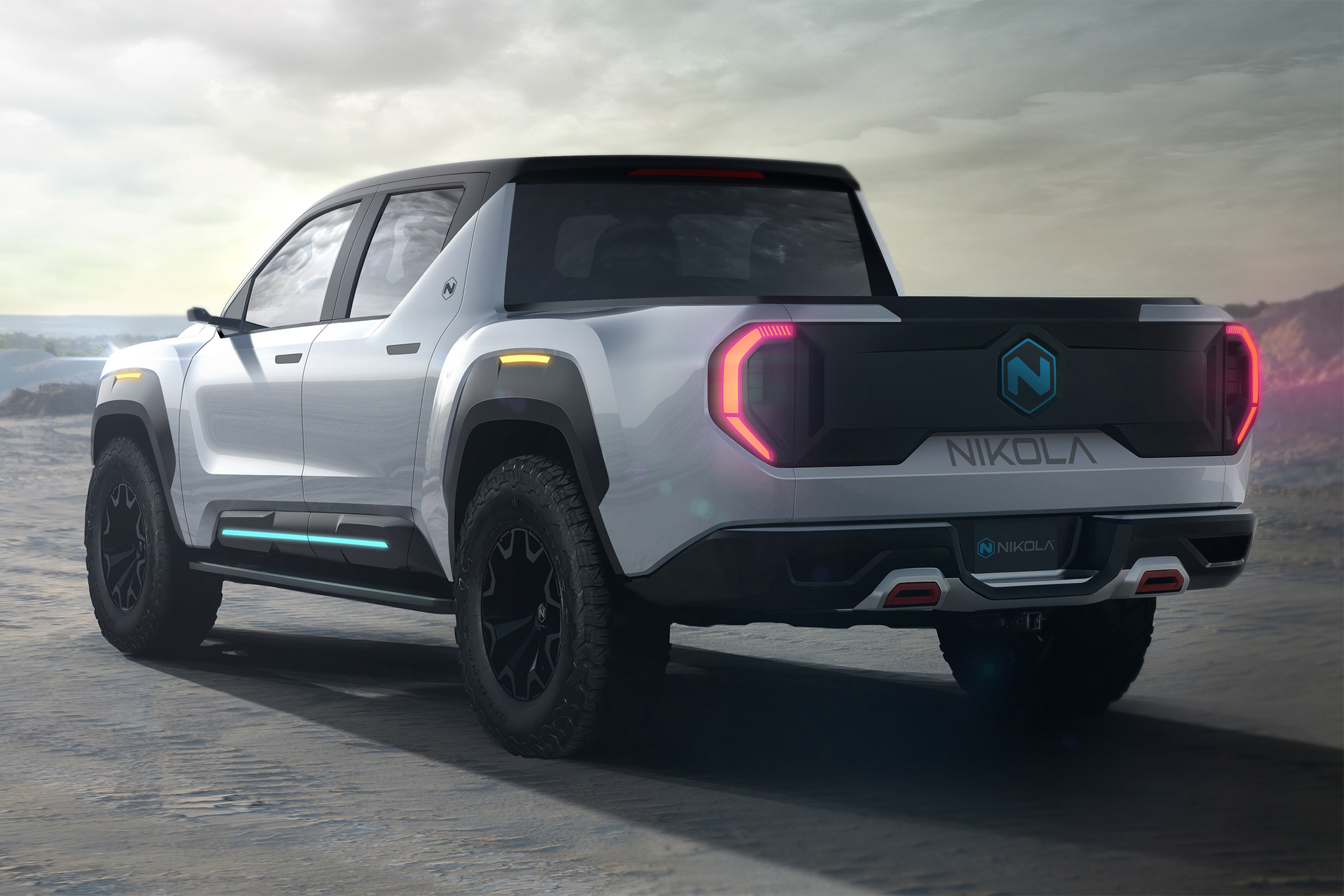 We expect the Nikola Badger to make its formal debut in September at Nikola’s Phoenix headquarters. And the brand targets production to begin in 2021, but that could prove tough with many questions still unanswered.

Nikola said it will take “limited reservations” for the Badger later this year. To stay up to date on all things Nikola Badger, you can sign up here.

Up Next: Mercedes Launches a Pop-Top Van You Can Buy in America

Saving…
Mercedes Launches a Pop-Top Van You Can Buy in America
Overlanding on the Cheap: Build a Budget Off-Road Vehicle
×