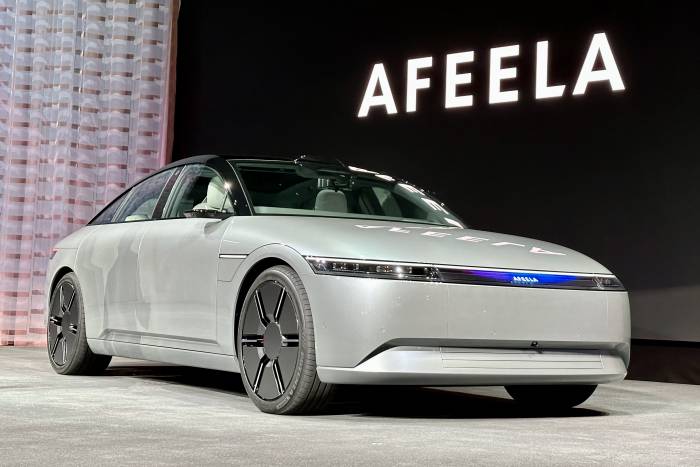 Sony has once again shown up in Las Vegas at the annual Consumer Electronics Show (CES) with a car. This time it has a production partner, Honda, and a name for the car company, Afeela.

Today’s cars are already becoming computers on wheels, with even more technology expected to go into the vehicle in the years ahead. And that’s something Sony wants to take advantage of by creating its own brand of “software-defined vehicles.”

During a news event at CES 2023 in Las Vegas, Sony said its new joint venture vehicle with Honda will go into production in 2025. The Sony high-tech battery-electric vehicles will come to life under the brand name Afeela.

After years of toying with the idea of getting into the car business, Sony formally announced a joint venture with Honda during CES 2022. At the 2023 show, it fleshed out some of the details, saying that the first vehicle from Sony Honda Mobility will go into production in 2025. But rather than carrying either one of those familiar brand names, the high-tech vehicle will be badged Afeela.

“We will write a new chapter in the history of how people move,” Sony Chairman, President and CEO Kenichiro Yoshida told a standing-room-only audience at the Las Vegas Convention Center.

During a lengthy presentation, Sony Honda Mobility CEO Yasuhide Mizuno offered insight into the partners’ plans. Significantly, little was said about the vehicle’s drivetrain — though it will use an all-electric drivetrain, the company previously noted.

And it was far from clear whether the jellybean-shaped sedan that rolled onto the CES stage is anything more than a concept vehicle. In today’s market, SUVs and CUVs far outsell four-door models.

An Array of Sensors

What Yoshida and Mizuno — and a procession of other speakers — focused on was the technology that Afeela vehicles will rely on.

That includes an array of 45 cameras, radar, Lidar, and other sensors that they promised would make Afeela vehicles far safer than anything on the road. The technology also will allow for autonomous driving, they promised. And it appears that Sony Honda is targeting far more advanced capabilities than what current systems like General Motors’ Super Cruise or Tesla’s Autopilot can deliver.

And there’s a reason that goes beyond enhancing safety. With the person behind the wheel largely freed up from actual driving duties, they’ll likely want to find other things to do besides staring out the windows.

And with its vast collections of film and video studios, music labels, and video games, Sony will be only too glad to serve up whatever is needed using the 5G connectivity it plans to build into Afeela products.

The automaker is by no means unique in seeing opportunities to profit from “software-defined vehicles.” A number of manufacturers, such as BMW and Mercedes-Benz are showing their own versions of connected vehicles at CES 2023.

The revenue streams they generate could be substantial. Carlos Tavares, the CEO of Stellantis, has estimated that software-related services could generate more than $20 billion annually for his company. General Motors CEO Mary Barra has predicted that the typical motorist will spend $150 a month by decade’s end for things like in-car entertainment and the necessary hardware.

There have been skeptics, however, and a new study by Deloitte warned that motorists may be less willing to sign up for in-car subscription services than manufacturers like Sony Honda Mobility are counting on.

The startup has yet to offer any sense of what its new vehicles will cost. But Mizuno said he expects to begin taking preorders during the first half of 2025. Production will start later that year, he added. And the first deliveries to U.S. customers will begin in spring 2026.

Honda officials were notably absent from the CES presentation on Wednesday. But they have indicated in the past that the joint venture is considering several possible production sites, including ones in the United States.

Also, notably absent is a website for this new high-tech car company — but you can see a bit more about an early version of the Sony car on its Vision S website. 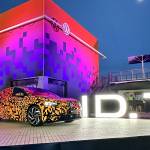 Volkswagen’s lineup of battery-electric vehicles is finally going to grow — and fast. The latest is the VW ID.7 sedan, just unveiled at CES. Read more…