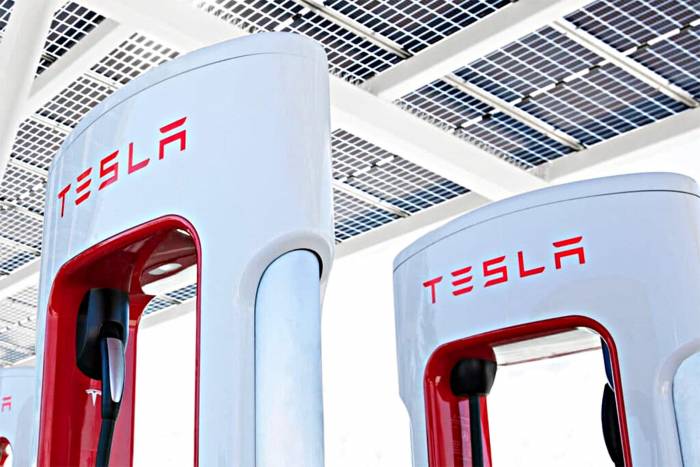 The lack of a readily available public charging network is a major concern for potential EV buyers, according to numerous surveys. But, finding a place to plug in will get significantly easier starting late this year when Tesla opens up its Supercharger network to EVs from other brands.

With over 1,400 Supercharger stations scattered across the U.S., Tesla has the largest network of public EV chargers in the country. They’ll soon be available to anyone driving a battery-electric vehicle, whatever the brand, according to a memo released by the White House.

“Later this year, Tesla will begin production of new Supercharger equipment that will enable non-Tesla EV drivers in North America to use Tesla Superchargers,” according to the White House memo.

At the moment, those high-speed chargers can only be accessed by Tesla owners, though the automaker recently began opening them up in parts of Europe and will follow up in the U.S. by the end of this year. That is expected to provide a critical boost to the nascent EV market.

A survey of U.S. motorists released this month by Consumer Reports found that the lack of a robust charging network is one of the biggest obstacles to widespread EV adoption.

Unlike its primary competitors, Tesla moved early to set up its own high-speed charging network, a strategy that analysts credit with helping build both demand for EVs and loyalty to the now Texas-based brand.

The Supercharger network has been growing rapidly, from around 1,200 locations in the U.S. at the end of December 2021 to 1,407 as of early June. The number of individual charger ports varies by location, but some stations have more than 10.

The Supercharger facilities are found in all 50 states, as well as Washington, D.C., and Puerto Rico, according to Tesla. California has the most stations, at 287, or 20% of the Supercharger network total — reflecting both the state’s population and its position as the largest single market for EVs in the United States.

The opening of the Supercharger network could create some challenges. Tesla fan sites are filled with reports of crowded stations and lines of owners waiting for their turn to plug in.

To support the move, Tesla notified the White House that it is accelerating the network rollout and will expand the production of its physical Superchargers at a plant in Buffalo, New York.

“This is definitely significant. Every new charger helps right now,” Sarah Nielsen, an executive director with Jackson, Michigan-based Consumers Energy, told GearJunkie. “We’re at the point where we need a lot of fast chargers if for nothing else, to give people peace of mind.”

Industry data show that about 80% of today’s EV owners charge up their vehicles either at home or at work. And the research indicates that’s likely to remain the case in the years ahead. For owners, that provides the advantage of having the equivalent of a full tank of electrons at the start of each day.

But that’s problematic for those who can’t install a home charger, as well as for tourists and business travelers who need to charge up en route, said Nielsen.

Tesla is by no means the only operator expanding its charging network. Electrify America, for one, plans to have 1,800 locations open by 2026, with 10,000 individual charger ports.

As part of the infrastructure bill passed by Congress last year, President Joe Biden has laid out plans to have 500,000 charger ports available across the country by 2030. By that time, the president has targeted having plug-based models account for as much as 50% of the new vehicles sold.

GearJunkie reached out to Tesla but has not received a response from the automaker, which no longer operates a media relations department. While specific details are not available, it is expected that the expanded Supercharger network will continue to use a charger plug unique to Tesla.

Those who will plug in non-Tesla vehicles will need to acquire an adaptor — something that comes with every new Ford F-150 Lightning already.

Also unclear is whether non-Tesla users will pay an additional fee to access a Supercharger.