The Rivian R1T’s latest update provides drivers with a host of cargo security features — and it’s about time.

The design unifies three major components — the gear cable, camera array, and alarm system — into a feature set that could distinguish it from every other vehicle security environment on the market.

Here’s how it all works.

Rivian’s video monitoring and alarm systems sound, more or less, like improvements to the antitheft functions consumers have come to expect. Those are valuable but not as exciting as the concept that inspired Gear Guard — the cable. So let’s talk about that first. 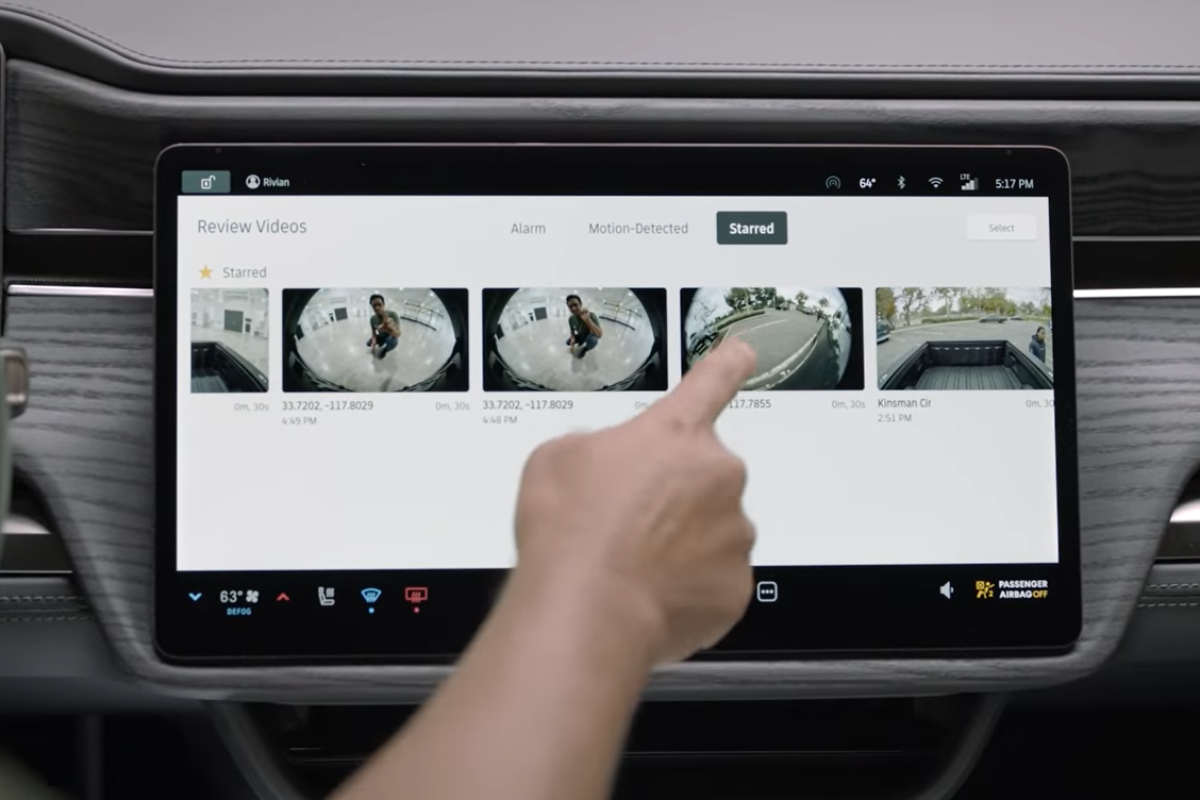 The company wanted to find out where today’s market was falling short on customer satisfaction. So its development team met up with mountain bikers, powderhounds, and other outdoor adventurers.

They quickly learned drivers aren’t very concerned about car theft; they’re concerned with safeguarding their outdoor equipment — something that most of us can relate to. 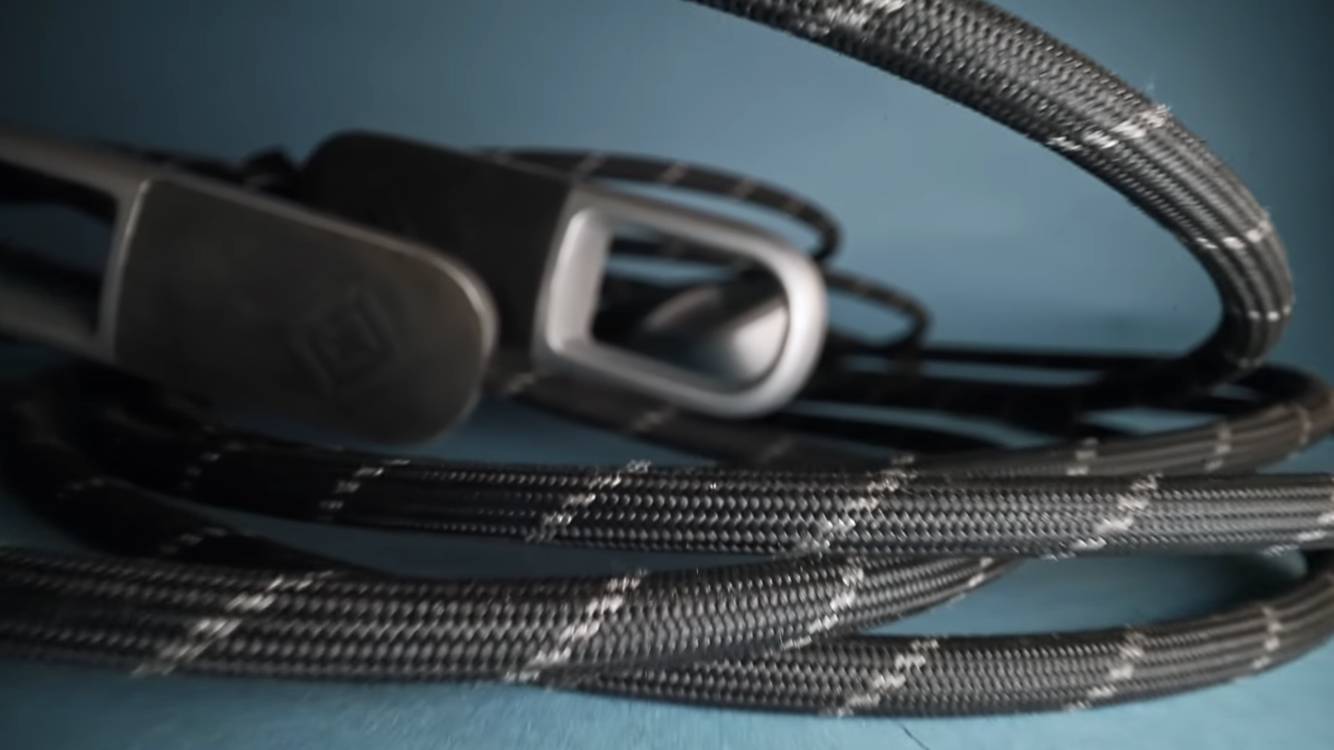 A cut-resistant braided steel core and woven nylon sheath make up the smart cable. Instead of using a key or combo lock, the cable’s end clips into a bezel within the truck bed. From there, its locking mechanism synchronizes with the vehicle’s and can be controlled independently through the Rivian app.

Currently, Rivian only offers an 8-foot gear cable but will release a 14-foot version in spring 2022. Still, the 8-footer is long enough to secure gear on the roof and in the bed. 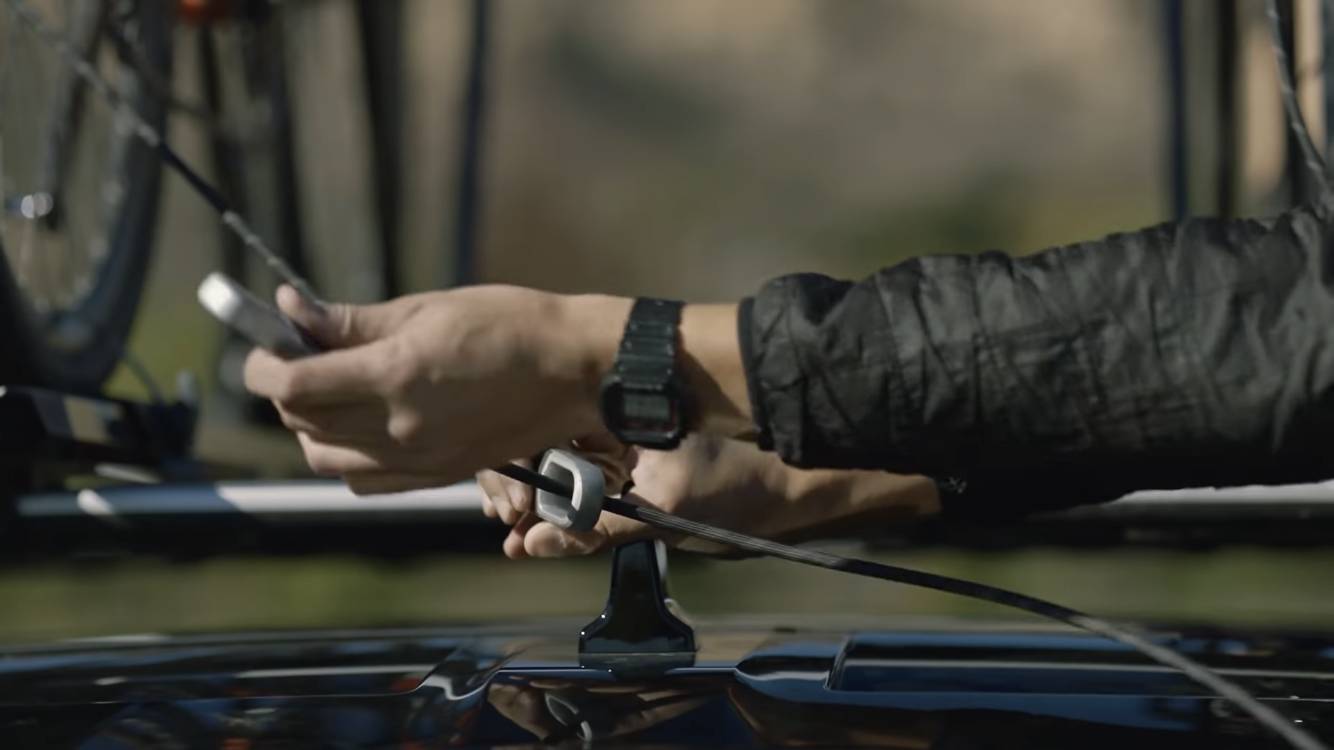 For the Gear Guard update specifically, Rivian turns five of the R1T‘s 11 embedded cameras into “gear cameras.” Located in the front bumper, both side mirrors, above the truck bed, and above the rear license plate, the gear camera array provides 360-degree optics around the truck and in the truck bed. 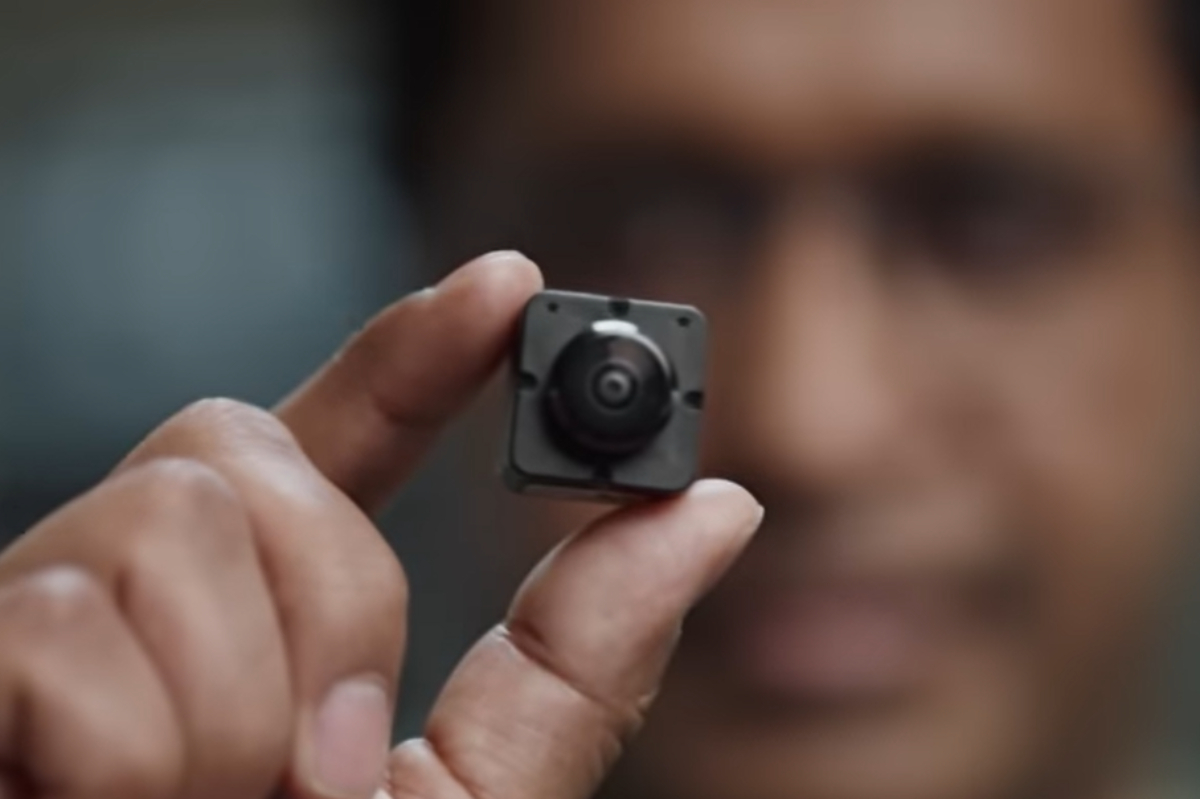 When the vehicle is parked, the video monitoring system records any proximal human activity in 30-second segments. Each clip is stored in the smart system, viewable on the R1T’s touchscreen display.

The alarm system deters potential thieves from coming too close to the truck and alerts the owner through the Rivian app.

Load and secure your bike without sacrificing any cargo space. Our expert breaks down Rivian's tailgate bike rack. Read more…

If the Gear Guard system sounds a little simpler than you’d imagined, just know that simplicity is what Rivian is going for. “It’s not about creating this fortress,” said the Rivian team. “It’s about getting out in the world and living your adventures.”

The Gear Guard security ecosystem -alarm and cameras- will come standard on all R1T models; Launch Edition, Adventure, and Explore. In the future, you’ll also be able to buy the Gear Guard cable separately through the Rivian Gear Shop.

Check out our review of the R1T and how it stacks up against the GMC Hummer EV truck.

Watch the video below and head to rivian.com/gear-guard-protection to learn more.

Up Next: Aston Martin DBX: Top 7 Things We Love About This Athletic Luxury SUV