Xia Boyu became the first double-amputee to summit Mount Everest from the south side of the mountain on May 13, 2018.

The spring summit season on Everest is now underway. Over the next few days, scores of climbers will head to the top of the 29,029-foot peak. Yesterday saw the first successful summits of the year on the world’s highest mountain, and among them was a global first.

Xia Boyu, a 70-year-old double-amputee from China, was part of the first commercial squad of climbers to reach the summit of Everest on Sunday. Boyu had waited more than 40 years for this opportunity.

If successful, Xia Boyu will be the first ever double-amputee to reach Everest's summit from the south side. Read more…

According to The Himalayan Times, he topped out around 7:30 a.m. local time, not long after a group of eight Sherpas finished installing the fixed ropes that provide access to the highest point on the planet. In doing so, Boyu became the first double-amputee to successfully climb Everest from the south side of the mountain.

New Zealander Mark Inglis accomplished the same feat in 2006 from the north side in Tibet. 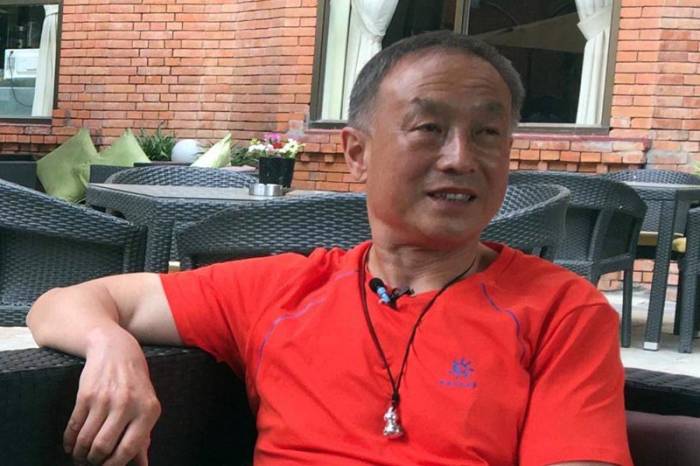 It took Boyu more than four decades and five attempts to fulfill his dreams of climbing Everest. His first expedition to the mountain came in 1975 and led to the amputation of his legs. He was part of a Chinese team turned back from the summit due to poor weather conditions.

They bivouacked in a tent at 26,200 feet (7,985 meters) for three nights. When one team member took seriously ill, Boyu lent him his sleeping bag. As a result, he contracted severe frostbite, which eventually resulted in the amputation of his legs.

Almost 40 years later, Boyu returned to Everest to attempt the mountain once again, this time from the south side in Nepal. But the 2014 season was cut short when a pillar of ice in the Khumbu Icefall collapsed, killing 16 Sherpas. The Chinese alpinist came back for a third time in 2015, but a massive earthquake rocked Nepal, claiming the lives of hundreds of people and bringing an abrupt end to that season too.

Undaunted by his previous experiences on Everest, Boyu attempted yet another climb in 2016. Unfortunately, that expedition came up short too, with the double-amputee turning back 325 feet (90 meters) below the summit due to high winds.

Fortunately, he put everything together this year to stand atop the mountain at long last.

Over the course of the next few days, more than 450 climbers are likely to join his successful summit bid. Roughly 340 people are attempting Everest from the south side this year. Another 120 will make the attempt from the north side.

A good weather pattern has descended over the Himalayas. The best conditions should take place between now and the end of the week. This should prove a good window for many climbers to get up and down safely.