More than 1,000 friends, family, and complete strangers have raised north of $100,000 in under a week to help offset Costa’s medical and recovery expenses following a near-fatal accident last month. 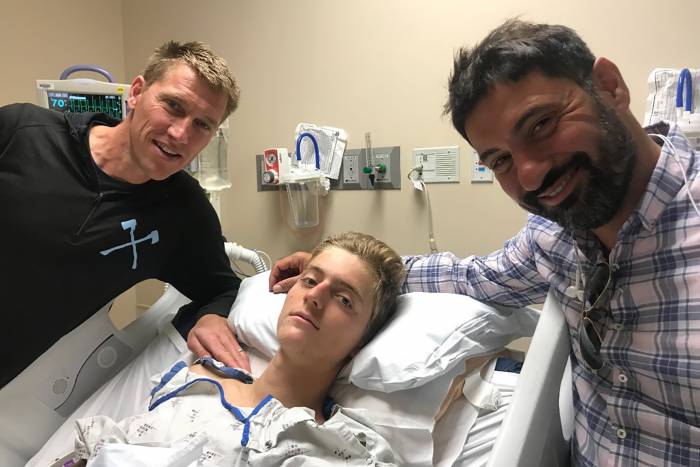 Costa, a former pro cyclist with the Hagens Berman Axeon Cycling Team, was scrambling up a talus field at about 11,400 feet along the north ridge of Conness Glacier on July 29 when disaster struck.

According to Costa’s GoFundMe page, a two-ton boulder came loose and crushed the young cyclist’s leg against another rock below. By a stroke of luck, two hikers happened to be nearby and saw him trapped. They immediately contacted the Mono County Sheriff’s Office Search and Rescue, which managed to pinpoint Costa’s location despite rescue complications.

According to the account posted by Costa’s former team, the wildfires raging throughout the state made launching a rescue helicopter difficult. But by another turn of events, a National Guard UH-60 Blackhawk on assignment to help quell the fires was close enough to Costa’s location to complete the rescue.

Costa reportedly arrived at the Renown Regional Medical Center in Reno, Nev., in critical condition. To save his life, doctors had to amputate his right leg above the knee.

Born in California, Costa turned pro in 2016. That year, he became the first American to win Tour de Bretagne, a French stage race. Costa’s friends, family, and teammates are accepting donations to help with his medical bills and future recovery efforts. You can donate or help share his story through Costa’s GoFundMe page.

Up Next: Nepali Government Vows to Ground Helicopter Rescue Scams