We can’t decide if the Alpha Motor Saga Estate is a pre-apocalyptic incarnation of Mad Max’s car or a crossover for millennials pretending to be mid-century modern yuppies. But we all agree — it looks really freaking cool.

The Saga Estate is Alpha’s fifth design. The Irvine, California-based company hit us with its first concept, the Ace, back in January. Fast-forward a year, and today you can preorder any of its all-electric, preproduction vehicles.

Each design seems to draw on an aesthetic rooted in both futurism and nostalgia. The cars strike a cute 1960s vibe with fender flares and gently rounded surfaces. The truck, called the Wolf, recalls the sharp angles and rigidity of off-road-ready Jeep pickups from the ’80s. Meanwhile, the vehicles’ electric platforms and digitized dash fixtures make them belong in the 21st century. 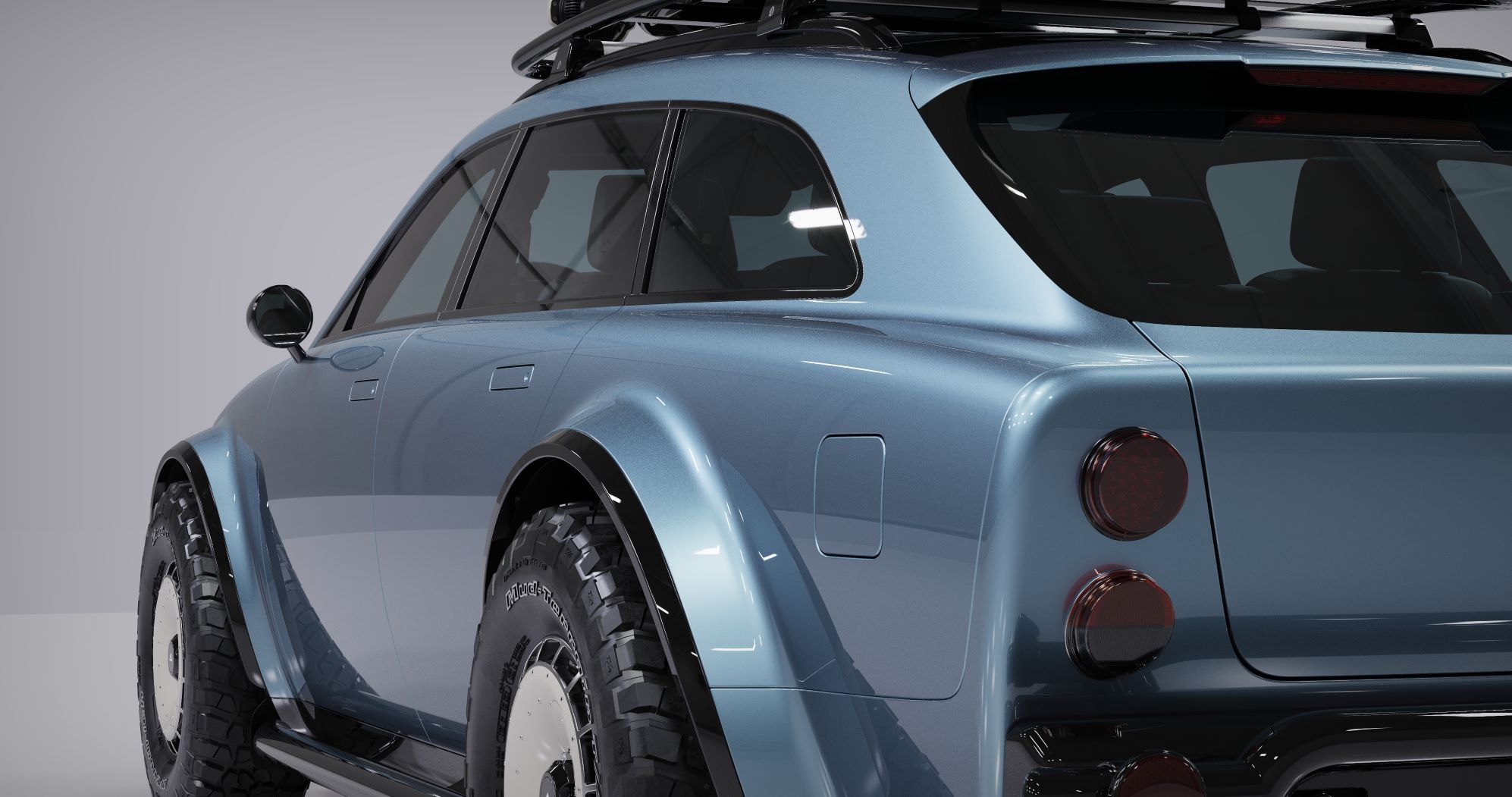 The Estate is the third installment in Alpha Motor’s series of family cars. Building on the sedan unveiled at the Los Angeles International Auto Show, it adds cargo room and facilitates a claimed 300-mile range. Updates resulted in a front and rear combined cargo volume of 35 cubic feet.

Though the Estate is still in the concept phase, Alpha says it will equip it with a 450V dual-motor all-wheel-drive system powered by an 85kWh lithium-ion battery pack.

Charging time looks like an advantage; the company projects that the car will charge to 80% of capacity on DC power in an hour.

Ford is the first to market with a vehicle-to-vehicle charging solution. But Ford's Pro Power Onboard system doesn't stop there. Read more…

The futurist nostalgia pops in the Estate’s interior. The instrument panel is fully digital, but the display has circular dials. There’s a big display screen in the middle of the dash. Below, there’s a fixture that looks like an old-school dash-mounted radio.

Alpha Motor says the audio and climate are haptic-controlled, which in this case might be a fancy way to say “dial-controlled.” Haptic simply means “touch-related.” 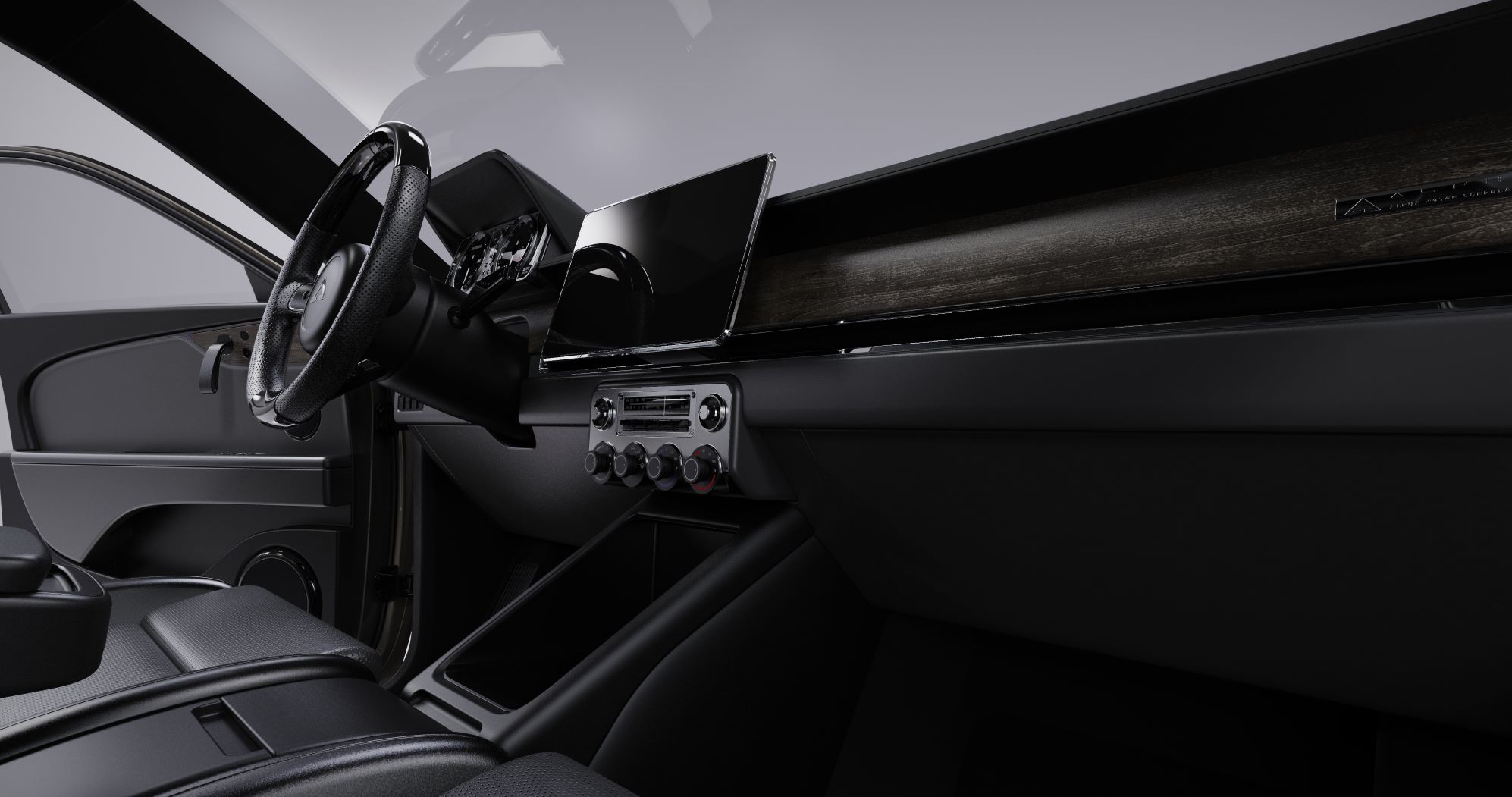 You can preorder the Saga Estate crossover on Alpha’s website now, but zero delivery details are available. So far, the company’s total substantial output looks to be a Wolf truck prototype.

A press release said it has “initiated” its production program and supply chain research. However, it also said it “initiated an assessment” for vehicle manufacturing. 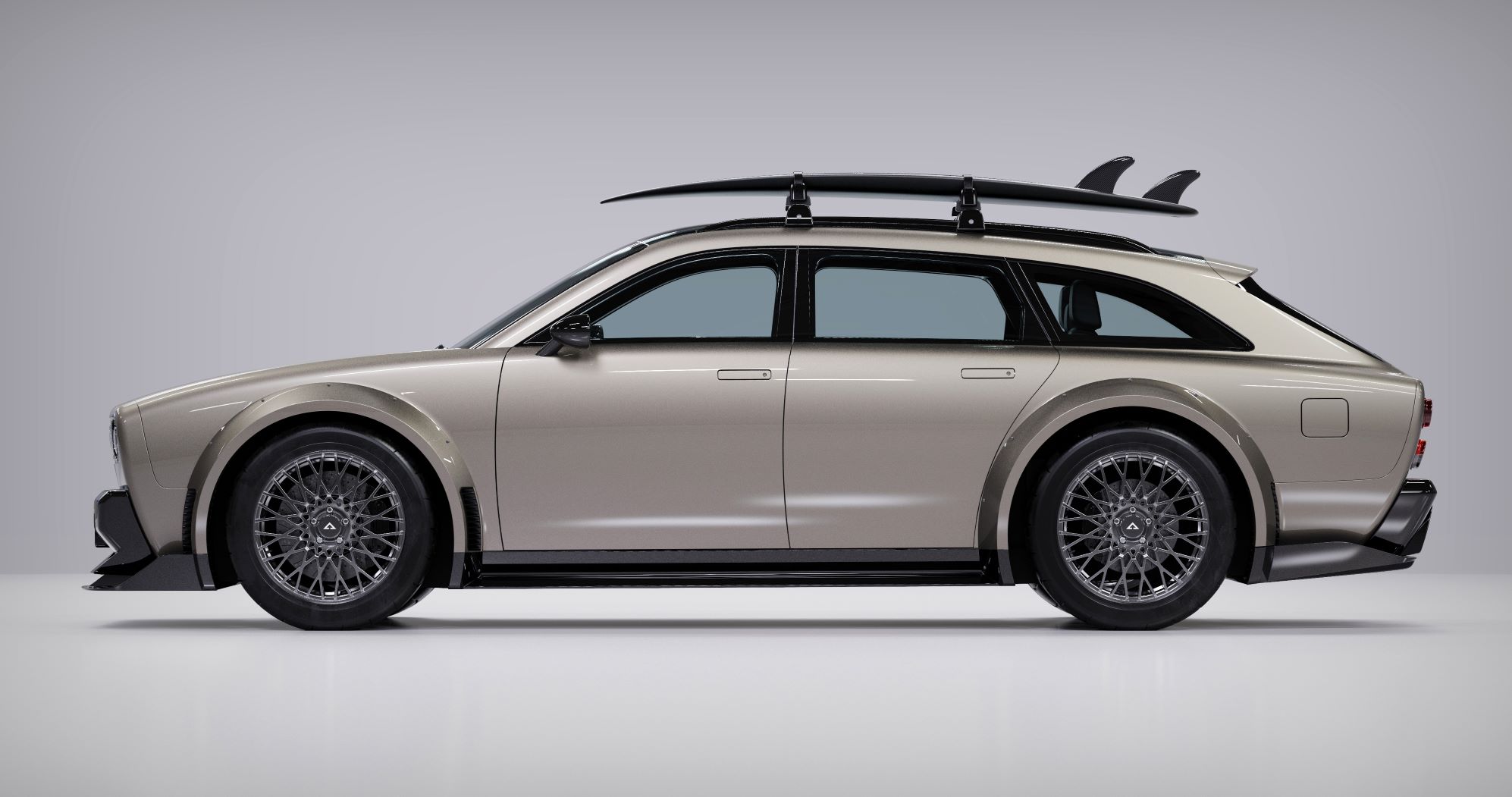 What does that mean? For now, Alpha’s market arrival remains elusive.

“In 2022, Alpha Motor Corporation aims to make considerable progress in vehicle production and robust preparations for future market entry,” the company said. “Our unwavering commitment is rooted in a system that grants consumer accommodation and access to quality electric vehicles.”

Preorder the Saga Estate now, and you might get it before the world goes Mad Max. Two colors are available: a metallic beige called “Grace” and a cornflower blue called “Royal Safari.” MSRP is projected to be $45,000-55,000.

Up Next: Vista Outdoor Acquires Stone Glacier, Adds to Its Arsenal of Hunting Brands

Saving…
Vista Outdoor Acquires Stone Glacier, Adds to Its Arsenal of Hunting Brands
‘Give It a Shot’: Learn Your New Favorite Sport From Ballinger, Townsend, and More
×