Forty-one stitches and a nasty blow to the head prove the Sunshine State does, in fact, have bears. Real. Serious. Bears. 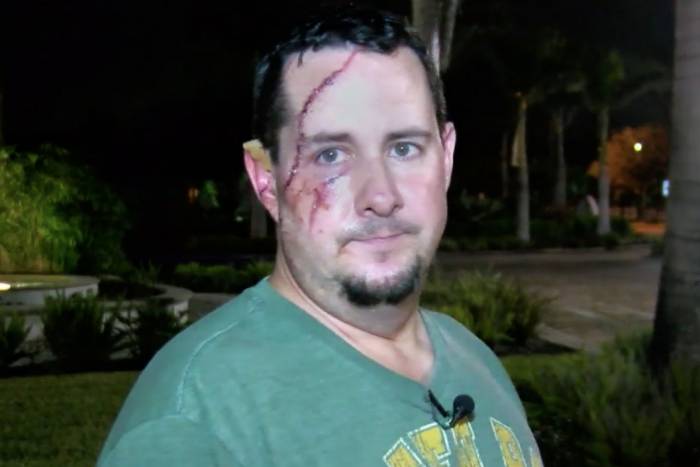 If you see a bunch of donuts laying around Naples, Fla., do not touch them. Those are bear bait.

The frosted delights were put out recently by the Florida Fish and Wildlife Commission (FWC) following a nasty bear attack this week that put one man in the hospital. According to ABC News, the attack marks the first ever human injury caused by a bear in south Florida.

“I came outside, and he was right there,” said Naples resident Andy Meunier. According to Meunier, he then “caught an uppercut from a brown or a black bear” that gashed his face and sent him reeling.

According to reports by ABC World News Now, the bear measured 4 feet long. Meunier saw it as he stepped outside to let his dog out.

“It was just as scary as you can imagine,” Meunier told ABC affiliate WZVN. According to the report, Meunier was in surgery for four hours following the attack and received 41 stitches across the right side of his face.

“Truthfully, I’m just happy I got out alive,” Meunier said. “I don’t care if this scars, or anything, I walked away with my life, and it could’ve been a whole lot worse.”

Though Meunier was seen wearing a Green Bay Packers shirt, there is nothing to back rumors it was a Chicago Bear.