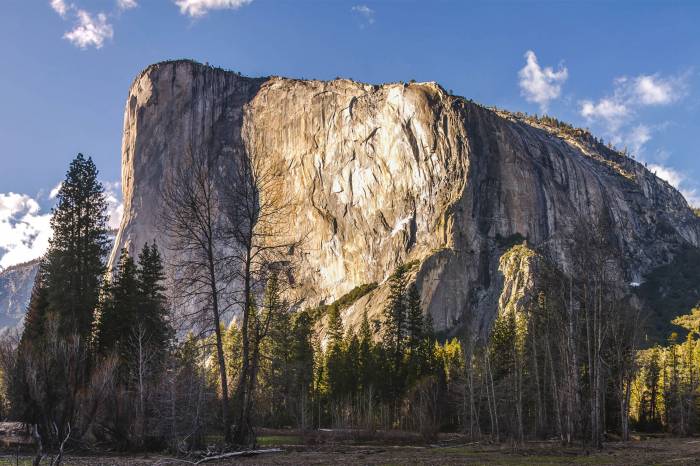 Yosemite’s iconic dirtbag campground has become ‘inefficient and has contributed to wildlife issues,’ according to the National Park Service.

For more than 70 years, Camp 4 has provided a launchpad for some of the biggest names in climbing to tackle routes in Yosemite Valley. Royal Robbins, Tom Frost, and Yvon Chouinard set new routes and developed new gear for the burgeoning sport. And they did it from Yosemite National Park’s Camp 4 Campground.

The camp became so renowned among climbers and tourists that it even earned a spot on the National Register of Historic Places. This year, however, the National Park Service (NPS) will test out a major change to the campground. Beginning May 21, 2019, the NPS will launch a daily lottery system to assign sites to Yosemite visitors.

The move marks a significant shift from Camp 4’s first-come, first-served model — the only such campground in Yosemite Valley.

“The current registration system no longer serves the public and meets the needs of current campers,” the NPS wrote in a press release. “In order to wait for one of the available spaces to open up, campers line up all day, and sometime the night before, with the hopes of getting a camping space. This system is inefficient and has contributed to wildlife issues due to improper food storage, out of bounds camping, and conflicts between campers.”

According to the NPS, the pilot lottery will run through Yosemite’s busy summer season: May to early September. Campers will enter the lottery via the Recreation.gov website.

Each lottery will open at 12:01 a.m. Pacific Time the day before the intended arrival date and will remain open until 4:00 p.m. The NPS said the system will work similarly to the park’s Half Dome daily lottery, with applicants automatically and randomly matched to open campsites.

The NPS also said it will evaluate how the system works. Each lottery application will carry a non-refundable fee yet to be determined. Lottery winners will then pay a $6 fee per night to camp and can register up to 7 nights.